If you want to know why step on glass at Jewish wedding, there are three reasons related to this Jewish wedding tradition. We will discuss each, explain what glass is used, and who breaks the glass at the ceremony. 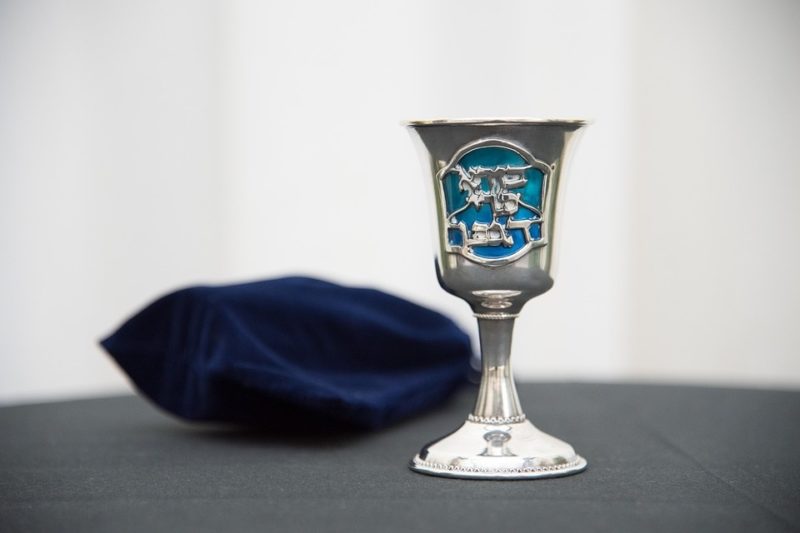 Stomping on items at weddings is not a common tradition, but breaking and stepping on glass is often seen in Jewish weddings. It is traditionally done by the groom alone, but nowadays, the Jewish couple will share the action and smash the glass or glasses.

One of the reasons why Jews step on glass in their weddings can be understood if you are familiar with the writing of the Talmud, Berakhot 5:2. There should be trembling for every rejoicing, so the glass breaking is the “trembling” in the “rejoicing” of a wedding.

By the 14th century, stomping on glass at a wedding also symbolized the destruction of the Temple in Jerusalem. Jews recall the pain, losses, and the need for healing at an event like the wedding, where personal joy is high.

When wedding traditions are explained, they often have positive connotations, such as good luck or hope. But the explanation why the bride and groom step on glass in a Jewish wedding is a reminder of the relationship’s fragility.

However, this doesn’t mean that Jewish weddings are not as hopeful of a lasting marriage. Instead, the breaking of glass serves as the incantation.

The glass is already shattered, so the marriage will not be as fragile or can get broken. And similar to other wedding traditions dedicated to protecting the couple from bad luck, the loud noises when you step on glass are also thought to frighten demons that may harm the happy couple.

The final explanation for Jewish wedding glass breaking has a sexual connotation. The glass being broken serves as the symbol for the release of sexual union.

Remember that in most wedding traditions, sex is reserved for the married couple, and it is even required to consummate the marriage. Breaking the glass at a Jewish wedding implies the breaking of the hymen, which is also why the groom used to be the only one stepping on glass.

Do you know what is a wedding garter? It is also a wedding symbol related to a tradition that implies the bride’s virginity.

Who Breaks The Glass At A Jewish Wedding?

For safety reasons, the glass is inside a cloth bag, and the groom will be invited to step on it until it’s crushed by his right foot. However, it can also be a piece of glass or two inside the bag, and both the bride and groom will be stomping on it.

Since some related the glass breaking as a way to frighten demons or bad luck, glass is sometimes substituted with a lightbulb as well. Lightbulb is easier to break, making a louder noise during stomping.

When do you break the glass in Jewish weddings?

Thin glass is wrapped in a cloth or napkin, and it will be the groom who’ll step on it at the end of the ceremony. Of course, he’ll smash the glass after the rabbi’s address or benedictions, but stepping on the glass can also be after the betrothals, depending on how traditional the wedding is.

How do you break the glass in a Jewish wedding?

The groom or both the bride and groom will step on a prepared glass covered in cloth or napkin to contain the shattered pieces. However, it is preferred to use a silver kiddush cup for nuptials and a glass goblet for betrothals because they retain the significance and history behind this Jewish wedding tradition.

After the seven benedictions, the rabbi will pour the remaining wine from the glass into a prepared bowl. Then, he will wrap it in a napkin, and the groom will put it on the floor before stepping on it.

What Kind Of Glass To Break At Jewish Wedding?

Ancient custom designated any of the wine cups to be broken. Breaking the nuptial cups is preferred by Maharil but Rema, on the other hand, preferred the betrothal cup.

Regardless, any glass where the blessing was recited can be smashed or any glass in general if silver cups were used. Nowadays, even a bulb is used because it’s thinner and louder.

Was this wedding tradition explanation guide helpful? To recap why step on glass at Jewish wedding, it can be from three symbols.

Glass breaking represents the destruction of the temple in Jerusalem, the fragility of marriage, or the release of sexual union between a married couple. And as for the glass used, nowadays, it can be any glass or even a bulb.

The groom will traditionally step on the glass after the ceremony, but it’s not uncommon for the custom to be shared by the newlyweds.