Whoever will throw the party is one who pays for baby shower, which means the host or hostess is responsible for the budget of the baby shower.

However, it’s also possible for the family or group of friends to throw the baby shower to make planning and budgeting easier. We will discuss the etiquette and everything to expect in more detail below. 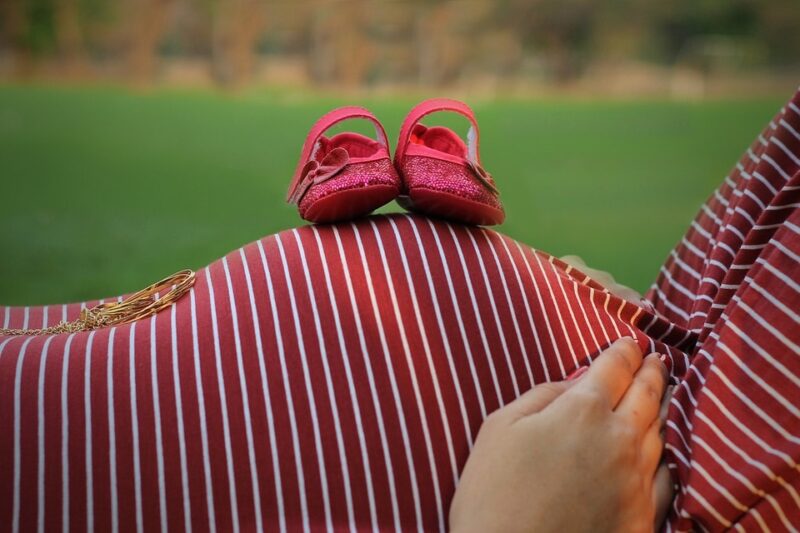 And for those considering an online baby shower to save on costs, here’s how to host a virtual baby shower.

Who Pays For Baby Shower Traditionally

Traditionally, the people hosting the baby shower are responsible for the party’s budget. This also makes sense because the parents-to-be should not pay for their baby shower.

On the baby’s parents’ side, it’s basic etiquette not to convince other people to throw them a baby shower. For example, you shouldn’t oblige your best friend or mom to host and pay for your baby shower.

While no one is throwing expectations on the mom-to-be’s mother, mother-in-law, sister, or any close female friend or relative, be aware that someone should plan a baby shower for her. You can always coordinate with other friends and family to have more manageable money to use for the event or plan a party within a reasonable budget.

Can I Ask For Donations For My Baby Shower?

It’s up to the parents-to-be if they prefer donations or monetary gifts for their baby shower from their guests. If they think they don’t need gifts or having a baby registry is unnecessary, some parents recommend to their friends and family to donate to an organization close to their hearts.

But what about donations for yourself and baby’s needs? Etiquette can cause an internal conflict as you don’t want to be perceived as trying to take advantage of the guests.

However, you can always clarify where the cash gifts will go. You can also send proofs to your guests who gave a generous amount when you give them their thank you cards.

How Expensive Should A Baby Shower Be?

Since the hosts will pay for the baby shower, organizing the money for the party’s budget is essential. Expect a baby shower to cost anywhere from $100 to $1,000.

If other friends and family are chipping into the baby shower budget, it’s best to be transparent. You can do this by having a group chat with the breakdown of where their shared money will go.

You can also modify the baby shower’s extravagance to stay within the budget. For example, have an intimate party with few guests or use your backyard as the venue to cut costs.

Should I Pay For My Friend’s Baby Shower?

Nobody is obliged to shoulder the costs of the baby shower. Even if you’re close friends with the baby’s mom, it’s acceptable not to take responsibility for the party’s host, mainly if you’re limited in your financial capacity.

However, you can always arrange the baby shower with other friends and family members of the parents-to-be. This lessens the stress of planning the baby shower, and you can also manage the money for the budget more comfortably.

Do Families Pay For A Baby Shower?

The baby’s family that will arrive is not obliged to shoulder the budget for the baby shower. It wouldn’t be fair to assume that expecting parents should pay for their own party and gifts for their baby.

And if your sister or daughter is the one who’s pregnant, it’s up to you if you want to host and pay the costs of the baby shower. The event is usually the responsibility of the mom-to-be’s closest friend or family member, but everyone differs in their financial capacity.

What’s Expected Of The Parents-To-Be At Their Baby Shower?

The baby shower is thrown for the baby and its parents. Therefore, there are no expected responsibilities for the parents-to-be except for showing up at their shower.

Of course, you should show your appreciation to the hosts and guests. Never be ungrateful for how the party turns out or belittle your gifts.

To ease the host’s duties, you can always give them your guest list to send the invitations to the shower to. You can also prepare thank you cards for the baby shower or do the favors the guests can take home.

Is It Okay To Have More Than One Baby Shower?

According to baby shower etiquette, having a baby shower is only expected with the first baby. This is because the parents already own items for having a child.

Baby showers were traditionally celebrated to give expecting parents gifts they could use for their babies. So if you already have a shower before, a second one might be perceived in the wrong light.

When Should You Send Baby Shower Thank-You Notes?

To show your appreciation to the guests who attended the baby shower, send the thank you cards two weeks after the event. You can also begin writing notes after receiving the gifts to avoid forgetting about them.

And that’s it! You just learned who pays for baby shower, which is the host of the party.

Overall, it’s the etiquette for the parents-to-be to not pay for their own party. But also be considerate of your family and friends, as no one’s obliged to pay for the baby shower if they’re incapable.