The answer to what is a Ketubah in Jewish wedding is it’s essentially the marriage contract in Jewish weddings. It’s an agreement made by witnesses where the husband ensures to his wife that he will meet the conditions of marriage.

We will discuss the Ketubah in more detail below, including what’s written on it and who signs this Jewish marriage contract. And if you’re also curious about Jewish marriage traditions, you can read how long is a Jewish wedding. 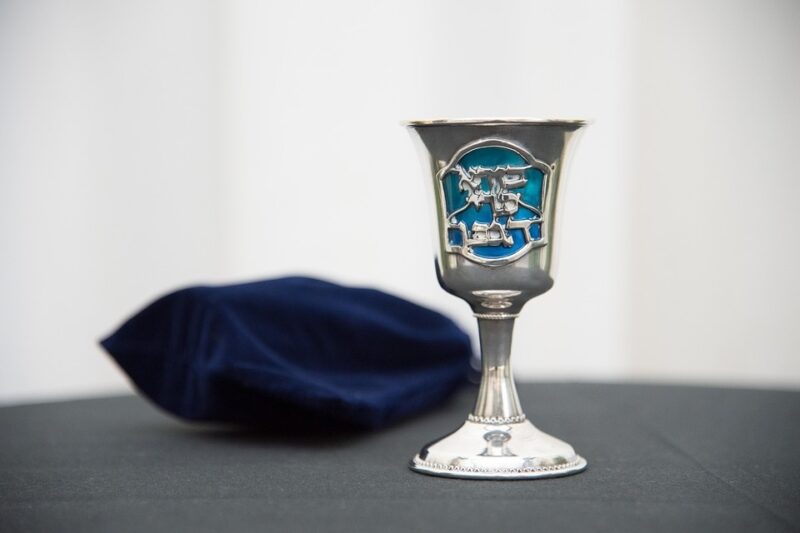 Everything To Know About What Is A Ketubah In Jewish Wedding

In Jewish weddings, there is a Jewish marriage contract called the Ketubah. It’s a unilateral agreement that follows Jewish civil law.

According to Chabad.org, witnesses draw the contract in which the husband ensures to his wife that he will meet the conditions of marriage. However, the Ketubah is not a ceremonial scripture or prayer, nor is it a type of state document.

The Ketubah or ketubot (plural) is intended to protect the wife in case of divorce or widowhood. According to Jewish law, the contract entails the groom’s responsibilities to his bride.

What is the purpose of the Ketubah?

The Ketubah in a Jewish wedding is a marriage contract that states the marriage conditions the husband must meet according to the Torah. These conditions include conjugal rights and providing his wife with clothing and food.

The conditions also state that his heirs will have inheritance rights if he dies before his wife. Furthermore, he will pay a sum in case of divorce.

Because of this, the Ketubah is not a mutual agreement. It is also not a way to purchase the bride but instead represents the groom’s statements and the bride’s acceptance of the marriage proposal.

What Is Written In A Ketubah?

The Ketubah in Jewish weddings will have the following details:

It’s also worth mentioning that decorating the Ketubah is a common Jewish tradition since its read and displayed during the wedding ceremony. And while the text is standard among Jewish communities, the art of the Ketubah varies.

More than beauty, the art in ketubot is also a reflection of the specific Jewish community that produced it. You can distinguish different communities based on how they decorate their Ketubah.

Who Signs The Ketubah In A Jewish Wedding?

Even though the Ketubah is a Jewish wedding contract, it’s not signed by the couple at the ceremony. Instead, two witnesses unrelated to the bride and groom will sign the Ketubah.

These witnesses must be male, but modern Jewish ceremonies also have female witnesses. It’s even possible to have more witnesses if there is space for them to sign in the Ketubah.

Who will attend the Ketubah signing? Of course, the witnesses and the officiant who will all sign the Ketubah must be present, but only the closest people can attend the signing itself to the couple.

The Ketubah can be signed at the groom’s reception. However, getting the contract signed in the ceremony before the chuppah is more common.

If the couple decided to turn the signing into an intimate affair, the Ketubah could also be signed the day before the wedding. And after the contract is signed, it’s displayed under the chuppah during the wedding ceremony, and it can even be read at Orthodox weddings.

Do you need to make your own Chuppah? Here’s a tutorial on how to build a wedding canopy.

How Much Is A Jewish Ketubah?

According to the JewishEncyclopedia, the minimum amount to be paid under a Ketubah was 200 zuz for virgins and 100 zuz for women who are no longer virgins at marriage.

The husband can increase the amount, which will be mentioned on the ketubah or a special deed. The ketubah will also mention the price of the dowry, the obligations of a husband to his wife, and the additional promises by the husband.

Is A Ketubah A Legal Document?

The Ketubah is not enforceable due to policy and constitutional reasons, and it lacks as a legal contract in the US. It doesn’t have the same basic contract structure required in most US states.

What Is A Bedeken In Jewish Weddings?

The bedeken refers to the veiling of the bride during the Ketubah signing. The groom will approach and veil the bride’s face to symbolize his love for her inner beauty.

And that’s it! To recap what is a Ketubah in Jewish wedding, it refers to a contract where the groom states that he will fulfill his duties to his wife as a husband.

It is also not signed by the couple, but by the witnesses at their wedding. But because of constitutional and policy reasons, the Ketubah is not enforceable in the US court.