The answer to what is a wedding dowry is it’s an asset that the bride or bride’s family gifts to the groom before they get married. You will know the purpose of dowries in weddings in more detail below and also learn who usually pays for it in various cultures.

Contents show
1 What Is A Wedding Dowry And Why is It Done
1.1 How is dowry done?
2 What Is The Point Of A Dowry?
3 What Is The Difference Between Bride Price And Dowry?
3.1 Bride price
3.2 Dowry
4 Who Usually Gives A Dowry?
5 How Much Is A Dowry Usually?
6 Who Pays The Groom’s Dowry?
7 Is Dowry Necessary For Marriage?
8 Conclusion

Another marriage payment practiced in some cultures is the bride price, so we’ve compared it with the wedding dowry as well since the two are opposite of each other. For example, you might want to read who pays for an Indian wedding since some tribes have a bride price. 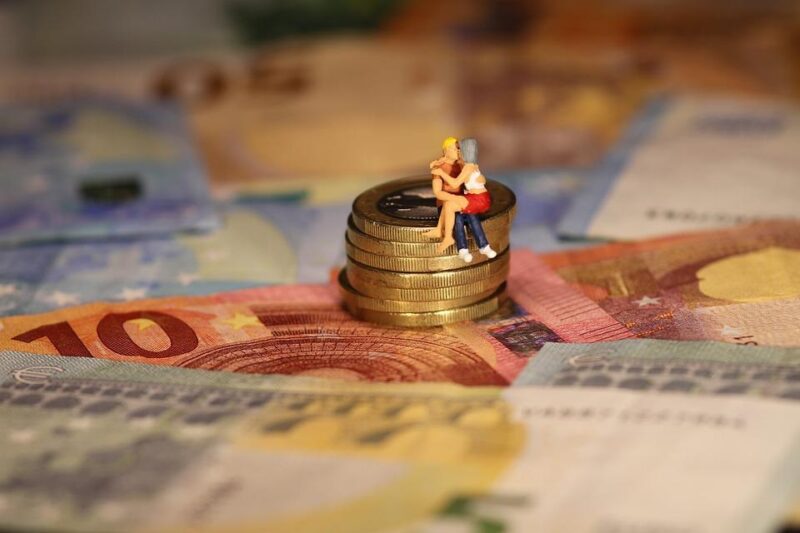 What Is A Wedding Dowry And Why is It Done

Before marriage, the bride’s family or the bride gifts the groom an asset. It can be a material thing, assets such as real estate, or a certain amount of money.

Different cultures vary in the dowries given by wives to their husbands. But while dowries have been practiced worldwide, this marriage tradition is no longer as common as many years ago.

How is dowry done?

According to the Cornell Law School, dowries have differences in how they’re done in different parts of the world. For example, Islamic cultures have the grooms provide the Mahr instead of the wife giving the dowry to her future husband.

African cultures also practice their dowries similarly, where the groom is the one who’ll give a dowry to his wife. And in Europe, the dowries are paid for by the bride’s family, which also proves how society changed in Europe as the years passed.

Dowries can also be considered conditional, and the husband may need to repay the dowry in case of a divorce. This type of marriage payment can even serve as a way to entice potential grooms to marry a family’s daughter if they can offer a high amount.

What Is The Point Of A Dowry?

The wedding dowry has different purposes. In cultures where the groom gives his bride the dowry, it symbolizes his commitment and love for her at the beginning of their marriage.

The amount of dowry can also represent his status and if he can provide for his bride. On the other hand, where the bride gives dowries to the groom, these “gifts” protect the wife.

In case of divorce or death, the husband will be compelled to return the dowry. Therefore, the wife who was separated or widowed will be supported if the husband is gone.

What Is The Difference Between Bride Price And Dowry?

The bride price refers to the wedding payment given by the groom, or with his family, to the bride’s family. This payment can be in the form of money, commodities, or other valuables, depending on the culture.

The dowry can be considered the opposite of a bride price since it’s the marriage payment given by the bride, or with her family, to the groom’s family. But according to the United Nations University World Institute for Development Economics Research, the bride price is more common than dowries, even nowadays.

Some cultures even practice the two marriage payment traditions simultaneously. For example, the Xhosa practices the lobola payment from the husband to the bride’s father, and the father would also provide his daughter a marriage cattle for their household.

Who Usually Gives A Dowry?

Dowries are wedding payments usually given by the bride or bride’s family to the groom or groom’s family. This way, the dowry can protect the wife if a divorce or death happens since, historically, women have limited financial rights.

Some references also discussed that giving a dowry was the bride’s sign of gratitude for being welcomed into the husband’s family. Since some wealthy households might view her as another mouth to feed, the dowry can be her form of appreciation.

How Much Is A Dowry Usually?

The size of the wedding dowry is usually proportional to the groom’s social status. Therefore, the dowry given by the bride to the groom from an upper-class family will be higher than what she might give if he is from a lower class.

This is also the reason why it’s impossible historically for lower-class women to marry someone who is not from the same social status. A woman might even be incapable of marrying if her family is too poor to afford a dowry.

Since dowries are not as common nowadays, couples often pay for their own wedding and everything they’ll need for the marriage. Read how to save for a wedding and a house to get started.

Who Pays The Groom’s Dowry?

Some cultures practice the groom’s dowry as a marriage payment where the groom will give it to the bride’s family. This is also called the bride price in some weddings, and it’s paid by the groom, his family, or both.

Is Dowry Necessary For Marriage?

Dowries are still practiced in some marriage customs nowadays. However, it’s not necessary for a wedding in the US, especially for modern couples.

Instead, wedding gifts are voluntary, and the bride and groom can choose to give their partner’s family items to show appreciation.

Was this guide helpful? To recap what is a wedding dowry, it’s a marriage payment given by the bride to the groom’s family.

The opposite of dowries is the bride price, which is given by the groom instead. Nowadays, these payments are not as common but still practiced by some cultures.