You can also read about who buys the man’s wedding ring to know if he must get it himself. It’s always interesting to know the traditions and expectations regarding the groom’s wedding band. 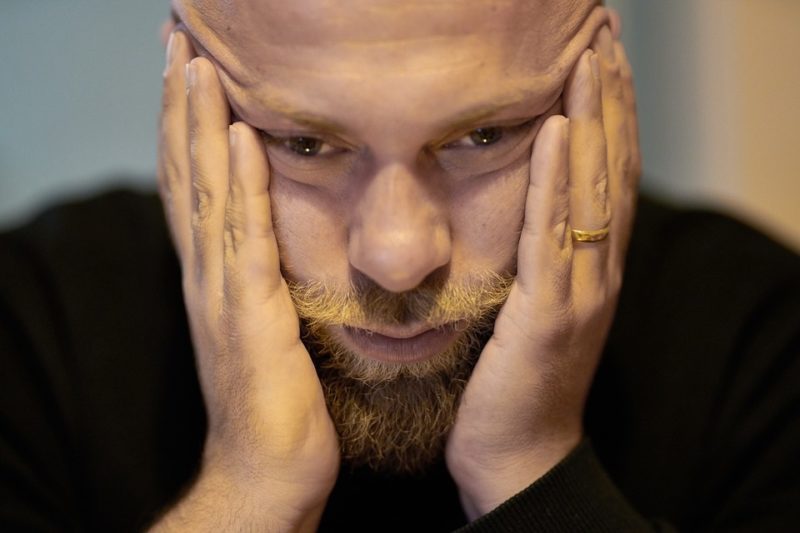 Women used to be the only ones wearing wedding rings until the 20th century. The custom began when soldiers during the World Wars wore wedding rings to remember their loved ones.

The popularity of wedding rings among men began to rise because soldiers wore them as a bond to their wives, who they might never see again. But before that, wedding rings for men were not as popular, especially with young couples who didn’t have the means to buy a ring for the groom during the Great Depression.

The male wedding rings worn by soldiers usually have names engraved on them, but unlike today, there were restrictions with the material used. For example, the gold is typically nine carats only, and the weight of the ring should only be six grams.

Then after the Korean war, men continued to wear wedding rings even if they were not going to war. Finally, civilians started wearing wedding rings with the same sentimentality they have today to signify love and devotion to their significant other.

When Did Men In America Start Wearing Wedding Rings?

The marriage fever during World War II paved the way for the jewelry industry to capitalize on a double-ring marriage. At this period, both the bride and groom wore wedding rings, and wedding bands are considered tokens of commitment that also help soldiers relieve their pain from separation and potential loss.

In the 1940s, more weddings had rings both for the man and woman compared to the usual tradition where only women wear wedding rings. The 1940s to the 1950s is also when male wedding rings became the symbol for masculine domesticity, hence the popularity of wearing wedding rings among men.

Men wore wedding rings in the 1940s, and it’s even the time when marriages are viewed as companionship rather than ownership. In addition, the American middle class experienced physical and ideological changes regarding gender and even family relations as men became more involved in household responsibilities.

So in the 1940s, men wore wedding rings as they symbolized the acceptance of masculine domesticity. After all, it is also after the war when the economy boomed, and equality for both genders is more accepted.

That being said, marriages and the wedding rings worn by the two people involved served as the symbol of love and commitment between their partnership. This sentimentality of the wedding ring carried on to this day even if the man don’t have to go to war.

Nowadays, do you know that you can upgrade your wedding rings as you celebrate years of marriage with your spouse? Here is what anniversary do you upgrade the wedding ring.

It’s uncommon for men to wear wedding rings in the Victorian era, but instead, they are more expected to pick a wedding ring for the person they intended to wed. After all, the wedding rings in Europe were more lavish during the 1800s because of the discovery of gemstones and gold worldwide that made them affordable.

During the Victorian era, the most common type of wedding ring was gold with colored gemstones and pearls. They are often engraved and designed to look like snakes because Prince Albert gave Queen Victoria one, who was very influential in fashion.

According to the Cape Town Diamond Museum, the first recorded evidence of people exchanging and wearing wedding rings was in ancient Egypt. Papyrus scrolls featured couples swapping hemp rings, which because of their durability, will eventually be replaced by ivory or leather.

It was thought that the more expensive material indicates more love to the person receiving the ring. The material also shows the net worth of the ring’s giver.

Wedding rings were also seen in Ancient Rome, where the groom represented his future bride with an iron ring that represented the strength of their bond. And during the Renaissance period, the couple would each take one part of the Gimmel ring, which has two interlocking parts.

When Did Rings Become A Symbol Of Marriage?

Rings as a symbol of marriage can be traced back to the belief of Ancient Egyptians on the vein of love on the left hand’s fourth finger. The ring’s circular shape is also attributed to eternity, which is why rings served as the pledge of the lasting union of the couple.

And that’s it! To recap when did men start wearing wedding rings, it is in the 20th century and began when soldiers wore rings to remember their loved ones.

As equality and male domestication were more accepted in the 1940s, men started wearing wedding rings, which women wore, attributed to ownership. Overall, the history of male wedding rings is fascinating, so we hope that couples appreciate their bands more nowadays.