We found out who buys the man’s wedding ring and it’s the woman. You will know more about this custom in more detail below.

More so, remember that this isn’t a definite rule that every couple must abide by. To familiarize yourself with wedding ring practices, you can read the comparison of tradition and modernity in who buys the wedding bands. 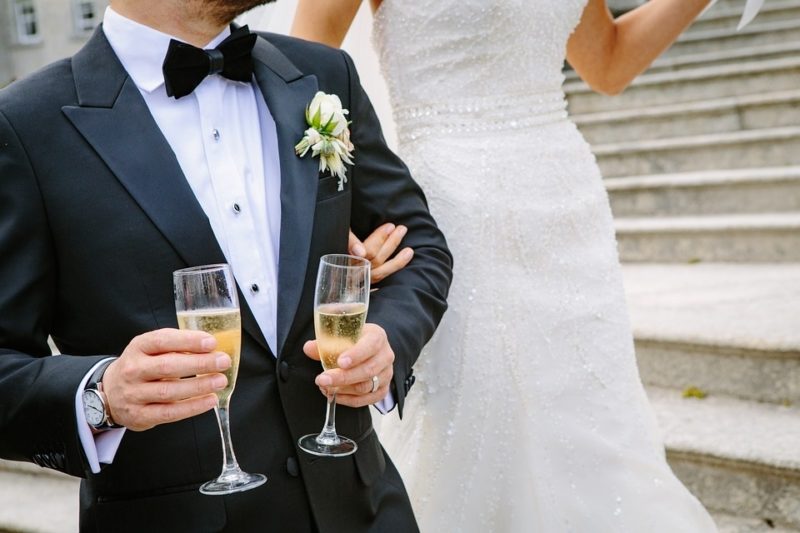 Please browse our wedding blogs to know more about customs and helpful guides on your special day.

Who Buys The Groom’s Wedding Ring?

Traditionally, the bride will buy the groom’s wedding ring as the groom will also buy her wedding ring. However, you have a choice as a couple if you want to follow the customs of buying each other’s wedding rings.

Some couples might have only one person to purchase both rings, or perhaps you can discuss if you want to divide the purchase expenses. The latter makes sense for people who already discuss most of their financial activities before getting married.

Furthermore, nowadays, weddings do not only consist of a man and a woman. Therefore, the couple can also choose who buys each other’s rings, depending on their values and personal preference.

It’s even possible for each person to buy their own ring with their own budget as well. Overall, there is no strict rule that only the woman can buy the man’s ring as long as there is good communication between each party and both will be satisfied.

Why does the bride buy the groom’s ring?

One can also look at this custom romantically since the bride and groom pick the rings themselves. This means they will only see the rings at the wedding itself when they’ll put them on.

Does The Woman Buy The Man An Engagement Ring?

It’s more common for the woman to be the only one wearing an engagement ring. The man usually buys her engagement ring, and he is not expected to receive one or wear one.

But if the couple prefers the symbolism of being taken as seen when wearing an engagement ring, there’s nothing wrong if both of them wear one, regardless of who bought it. It’s only more traditional for the man to pop the question, which is why he’s also expected to buy the ring.

Does The Groom Pick His Wedding Band?

The bride usually picks the wedding band of the groom. However, this is based on tradition, and more couples nowadays are embracing modernity.

Ultimately, please discuss with your partner their opinion on who picks the wedding bands. It’s also common nowadays for jewelers to offer sets that already include the wedding bands for the bride and groom to lessen the need of choosing for each person.

How Much Should A Woman Spend On A Man’s Wedding Ring?

The groom’s wedding ring cost that the bride should expect to pay for depends on the couple’s personal preference and intended wedding budget for the bands. However, you can assume that a decent wedding ring for the man will be at least $500.

Additionally, you want to pick a wedding ring that will last well while visually pleasing both wearers. Finally, while a groom’s wedding band will not usually cost as high as the bride’s, you still want a precious metal like platinum for it.

A helpful tip worth mentioning in case you’re strict with your wedding budget is to consider wedding sets. The set will include both bands for the groom and bride, which will make it easier to discuss if you’ll share the cost.

Who Pays For What In A Wedding?

Traditionally speaking, the bride’s family will pay the most at a wedding. However, it’s also a common practice for both parents of the couple to host the wedding.

While there are customs when it comes to weddings, know that following them is not necessary. In some cases, even the couple themselves will pay for the wedding.

You can read about whose name goes first on the wedding invitation since it also discusses etiquette regarding weddings.

What Does The Bride Pay For?

The bride traditionally pays for the groom’s wedding band, and the bride’s family is also expected to pay for the wedding. In some weddings, the bride is also responsible for the expenses regarding her bridesmaids.

And that’s it! In this article, we answered who buys the man’s wedding ring and revealed that the bride must pay for her groom’s wedding band according to the tradition.

However, couples are not obligated to follow wedding customs. For example, it’s also acceptable for the bride and groom to discuss paying for the wedding rings.

We hope you learned a lot; leave us a question if you still have any.