First, you’ll learn if you must address the lawyer the same as other guests or if you must use Esquire when writing the professional on wedding invitations. And if you’re having difficulty collecting addresses for your invites, here’s how to gather addresses for a wedding. 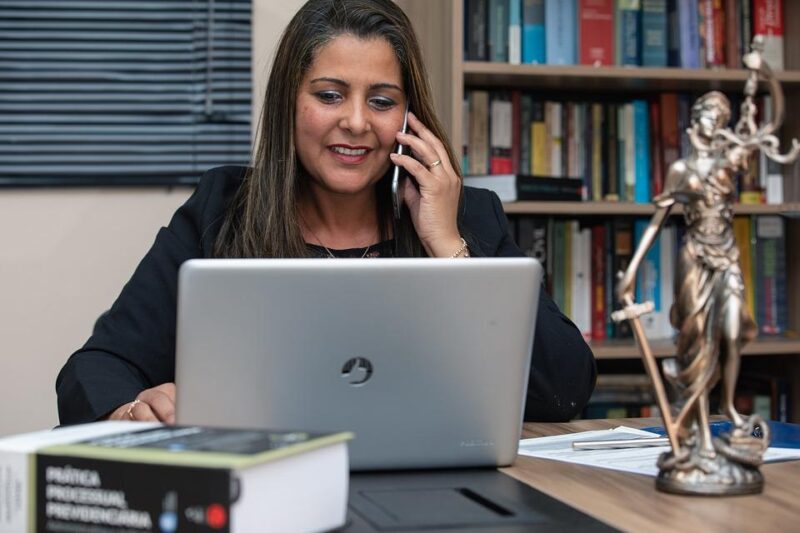 How To Address A Lawyer On A Wedding Invitation: Etiquette Guide

When you write a lawyer on a wedding invitation, some guides recommend using their complete name and then putting a comma and “Esq.” for formality. However, nowadays, this is no longer a necessary way to address wedding invitations to lawyers.

Instead, you can just address the lawyer on your marriage invitation the same you would other guests. You’ll still maintain formality and use the correct titles, especially if they come with another guest.

What if you’re inviting the lawyer and their partner? To address wedding invitations to a lawyer and another guest, you’ll apply the same etiquette as you would when addressing other guests from the same household.

For example, use the couple’s first names and their shared last names. Here are the examples to help you understand the etiquette better:

Wedding invitation outer envelope if you’re inviting a couple who is both a lawyer: Ana Smith, Esq. and Jackson Smith, Esq. or Mr. and Mrs. Jackson Smith is also acceptable according to other references

Do You Use Esquire On A Wedding Invitation?

When deciding how to address a marriage invitation to a lawyer, a common question is if you must write Esquire. The choice is up to you, but most etiquette guides mention that you could address a lawyer on a wedding invitation the same way you would any other guest or couple.

Esquire is used for business affairs and not for addressing wedding invitations to a lawyer or lawyers. However, it’s not wrong if you use the term, but most Americans are not familiar with it anyway.

What does the title Esquire mean?

Formally addressing lawyers on wedding invitations in the day usually have their name followed by Esq., which is the shortened version of Esquire. According to Cornell Law School, it is a courtesy title given to an attorney.

However, it’s acceptable nowadays to omit this title when addressing lawyers on wedding invitations. You can use the title, Mr. or Mrs., similar to addressing other wedding guests.

How Do You Address A Wedding Invitation To A Judge?

What if you’re also inviting a Judge’s spouse, and the Judge is the wife?

Do You Put Dr On The Wedding Invitation?

The etiquette when you address wedding invitations to a doctor is similar to when addressing invitations to other professionals with distinguished titles like judges and lawyers, as discussed below. Therefore, you’ll write the title of Doctor first or see the example below:

If both parties are doctors, your outer envelope will look like this: Doctors Regan and Chelsea Clarkson

And the inner envelope: The Doctors Clarkson

Please read what is the inner envelope for wedding invitations to understand the etiquette for it in more detail.

Was this etiquette guide helpful? To recap how to address a lawyer on a wedding invitation, you no longer need to use Esq.

You can address the lawyer or lawyers the same way you address other guests with the correct courtesy titles. The inner envelope doesn’t also need the lawyer’s first name.