You can learn how to run a wedding rehearsal in three steps. This way, if you’re the person who is in charge of the ceremony on the wedding day itself, you can feel confident about the flow since you’ve practiced it beforehand.

We also recommend browsing our blog for more wedding guides for the ceremony and even for the preparations of the wedding day. For example, you can read about how to ask someone to be at your wedding tastefully. 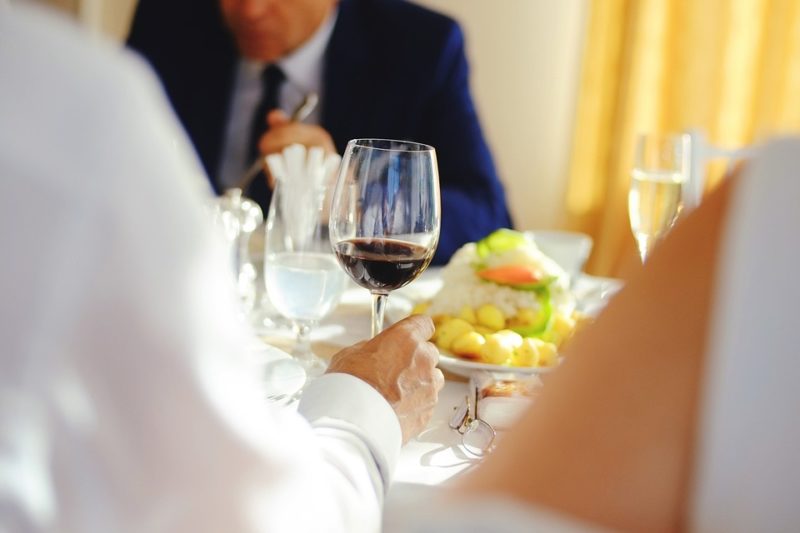 Complete Guide On How To Run A Wedding Rehearsal

Step 1. Start at the middle ceremony

The rehearsal starts in the middle of the ceremony, where you’ll guide the people who are part of the ceremony on where they’ll be standing. Make sure to bring a diagram regarding the placements of the officiant, attendants, and parents to position them correctly.

Spacing and positioning the wedding party is essential to look orderly during the ceremony, and the photos will also look better. Remember that they should be evenly spaced among themselves and at an angle from the wedding guests.

You also want the maid of honor and the best man to be closer to the bride and groom than the bridesmaids and groomsmen. Talk to the wedding party about the proper posture, such as positioning their hands for the groomsmen or holding the bouquets for the bridesmaids.

After ensuring that everyone knows their position and how they should look during the ceremony, read through the headings of the ceremony to familiarize them with the order to expect. This is also an excellent time to remind the bride and groom always to position themselves facing the guests throughout the ceremony.

Step 2. Plan the recessional before the processional

The next part of the wedding rehearsal is the recessional or the part after the ceremony ends, and everyone will walk out. At the wedding itself, this will flow, starting with the kiss and presentation of the couple, then the exit itself.

You will teach the bride what to do, such as taking the bouquet from the maid of honor before leaving with the groom. Next, have the wedding party exit in pairs, followed by the ring bearer and flower girl.

Finally, the parents and grandparents of the newlyweds will follow. During the rehearsal, remind everyone to plan the distance between themselves as each couple leaves so the recessional will look more orderly.

Ideally, there should be about 20 feet of distance between each couple exiting. From here, the recessional ends, and you can practice everyone for the processional or the entrance for the ceremony.

The processional is practiced after teaching everyone their placement in the ceremony to know where to go. You start by aligning the wedding party accordingly, so the officiant, groom, best man, and groomsmen arrive first in a straight line, followed by the grandparents and parents of the groom.

The bride’s mother will then enter, followed by the bridesmaids, maid of honor, and flower girl with good spacing among each other at about 20 feet. Finally, the bride and her father or chosen escort will enter once the wedding party has arrived, the music is set, and the officiant motions the guests to stand.

Were you the one requested to officiate the wedding? Read what to wear to officiate a wedding for an etiquette guide.

The final part of the wedding to practice at the rehearsal is the hand-off or when the bride and her father are at the front of the officiant and groom. The bride’s escort typically kisses and congratulates her before shaking the groom’s hand.

The bride will then give her bouquet to the maid of honor, then stand next to the groom. Her escort will move to his seating placement, and the couple will face each other holding hands in front of the officiant.

You can remind the maid of honor that she can fix the bride’s train during this time if needed. And that’s it; the rehearsal is finished, and you can do one more round of the practice to ensure that everyone knows where they should go and what they should do.

How Long Do Wedding Rehearsals Take?

Wedding rehearsals typically last for half an hour to 45 minutes. You can practice at least two rounds, and the rehearsal itself is done on the night before the wedding.

Who Needs To Be At The Wedding Rehearsal?

The bride, groom, their parents, officiant, best man, maid of honor, and ideally, most of the wedding party should be at the rehearsal. Understandably, some people might be unable to attend, so have those who attend fill in those absent during rehearsal before the ceremony starts.

What Is The Purpose Of A Wedding Rehearsal Dinner?

The couple often does the rehearsal dinner to thank those who helped with the preparations and as a chance for their respective family and friends to mingle.

And that’s it! You just learned how to run a wedding rehearsal, which starts in the middle of the ceremony.

Then, you practice the recessional, processional, and hand-off. It will take about 30 minutes, and make sure that those who can’t attend are briefed before the ceremony.