Learn some ways on how to remove powdery mildew from buds. As among the most common and readily recognizable plant fungal diseases, powdery mildew is easy to identify.

Don’t panic if you discover powdery mildew on some of your vegetation. If you find this fungus across one plant species, it doesn’t mean it’s a hazard to other plants in your environment. 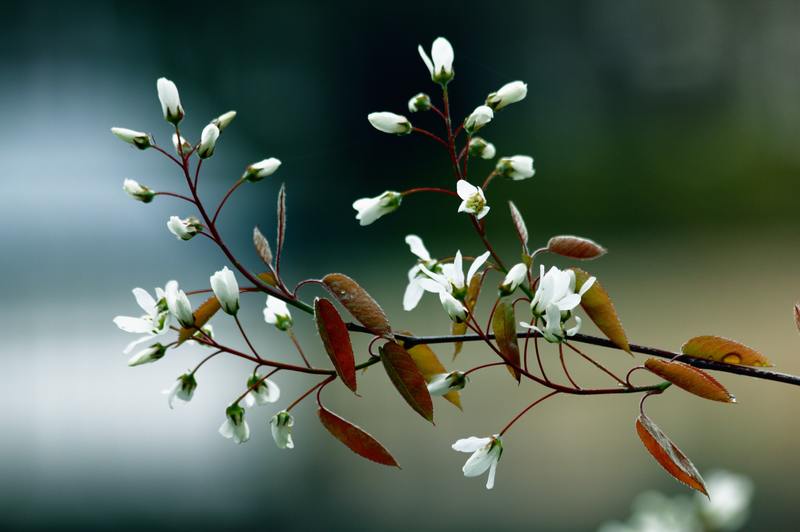 Although you can find powdery mildew in a variety of forms, the symptoms are nearly identical.

How Do You Know Its Powdery Mildew?

You’ve likely seen it before. Spots of white or gray powder form on the leaves, often surrounding the entire area of the leaf.

You can find plant stems, flowers, and fruit with this substance. Here’s a guide on how to get rid of mold on dried flowers.

Fortunately, powdery mildew’s symptoms are often worse than the damage it causes. Plants rarely die as a result of this.

Powdery mildew is sometimes referred to as a “dry mold” since it thrives in low-humidity situations.

Just high humidity and brief durations of standing water are needed for powdery mildew spores to develop. All that’s required for spores to come alive, hook onto the leaf surface, and begin draining energy from the plant is a quick change in atmospheric conditions.

As the disease progresses, the plant’s leaves may yellow, curl, or brown, leading to premature defoliation. The fungus can cause early bud drop or impaired flower appearance in blooming plants and trees.

Here’s an additional guide on how to get rid of mold in a terrarium.

What Is Powdery Mildew On Buds?

It appears as a white or gray powder due to the fungus that causes it. It’s most common in the early stages of leaf development.

It is where things get stressful because it makes their way into the buds.

Once the spores are in your production area or the surrounding environment, they spread quickly. If you want to avoid getting any of this trash on your plants, there are a few things you can do to minimize the risk.

As with anything else, it can have a devastating effect on those who are already vulnerable. Smoking too much of it can make even the healthiest people unwell.

Aside from being a nuisance, powdery mildew can have severe consequences for the health of your plants.

An immediate and thorough investigation is warranted. You’d want to prevent it all in the first place, if possible.

How Do You Remove Mildew From Buds?

Suppliers design most medications on the market to prevent powdery mildew, but there are numerous home cures available to treat an infection that has already occurred.

It is essential to coat all afflicted surfaces thoroughly with spray combinations because they only kill what they touch. Multiple applications may be necessary for complete healing.

To make a solution out of baking soda, add one tablespoon of baking soda and a half teaspoon of liquid soap, such as Castile soap. Spray generously, covering both the top and bottom of the leaves and any places that are infected.

As a prophylactic strategy, this technique may be more effective than treatment for current powdery mildew.

In one gallon of water, combine one tablespoon of potassium bicarbonate with one-and-a-half teaspoons of liquid soap (not detergent). Spray generously in all areas where it is needed.

As a therapy for existing infections, this mixture may be more effective than plain baking soda.

Spray liberally with a mixture of one part milk to two to three parts water. Even though the science underlying this remedy isn’t entirely understood, it seems to work quite well on summer vegetables like zucchini, melons, and cucumbers.

You may also boost the plant’s immune system as the milk’s naturally present chemicals combat the disease.

You can treat powdery mildew with neem oil, which has had mixed reviews on its own in terms of efficiency, but you can also add it to the above mixes for a boost.

Affected leaves, stems, buds, and fruit or vegetables should be removed and discarded. New growth will spring up once you chop down perennials to the ground.

To avoid spreading and retaining diseased or damaged leaves, do not compost them. It will help if you disinfect pruning tools following use on diseased plants.

Preventing Powdery Mildew Before It Gets Out of Hand

If your plants become diseased during harvest, you could lose your whole crop in a matter of days. That’s why it’s so critical to prevent the spread of this disease before it has a chance to spread.

Setting up an efficient air purification system is the key. Airborne pathogens cause the majority of crop blights.

As a result, a high-quality air purification system is the best way to safeguard your plant.

We hope we were able to give you ways to try how to remove powdery mildew from buds. However, powdery mildew, in most situations, results in the loss of a crop.

You may even be able to save most of your harvest.