If you’re unsure how to dismantle a sofa recliner, consider reading these four steps. In this tutorial, we will teach the dismantling process that makes reassembly easier. We have also included another way to deconstruct the furniture’s back with the help of its levers.

However, it will always be best to check the manual of your sofa recliner to understand its parts better. This way, you don’t risk damaging any parts or mechanisms. We also recommend reading this guide on how to disassemble a Lazy Boy recliner sofa if you have such a brand. 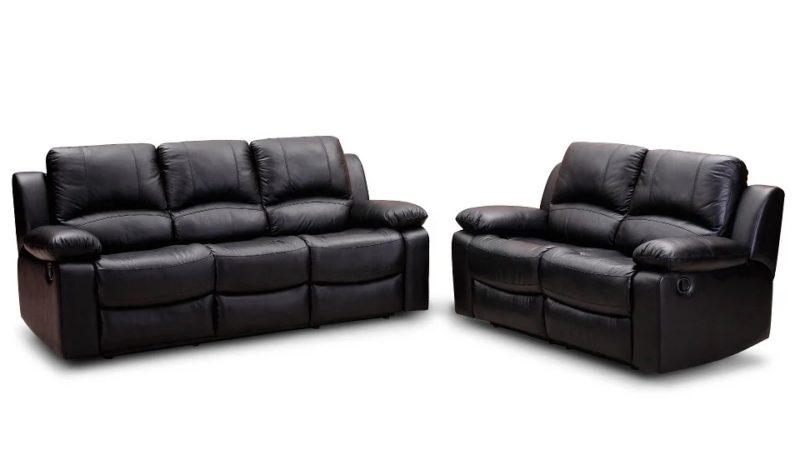 Table Of Contents
1 How To Dismantle A Sofa Recliner At Home
1.1 Step 1. Document the disassembly
1.2 Step 2. Separate the parts accordingly
1.3 Step 3. Remove the base bars
1.4 Step 4. Dismantle the rest of the sofa recliner
2 How Do You Remove The Back Of A Recliner Sofa?
3 How Do You Take Apart An Ashley Recliner Sofa?
4 Conclusion

How To Dismantle A Sofa Recliner At Home

This four-step tutorial is applicable for most sofa recliners, and it’s ideal for those who want to reassemble the furniture eventually.

Take pictures as you go through the dismantling of the sofa recliner. This will help you remember how the parts attach for quicker reassembly later. You can even document each step, so you have something to follow for reinstalling the furniture.

Another helpful tip that you shouldn’t overlook when dismantling a sofa recliner is the proper segregation of each part. Use several bags for organizing the smaller pieces, such as bolts, screws, nuts, washers, and other hardware. Then, label each bag to help you know which section of the sofa recliner uses them.

Step 3. Remove the base bars

Flip your sofa recliner to help you find the bars at the base. Generally, recliners can have up to three base bars that use screws. Unfasten them using the right tool, such as a Robertson screwdriver, if the recliner uses Robertson screws.

Be careful once you start removing the last base bar because this will dismantle the recliner console and the seats. Have some help to keep the sofa intact, so the parts won’t roll away and cause issues.

Step 4. Dismantle the rest of the sofa recliner

In some sofa recliners, you might also need to unlock some levers to detach the back and or seat. Some mechanisms can be as simple as sliding the parts of the furniture out of place. And that’s it; you should be finished with dismantling the sofa recliner quickly and safely.

How Do You Remove The Back Of A Recliner Sofa?

Some models will come apart after your release the levers that lock the sections in place. Typically, releasing the locking levers is the applicable method to remove the back of a recliner sofa.

How Do You Take Apart An Ashley Recliner Sofa?

One of the bulkiest sofa recliners in the market is from Ashley Furniture. Therefore, it would be helpful to know how to take one apart if you want to transfer it from one place to another.

Knowing the best method to take apart a recliner is crucial for easy and safe furniture moving. In this tutorial, you have learned how to dismantle a sofa recliner, including specific models, such as those from Ashley furniture.

You’re essentially tipping the furniture on its back to reveal the mechanisms underneath and then releasing the levers or removing the screws and/or bolts. Just remember to document each step and separate each piece accordingly.

Ketty Law
Posted in:
Sofas
Previous article
How To Disassemble A Lazy Boy Recliner Sofa
Next article
3 Easy Steps On How To Sit In A Kneeling Chair Comfortably
Leave a Reply Cancel reply
No more posts found in this category.