Whether you own a brand-new unit or an old one, at some point, you asked, “why does my dryer smell like mildew?” The simple answer is this: moisture.

While the primary culprit is moisture, there are many ways that it can accumulate and cause that mildew odor. In this write-up, we listed the reasons why your dryer smells like mildew and how to address them. 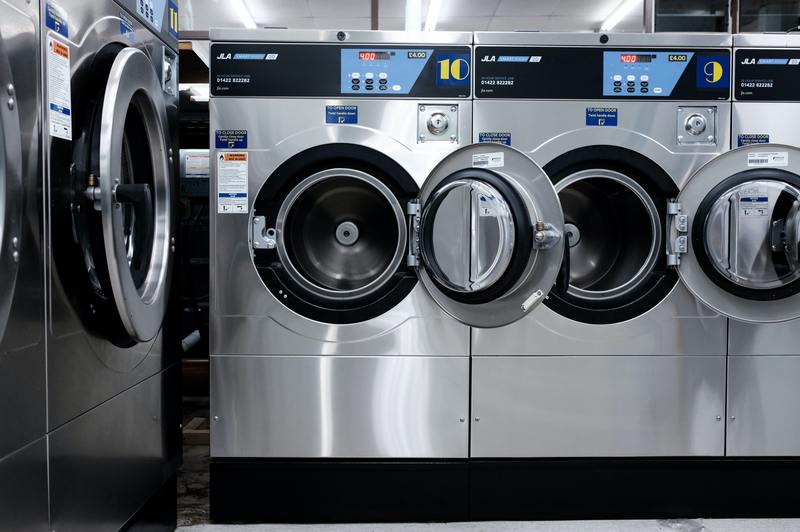 1. Leaving wet clothes for too long

As with any object left wet and unattended for an extended period, damp clothes are a breeding ground for mildew. Whether you leave them in the washer, the dryer itself, or anywhere in your house, clothes that are soaked in the water attract not just mildew but also insects and other microorganisms.

Perhaps you are responsible enough not to leave any wet clothes unattended. Then, check the door gasket if any small items got stuck, e.g., a wet sock.

If there are no stuck items, check if the rubber gasket is the source of the musty odor. If so, leave a paste of baking soda and water for 30-60 minutes onto the rubber, then wipe clean with a damp cloth.

There are two places that lint can build up in your dryer: the lint screen and the exhaust vent. In both cases, the first step in addressing the problem is removing the trapped lint.

For the lint screen, wash it soapy and warm water to remove the mildew odor. Air dry and put back into the dryer.

In the case of the exhaust vent, the lint materials block the airflow and cause mildew and musty odors. Ensure to clean your dryer vent annually as a dirty vent also prevents proper drying of your clothes.

Another trick that works is drying some towels damped in white vinegar in the dryer. This method is a sure way to reduce that musty odor; just make it a point to wash the towels afterward.

Again, we go back to issues of moisture and lint. As you increase your laundry load, the drying time also increases, hence resulting in dampness.

For the lint issue, the more clothes you wash and dry, the more lint builds up in the dryer system. Thus, instead of running a big load of laundry, do several batches of small to medium loads.

How To Prevent And Remove Mildew Smell In Your Dryer

After every operation, clean your lint screen to prevent lint build-up. Use the vacuum hose of your unit to remove as much of the lint from the cavity that holds the lint screen.

As mentioned, do not overload. Also, make sure that you immediately dry the clothes that you put in your dryer.

Do an annual inspection of the exhaust vent. Some pests such as rodents might be trapped in the ducts and cause a rotting smell.

Another tip to avoid mildew odors is to use less detergent (or the least amount recommended in your detergent package). This is because any excess detergent leaves a residue on your clothes and causes mold and mildew growth.

Lastly, clean the dryer drum regularly with a vinegar spray to prevent any bad smell from developing. After spraying with the acid, wipe the surfaces down, rinse with water, and air dry.

In some cases, the mildew odor is already present, and we might be compelled to buy another dryer unit out of desperation. Fret not, for there are several remedies to eliminate that nasty smell.

For a dryer with a musty smell, clean the dryer drum by wiping it with a soft cloth damped in a bleach solution. The solution must contain 1 cup of bleach for every gallon of cool water.

If the musty smell comes from the washer, try to wash your clothes with either half cup of baking soda or a cup of vinegar. These substances help freshen the clothes and prevent the build-up of fabric softener or any product in the clothes for drying.

For additional tips on cleaning your washer, check out this article on how to remove the odor from washing machines. If you want to know what causes those bad smells in your washer, read “why does my washer smell like mildew”.

For vent ducts, check to see and remove any lint build-up. Some units have vents covered in flaps, so make sure that these flaps are not stuck.

It is best to contact professional service providers in instances where there is significant build-up in any part of your dryer. You are assured that they get the job done, and you prevent further damaging your appliance.

Now, you already know the answer to the question “why does my dryer smell like mildew”. You learned that moisture is the number enemy, and it is caused by leaving wet clothes for too long, lint build-up, and overloading.

We also discussed some handy tips to prevent the musty smell from developing. If the foul odor is already there, we also covered you by discussing the different ways to remove it.

So, the next time you use your dryer, keep these things in mind and have a fun time drying!