The best vegetables to grow in South Dakota are cabbage, carrot, onion, peppers, potatoes, pumpkin, squash, and tomatoes. You have a lot of plants to choose from as long as you ensure their ideal growing conditions. However, the growing zones of South Dakota mean some limitations on other crops.

South Dakota has zones 3b to 4b, which can get chilly. This puts some crops at risk of frost and other damages from extremely low temperatures. The solution for this is starting vegetables indoors in a greenhouse or refer to Krostrade.com to know how an all-year vegetable farm is possible. 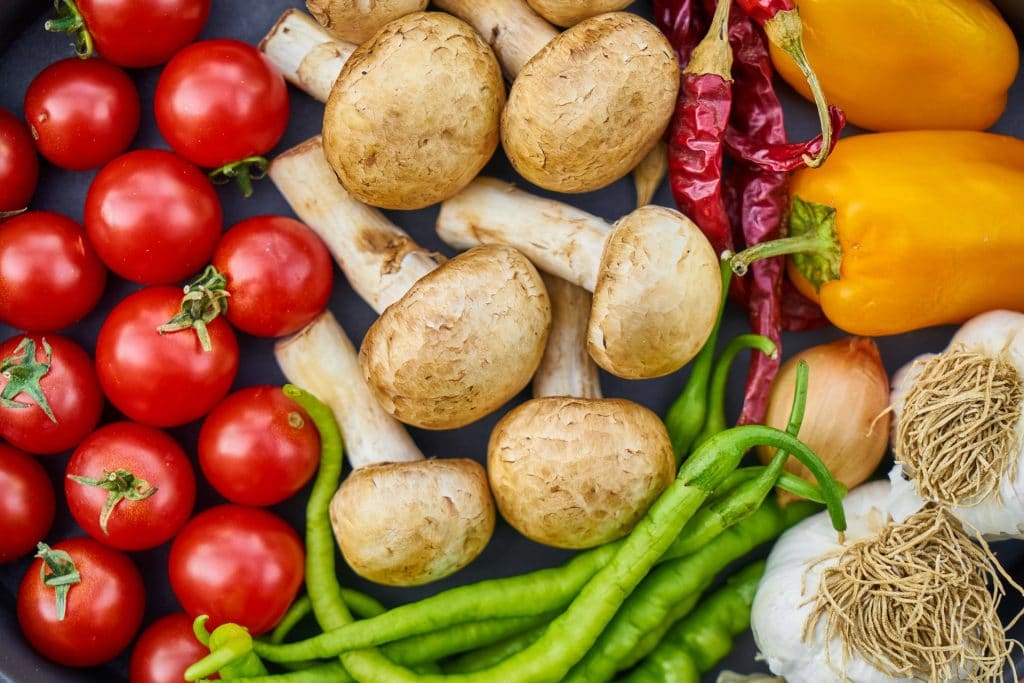 What Vegetables To Grow In South Dakota?

According to the Open Prairie of South Dakota State University, you can classify the vegetables for South Dakota into heat-tolerant and frost-tolerant crops. The extension listed 15, including asparagus, celery, sweet corn, cucumber, pea, eggplant, and lettuce. Still, the 8 in the list below have the least challenges to grow in South Dakota, especially in a greenhouse.

It’s also important to consider how long each vegetable will take to mature because of the region’s temperature changes.

List of best vegetables to grow in South Dakota

You can plant cabbage in South Dakota from March to May or May to June. Cabbage has early-maturing varieties and those that mature in autumn, so you have two growing seasons. Chinese cabbage such as Pak Choi and Napa are also suitable for South Dakota.

To prevent bolting, make sure to set your transplants when the cabbage stems are still small. You can also choose varieties resistant to diseases like black rot and tip burn to save you the trouble later on. As for Chinese cabbage, it’s best to plant them mid-summer as they tend to bolt in spring.

There are many carrot varieties to choose for South Dakota. What dictates your decision is the type of soil you have and your intended use of the harvests. For example, Danvers is suitable for heavy soils, while Chantenay is best for canning.

South Dakota is suitable for day-neutral and long-day growing of onions. A typical month to seed them is in early March. You can also use miniature bulbs, but be cautious as they are prone to bolting.

Onions are also prone to bolting because of cold weather stress and changes in temperature. This is why farmers are looking more into greenhouse farming to protect their crops from these unpredictable outdoor conditions. You can easily control the temperature and other elements in the greenhouse.

You can grow both bell peppers and habanero peppers in South Dakota. Each variety differs in color, size, and disease tolerance. In planting either sweet or hot peppers, be on the lookout for blossom end rot.

You can grow different potatoes in the state, whether they are yellow or blue-skinned varieties. However, the most common ones are red and white-skinned potatoes. Each type varies in starch content, storage characteristics, and disease tolerance.

The pumpkins you can grow in South Dakota vary in size, shape, and color. They also have different uses, days to harvest, growing season, and tolerance to mildew. For contests, you can grow giant varieties.

You can choose from scallop fruit type or Italian marrows like zucchini. It will also take up to 65 days before you can harvest squash. In South Dakota, it’s usual to harvest immature summer squash before the rind hardens.

Choosing between determinate and indeterminate tomatoes will depend on what you want to do with the fruits. The former is excellent for canning, while the latter can produce for an extended period. If you are planting determinate varieties, blossom end rot is a common problem among farmers.

What Planting Zone Is South Dakota?

South Dakota has different zones, including 3b, 4a, and 4b. However, there are also small areas with a 5a planting zone. You can expect an average of -35°F in winter in the state, so studying the temperature requirements and maturity duration of each vegetable is crucial before planting.

How To Grow Vegetables In South Dakota

According to South Dakota State University, cool-season crops are vegetables that will either tolerate or won’t grow in hot weather. For the crops that won’t tolerate warm weather, be sure to plant in April or early May. On the other hand, you must wait after a frost before planting warm-season crops.

Vegetables will grow better if they receive at least 6 hours of sunlight. The soil should also be well-drained and fertile. And more than the usual maintenance, it’s advantageous to use a greenhouse in South Dakota to protect against wind.

South Dakota is in the USDA planting zone 3b to 4b, with some areas rated 5a. Keeping this in mind, the best vegetables to grow in South Dakota are cabbage, carrot, onion, peppers, potatoes, pumpkin, squash, and tomatoes. South Dakota State University also listed asparagus, celery, sweet corn, cucumber, pea, eggplant, and lettuce.

After classifying cold season and warm season crops, the next consideration is your vegetables’ maturity period and temperature requirements. The state can also have extremely high temperatures and winds, so starting indoors in a greenhouse is a feasible practice.

If you’re a newbie gardener who’s looking to find ways to hone your skills, you’d want to learn how to prevent root rot in hydroponics even before this problem affects your plants.

Hydroponics can be advantageous to crops in more ways than one. However, it also comes with risks of diseases, such as root rot, which can be destructive or even lethal to your plants.

Unfortunately, there are no effective methods to recover the wilted parts that were affected by the root rot once it hits your plants. The only thing you can do if you do not want this catastrophe to befall your crops is to prevent it before it happens. Read on to learn more about this subject.

What is Root Rot?

Root rot is a disease that attacks the plant roots and causes them to suffer decay. This usually happens when a lack of oxygen supply occurs in the substrate.

To give you an idea, think about plant roots that are submerged in water that only has a little oxygen in it. Over time, the plant suffocates and dies.

Aside from rot and decay, this disease also leads to the proliferation of fungi that are naturally present in the soil. These include Rhizoctonia, Alternaria, Pythium, Botrytis, Fusarium, or Phytophthora. As soon as fungi colonies start to grow, they tend to target the weakened roots and infect your precious plant babies.

Once the plant becomes infected, they won’t be able to take in what they need to grow – water, oxygen, and other nutrients. When this happens, it won’t be long before the plant dies.

In case you’re not aware, the term hydroponic is derived from a Latin word that means “working water”. To put it simply, hydroponics is an art that involves growing various types of plants without soil. If you’re like most people, the first thing that comes to mind when somebody talks about hydroponics would be a picture of plants with roots suspended into the water without using any type of growing medium.

Detecting and identifying root rot can be tricky. When your plants get infected, their leaves and roots gradually wither until the whole crop itself dies from the lack of nutrients, which is a common symptom of many diseases.

What causes root rot in hydroponics?

One of the requirements in hydroponics systems is oxygen. Without it, your plants are basically on the road to death. On the other hand, lack of such is one of the major triggers for root rot, and it must be avoided at all costs.

Just like when planting in soil, you loosen up the ground so that your plants’ roots can have their required intake of oxygen. That is the case for crops grown in aqueous solutions as well. If they cannot breathe, they would not be able to grow.

Another agent for root rot is the temperature. The last thing you would want in your system are parasites that leech nutrients intended for your plants and infect the water during the process. In common terms, these fungi are called molds.

One of the best breeding grounds for these is warm and moist areas. For this reason, if the water temperature inside your reservoir is high, then you are susceptible to it. Something as minor as letting the solutions exposed to sunlight can already be a risk factor.

3 Useful Tips on How to prevent root rot in hydroponics

There is good news! Root rot in hydroponics can be prevented! Just follow these tips:

Tip#1: Use the right air pump

If you do not want root rot to affect your plants, you merely have to avoid its causes. If you need oxygen, keep the water bubbling by providing an air pump of appropriate size, and also give importance to proper ventilation in the room.

The temperature should be maintained within the 70 to 80 degrees F range. Get rid of any materials that can make your system vulnerable to infections, and make sure not to disturb your crops while they are trying to grow.

Tip #3: Get rid of the rotten parts

However, if you failed in preventing the disease, then the rotten parts should be removed immediately. Cut them off as there is no chance of reviving them, and focus on the potential new growth instead. Fix your hydroponics system and eliminate the risks.

Greenhouse gardening offers numerous benefits to greens aficionados who dare to take their gardening experience to the next level. Aside from acting as a shield against the effects of inclement weather, a mini, hobby, or semi-pro greenhouse can also serve as a protective layer that keeps harmful bugs and critters at bay.

What’s more, its enclosed structure allows you to control your plants’ growing conditions including the temperature, light, moisture, and ventilation of the greenhouse’s internal environment. With a controlled environment, you’ll be able to extend growing seasons and grow plants that aren’t native to your area.

No matter how well-informed you are about how to prevent root rot in hydroponics, you cannot completely eradicate the risks. Therefore, to avoid the worst-case scenario, you should be prepared to sacrifice the infected for the sake of others. While you’re at it, consider trying your hand at greenhouse gardening as well.

View Knowledge Base
Ann Miller
Posted in:
Planting
Previous article
How To Start Canna Seeds in 2 Simple Ways
Next article
How To Get Drool Stains Out Of Pillow Successfully
Leave a Reply Cancel reply
Load More