If you’re unsure who goes to wedding rehearsal, you don’t need to invite many guests. As you’ll learn in this article, you only need a few people because those who’ll participate in the ceremony are the only necessary rehearsal guests.

We will discuss rehearsals at weddings in more detail below to guide you, especially guest etiquette. And for another reference, we recommend that you check how to run a wedding rehearsal. 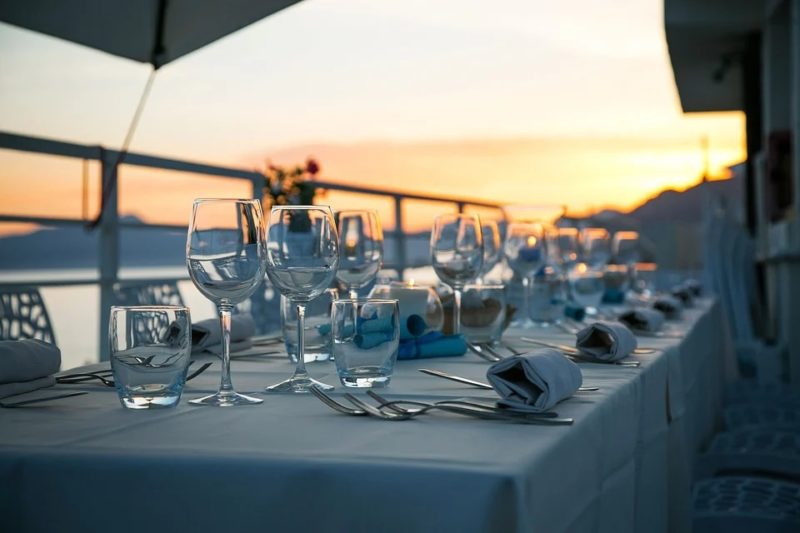 Therefore, guests who’ll remain seated throughout the ceremony don’t need to attend the rehearsal. Furthermore, inviting too many people to the rehearsal will lead to a chaotic practice and might cost you more since you’ll pay for more guests at the subsequent rehearsal dinner.

To know who goes to the wedding rehearsal, check your wedding ceremony program and invite those with a role in it. They are the people who will do a reading, walk down the aisle, or stand at the front of the aisle with you.

Do Parents Need To Be At Rehearsal?

The bride and groom’s parents both need to be at the rehearsal because they are often included in the wedding processional. This will also help your parents know where to sit, and whoever runs the rehearsal can guide the bride’s guardian regarding how to walk down the aisle with her.

Traditionally, the father walks the bride down the aisle. However, if he has questions about the flow and gestures, such as the “giving away” of the bride, the rehearsal will guide him much better and ensure that he’ll feel confident with what to do.

But of course, not all parental dynamics are the same, and you may have a parent not participating in the ceremony. If that’s the case, they don’t need to attend the rehearsal, but it’s your choice to invite them as a rehearsal dinner guest for common courtesy.

Do grandparents need to be at rehearsal?

Another common question for couples is whether they should have their grandparents at the rehearsal. Again, the answer depends if they’re also part of the ceremony or processional.

If they do a reading or walk down the aisle, they should attend the rehearsal to know the timing and where to sit afterward. Some couples also include their grandparents in the rehearsal dinner regardless.

Do Aunts And Uncles Come To Rehearsal Dinner?

Read what to wear to a wedding rehearsal dinner to guide your guests on the dress code.

How Many People Go To Wedding Rehearsal?

Typically, you won’t have over 20 people in the wedding rehearsal. However, the size depends on the wedding type as some ceremonies are short with few elements that need different roles.

So if your wedding doesn’t have processional or multiple readings, the rehearsal might only have under ten people. Besides your parents, grandparents, and readers for the wedding ceremony, here are the other people to invite to the wedding rehearsal:

Of course, the wedding officiant needs to be at the rehearsal since it’s likely that they helped you create the ceremony flow and script. The officiant is also experienced with the positions and gestures, so they often run the rehearsal themselves.

Some weddings have the coordinator run the rehearsal. They might also be familiar with the venue and timings, so they should be invited to the rehearsal.

The maid of honor, best man, bridesmaids, and groomsmen are part of the processional. Therefore, they must attend the rehearsal.

If a senior guest part of the processional or readings needs an escort to walk down the aisle and find their seat, invite that person. This will ensure that they’ll know where to guide the grandparent or parent.

The flower girl and ring bearer are the youngest rehearsal guests. Of course, they must also participate to know what to do at the ceremony; then, don’t forget to invite their guardians.

And that’s it! To recap who goes to wedding rehearsal, you only need to invite the people participating in the ceremony.

Know who will walk down the aisle, do a reading, and have other roles in the ceremony. You will also invite the coordinator and officiant to help run the rehearsal.

Otherwise, guests who will remain seated and have no role in the ceremony don’t need to attend the rehearsal.