Consider one factor on who can witness a wedding; it should be someone close to you. However, a stranger can also be your witness, which we’ll discuss in more detail below.

Additionally, you might also be wondering if a friend can officiate your wedding. You can read about how to ask a friend to officiate a wedding as different factors can affect this decision. 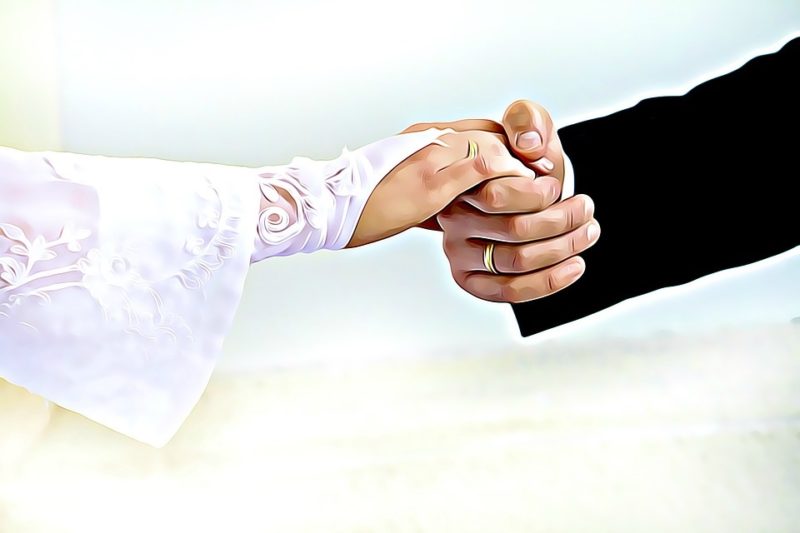 Who Can Be A Witness In My Wedding?

Choose someone close to you

If you don’t know who can be a wedding witness, an easy choice would be the maid of honor or the best man. The couple might even choose these two as their witnesses, especially when they’re very close.

However, family members can also witness your wedding as long as they are willing. For example, you may want your parents, grandparents, or siblings to be your wedding witnesses as well.

Can anyone be a witness at a wedding?

Some couples elope or have a private wedding that it’s a secret to their friends and family. It’s likely to have a stranger to stand as you witness in this instance for the legality of the ceremony.

Just remember that anyone you choose to witness your wedding should understand their role and be willing to sign their names. Furthermore, familiarize yourself with the marriage witness requirements in the US.

How many witnesses do you have at a wedding?

The number of witnesses you need in a wedding varies per state. For example, the law in Kentucky requires two witnesses, while only one witness is needed in Iowa.

Additionally, familiarize yourself with each state’s requirements for the wedding witnesses. For example, in North Dakota, your two witnesses signing your marriage license can either be related or non-related.

Can you marry without witnesses?

Some states don’t require witnesses. However, know what to expect just in case.

What states do not require a witness for marriage?

These states don’t require a witness in the wedding according to US Marriage Laws:

Please note that it’s crucial that you still research the guidelines and rules on where you’re getting married to avoid any issues. In some states, there are also other considerations.

For example, you will need two ceremony witnesses to get your marriage certificate in Georgia if the person who performed the ceremony failed to complete the form. On the other hand, the marriage will be recognized even without a witness in Tennessee, but one witness can sign on the marriage license.

What do wedding witnesses do?

The wedding witness will observe the wedding ceremony from the name of the role itself. In addition, the witness or witnesses will also sign the marriage license.

Besides witnessing the binding of the couple at the wedding ceremony, the witness doesn’t need to be involved in other tasks. For example, a witness is not required during the application for a marriage license, and the person responsible for fulfilling the marriage requirements according to the state laws is the wedding officiant.

Why Do You Need A Witness to Sign Your Marriage License?

Afterward, only then can your wedding officiant file the license to the government recording agency. After that, you’ll only need to wait to receive the marriage certificate that will prove the legality of your marriage.

What Do You Need To Be A Witness At A Wedding?

The wedding witnesses don’t need to bring various items at the wedding. However, some states require a photo ID since age requirements vary per place.

And while you don’t need a formal outfit, dress appropriately and avoid casual wear. As for the officiant, read what to wear to officiate a wedding.

And that’s it! We just learned who can witness a wedding, and it can be anyone as long as they meet the state law requirements.

It’s common for someone close to the couple to witness their wedding, but those who eloped can also choose a stranger. And in some states, witnesses are not even required.

Last Updated on 8 months by Igor