Are you currently having a mildew problem in your fireplace? In this article, we will help you answer the question “why is there mildew in chimney”.

Mildew is a type of fungus that thrives in a moist environment. It can grow almost anywhere from the ceiling, to walls, to carpets, and other places with a lot of moisture. 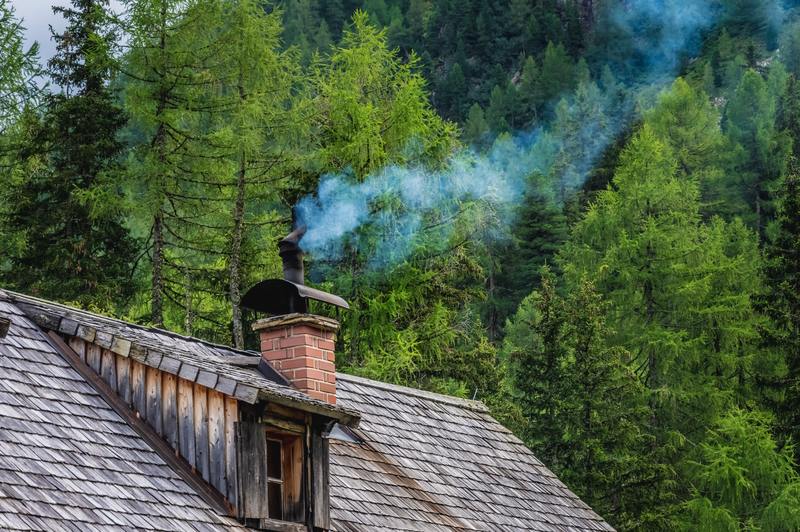 The growth of mildew in any area of your house is certainly frustrating. Not only is it unsightly, but it can also cause a variety of health hazards.

Read on this article to find out more about mildew in chimneys and ways to get rid of them.

How To Detect Mildew In Chimney

Mildew appears as a gray or white patch on surfaces. It is easy to detect it if it grows on the visible areas of the chimney.

Meanwhile, it is hard to detect its presence when it grows in the concealed and hardly accessible parts of the chimney. In this case, you can detect it through smell.

Mildew gives off a musty odor. Lean into your fireplace and get a whiff of the odor inside the chimney.

However, be careful in smelling this musty scent. Too much exposure can cause a runny nose and other allergic reactions.

Causes Of Mildew Growth In Chimney

When there is poor ventilation, condensation from vapor produced during the combustion process gets trapped inside the chimney. This creates a damp environment ideal for mildew.

Poor ventilation is caused by obstructions in the vent such as debris like twigs, leaves, nests, etc., and/or a high amount of creosote in the chimney liner.

Improper application of waterproof sealant allows water to seep through the brick-and-mortar walls of the chimney.

Likewise, cracks in the chimney crown can cause water to seep into the chimney.

Rust, harsh weather, or improper installation can cause leaks and other damage to the chimney cap. This can cause moisture to penetrate the chimney.

How To Get Rid Of Mildew In Chimney

To get rid of mildew in the interior of the chimney, you need to contact a professional chimney sweep and let them do the work. Chimney sweeps are trained to identify and repair damages in the chimney as well as do other maintenance activities such as removal of creosote build-up, repair of the firebox, damper, smoke chamber, and many more.

Removing mildew by yourself, especially if you are not trained to do the job, is not advisable as it can cause further damage to the chimney or serious health risks to you.

However, if the mildew is in the external area of your fireplace, you can easily remove it using an antifungal cleaner, wire brush, and scrub. Check out this useful article on how to make mold and mildew remover.

Make sure to wear personal protective equipment such as gloves and mask when removing mildew. This fungus can cause skin irritation, allergic reaction, and other illnesses to sensitive people when handled directly.

How To Prevent Mildew Growth In Chimney

Now you know the answer to the question of “why is there mildew in chimney”, avoiding this fungus’ growth on your fireplace should not be a big problem anymore.

Remember, mildew thrives in a high moisture environment. Therefore, proper ventilation and getting rid of moisture sources such as cracks, leaks, and improper waterproofing in your chimney should prevent it from growing.

Make sure to contact a professional chimney sweep to schedule an inspection and cleaning annually at the least.

Are you also having mildew problems in other areas of your home? Here is a useful guide on how to pressure wash a house with mildew.