Baking soda absorbs the smelly odor by attracting the acid and base particles produced by the food you store inside the fridge. This absorption results in a non-stinky smell of your fridge, which shows that baking soda could quickly solve your problems with the stinky fridge. 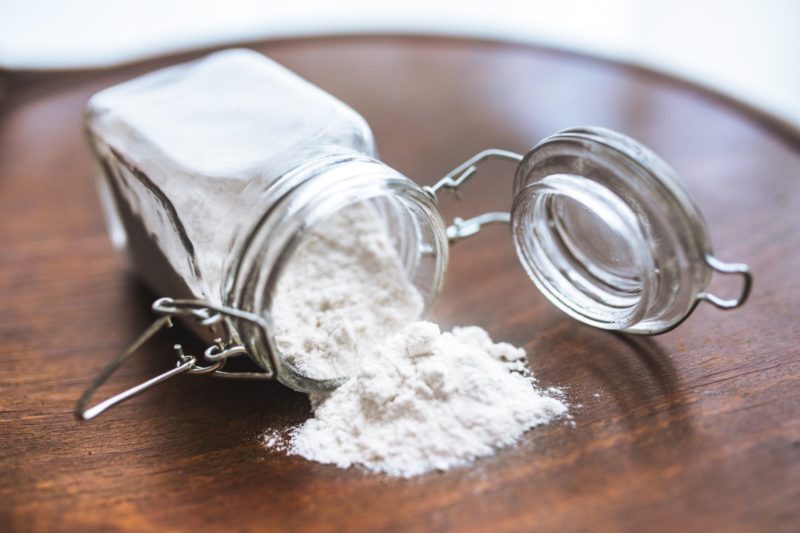 Foul odors give us stress most of the time, especially if that odor comes directly from your fridge. Rotten food and accumulated bits of food and moisture in the refrigerator’s vegetable bin are one of the causes for a smelly fridge. So, read on as we discuss with you the reasons why you need to put baking soda in the fridge to get rid of these unwanted odors!

Reasons Why You Put Baking Soda In The Fridge

You may be wondering about the reasons why almost every household has a bowl or open box of baking soda inside their fridge. One could also identify that other products inside the refrigerator give out an unpleasant smell without the presence of baking soda.

When you put all the pieces together, you might have concluded that the baking soda may be the one that prevents the fridge from releasing any foul smell. With that, let me discuss the five surprising reasons why do you put baking soda in the fridge.

Reason #1. To minimize the odor

Similar to what the elders have always said, baking soda helps minimize the odor coming from the fridge. Anyone would not want their fridge to stink. So putting some baking soda inside it is a very effective way.

As the tiny particles are produced from the food, an unpleasant smell is also produced. Additionally, when these small particles settle on other food products, they will damage other’s quality. With that, putting baking soda is necessary to avoid harming the other products.

Reason #2. To keep the quality of the products

Since baking soda is great to use for minimizing the unpleasant odor of the fridge, it also protects the quality of other products. For instance, when the refrigerator has onion in it, and you placed some fresh fruits and vegetables in the bin below, those new products would have a smell of onion over time.

This is because the molecules coming from the onion have settled on these products, and nothing neutralizes them. Therefore, baking soda is also necessary to keep the freshness of products stored in the fridge.

Reason #3. To absorb the molecules

Rotten food is usually the most common cause of the foul smell that your refrigerator gives off. Even when you often cleaned your fridge and get rid of the spoiled products, the foul odor will come back when time goes by. Placing baking soda inside the refrigerator does not only reduce the stinky smell but neutralizes it fully.

One of the most common reasons baking soda is placed in the fridge is because it absorbs the potent molecules that give off the bad smell. Baking soda is also known as sodium bicarbonate, a weak base that turns the acidic and alkaline solid molecules from the food into a neutral state.

As soon as the food particles attract the sodium bicarbonate, they are immediately neutralized to prevent them from giving off an unpleasant smell.

Of course, there is a scientific reason why baking sodas reduces the foul odor released by the refrigerator. As we have mentioned in the second reason, baking soda is a weak base that neutralizes the acid and solid alkaline molecules. But one more thing you have to know is that sodium bicarbonate is also amphoteric, which means that it can either act as an acid or base depending on the particle that it absorbs.

The food products inside your fridge can produce either acidic or basic molecules. When these molecules that make your fridge smelly float around, the sodium bicarbonate will absorb it and neutralize afterward. Also, please note that the sodium bicarbonate consists of tiny crystals, wherein each provides an area for the molecule they will absorb. So, when you only placed a small amount of baking soda inside the fridge, it would not be enough to deodorize all odors.

And those are the four reasons why do you put baking soda in the fridge. Baking soda is an excellent deodorizer for your fridge as it neutralizes the molecules produced by spoiled food or any smelly product. It also keeps your fridge odor-free, as long as you placed an amount of baking soda enough for all the odors to be neutralized. Furthermore, check out other tools to keep your refrigerator odor-free.