Have you experienced a bed bug infestation in your home and wondered, “why do bed bugs smell?”

There are many reasons to explain this matter. 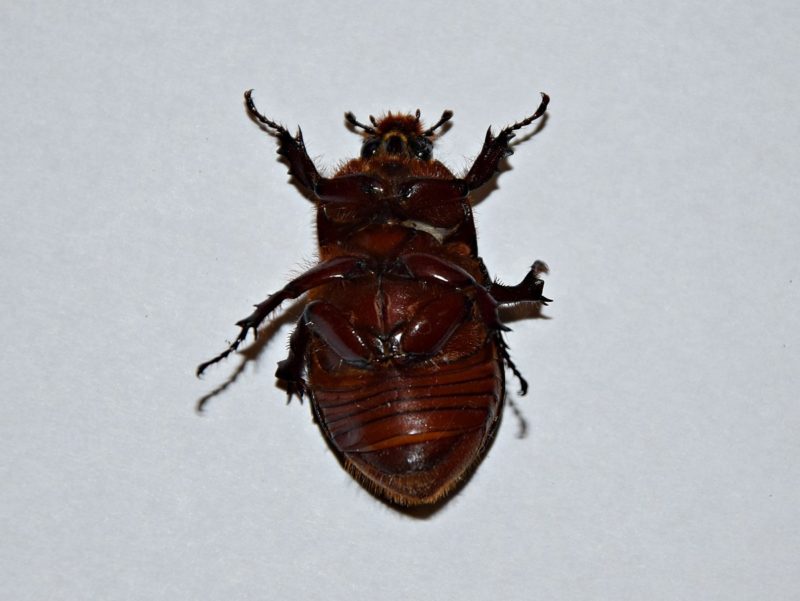 So, let us ponder together, discover facts about these insects, and formulate theories.

Some people may say that bed bugs have a pleasant aroma.

However, some also claim that these insects emit a stinky smell!

Wouldn’t that be unlucky for a person who continuously smells this disturbing odor every time he sleeps?

At the same time develops itchy and swollen bites every morning when he wakes up.

I hope that wouldn’t be me someday!

And I’m sure that you don’t want it to happen also.

Without further ado, let’s get on with the article.

Answers to this question happen to vary depending on the person and their environment.

Some say that at low concentrations, bed bugs smell like coriander, a type of spice.

Other people state that they have a scent similar to almonds or marzipan.

However, some people report that they have a powerful acidic scent or smell like spoiled raspberries.

If you have a clean room and happen to smell these displeasing scents.

Maybe it’s time to contact an exterminator to terminate these bugs.

Even though bed bugs have various smells, they could still multiply and cause more damage to you and your home.

You have learned earlier what bed bugs smell like, and we have discovered that there are various opinions on their smell.

Now, we will share the information we have gathered regarding the topic, “why do bed bugs smell?”

And here they are:

Organisms have various approaches or responses whenever they feel danger.

Just like skunks, who release a very nasty odor when they are harmed, bed bugs also tend to do the same.

Do you know what do they call these odors?

Alarm pheromones are substances that are produced and released by an organism.

They usually do this to alarm or warn another of the same species about the suspected danger.

This reason could be associated with the following situations:

Situation #1. They are disturbed

This odor is said to be similar to stink bugs.

We can conclude that these alarm pheromones are released by that group of bugs whenever they are disturbed.

How are bed bugs disturbed?

Imagine yourself coming home tired, and you plopped yourself on the bed.

If you get a whiff of a disturbing odor, that is the sign that you have disturbed a group of bed bugs on your bed.

Since they are disturbed altogether, there will be a strong scent.

Why so? It’s because they collectively released their alarm pheromones on the atmosphere.

Situation #2. They are squished

This situation can be associated with bed bugs being disturbed.

These insects can also notice that one of them is not in good shape or when they are stuck under your mattress.

Some of them die of suffocation after being squished for a long time.

And this can be considered a danger.

And it triggers the bugs to release alarm pheromones to alert other bed bugs of the suspected threat to their species.

Since these insects are considered living things.

They perform small chemical processes in their body and release body waste, such as fecal matter, decayed skin, and many more.

Here are some of the bug’s body litter that might affect the scent it releases:

This waste can be associated with a squished bed bug.

Bed bugs consume blood by sucking onto our flesh whenever we sleep.

The bites we develop every morning are because these bugs cannot survive without human or animal blood.

When a bed bug is squished, there will be a red to brownish fluid, which is the blood they consumed.

Additionally, when this squished bug is not cleaned up, their body and the blood will decay, which will result in a disturbing smell.

Fecal matter is also said to be one of the reasons why bed bugs develop an odor.

Though this material is tiny and unnoticeable, you could smell this if they are excreted collectively.

Let us imagine a group of bed bugs releasing their body waste simultaneously in one place.

The odor may not reach you if it’s only a single fecal matter, but it might give you a strong scent when it’s collected.

Other than fecal matter, nymphs, which are baby bed bugs.

This also shreds their skin and leaves it off on your bed or the surface of your furniture.

These wastes may or may not decay and might contribute to the odor that bed bugs release on your place.

Reason #3. Other substances have contributed to their odor

Bed bugs sneak onto every corner of your furniture, and there will be other smells and substances they have inhaled.

These essences can contribute to the substance’s composition inside their body, such as the blood.

This circumstance might also affect the odor released as alarm pheromones.

In conclusion, the various opinions of different people regarding the smell of bed bugs could be affected by the smell of their place.

If you happen to put scented candles in your room, these can be inhaled by the insects and might be infused in their system together with other substances.

Wow! We certainly discovered facts and developed theories on why do bed bugs smell.

Bed bugs emit various smells, but we hope that the information we provided will satisfy your curiosity.

Read what blood type do bed bugs like for more information.