Contents show
1 Here’s Who Pays For Wedding Shower
2 What’s The Difference Between A Bridal Shower And A Wedding Shower?
2.1 Who hosts
2.2 Who attends
2.3 What are the activities?
2.4 What gifts are given
3 Does The Mother Of The Bride Pay For The Bridal Shower?
3.1 Bridal shower vs. bachelorette party
4 Should Guests Pay For Bridal Shower?
5 What Do Groom’s Parents Pay For?
6 Conclusion

We will also discuss everything you need to know about throwing and hosting a bridal shower since it’s sometimes interchangeable with a wedding shower. And if you’re confused, we’ll compare these two congratulatory parties as well. 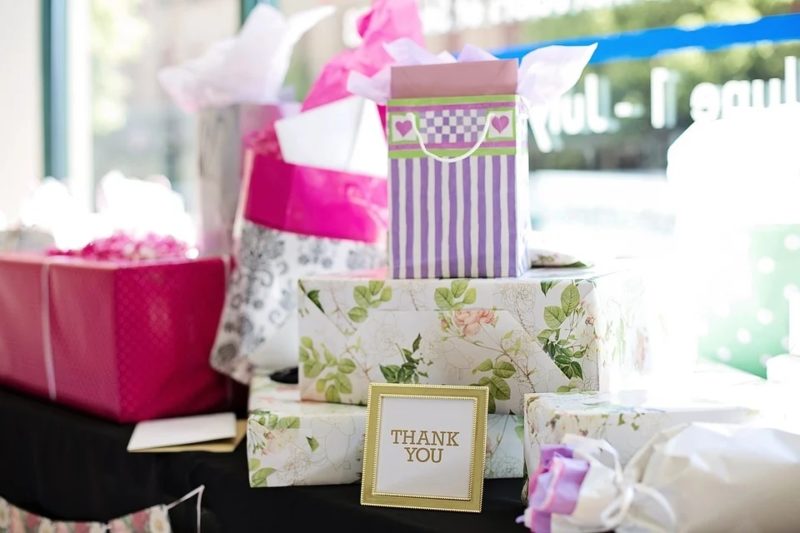 As for the bride and groom, always maintain open communication between you and your significant other regarding the wedding expenses. Even things like who buys the man’s wedding ring can follow customs or not.

Here’s Who Pays For Wedding Shower

The host/hosts of the wedding shower are traditionally expected to pay for it. It can be a close family member or friend, or even part of the wedding party itself.

The wedding shower is also sometimes considered a gift paid for by the mother of the bride or groom. In some weddings, the wedding shower and bridal shower are the same, where the maid of honor or matron of honor pays for it and hosts it.

If multiple people are hosting the wedding shower, they can decide how to divide the expenses. The bride and groom are expected not to be involved with the planning and contributing to the wedding shower other than their arrival and participation on the day itself.

However, remember that you don’t need to overspend beyond your means if you are paying for the wedding shower. You can communicate with the other hosts regarding your shares and contributions, so everyone can feel included without accidentally dismissing someone’s feelings.

What’s The Difference Between A Bridal Shower And A Wedding Shower?

The bridal shower and wedding shower are sometimes termed interchangeably. However, there are significant differences between the two that are worth noting:

From the name itself, the bridal shower is meant for the bride, so the guests are exclusively her closest female friends and family members. As for the co-ed wedding shower, whoever the groom would want to celebrate with is included.

What are the activities?

What gifts are given

A bridal shower is a bride-focused event, so the gifts are what the bride would appreciate. On the other hand, the gifts should suit both the bride and groom on their wedding shower.

Does The Mother Of The Bride Pay For The Bridal Shower?

The bride’s mother can also choose to contribute to the bridal shower. Nonetheless, she can also attend, but it’s not common for mothers to join bridal showers.

Should Guests Pay For Bridal Shower?

It’s not good etiquette to ask and request guests to pay for the bridal shower. As the host, you invited the guests, and it’s expected for you to be responsible for the event’s expenses.

If the costs are too much for you as the maid of honor, you can always ask your fellow bridesmaids and plan the shower well. Then, distribute the duties and expenses among yourselves, ensuring that everyone is happy with their contribution.

What Do Groom’s Parents Pay For?

We found out whose name goes first on the wedding invitation and it is the bride. This can be attributed since her family pays for most of the wedding.

Was this article helpful? We found out who pays for wedding shower, and it’s whoever is hosting the event.

Since it’s a shower for the bride and groom, the maid of honor and best man traditionally pays for it. However, other members of the wedding party can also chip in.

Let us know in the comments who you think should pay for the wedding party.