We found out who makes Elna sewing machines and revealed that they are a company. We’ll talk about this Swiss brand in more detail below to know if the machines are reliable.

You will also know if Janome owns Elna and what makes this brand among the most innovative ones in the past. Furthermore, why not read about its usage as well? 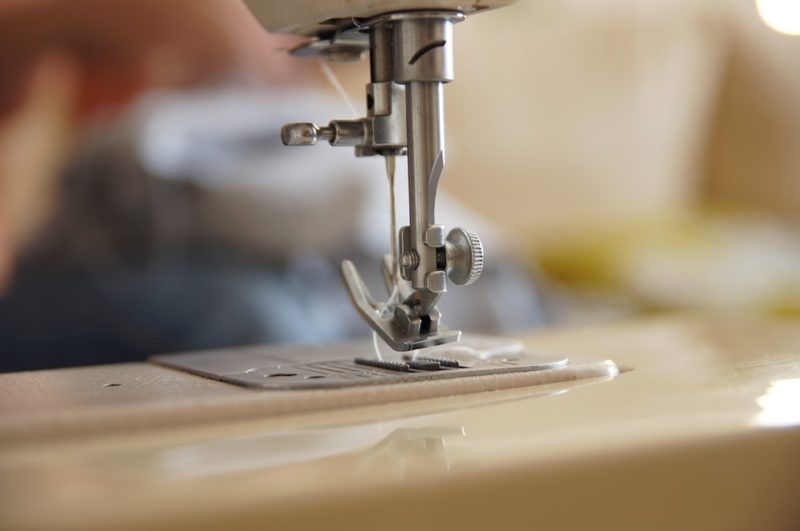 We wrote how to set up this brand, so feel free to read how to thread an Elna sewing machine. After all, proper use is crucial for any machine to live up to its promises.

Elna sewing machines are made by the company Elna. This brand was founded in 1940, and they offer sewing, overlock, and even embroidery machines.

The brand boasts that they launched the first-ever compact electric sewing machine with a free arm. Afterward, Elna released other innovative products such as the Elna Supranatic and Elna Lotus.

The Elna Supramatic was a model that offers stitch package expandability. On the other hand, the Elna Lotus launched in 1968 is still around to this day.

The Elna Lotus is a portable and compact sewing machine, and it was even part of the Design Collection of the MOMA or Museum of Modern Art in New York. As of this writing, Elna has various models like the eXplore, eXperience, and eXcellence for an array of mechanical, electronic, and premium sewing machines to choose from.

Where Are Elna Sewing Machines Made?

Elna is a Swiss brand, and the Elna 2 or Elna Supermatic model shown in 1952 was made in their Swiss industrial factory. It was the first household sewing machine capable of reverse stitches.

As of this writing, the Elna design company is based in Switzerland. However, the Elna sewing machines themselves are manufactured in Asia.

This is because Elna sewing machines are manufactured by Janome, which is a brand with factories in Thailand, Japan, and Taiwan. Janome, on the other hand, is a Japanese company that was founded in 1935.

Are Elna And Janome The Same Company?

Janome owns Elna, which is why Elna sewing machines are manufactured in Janome factories around Asia. After all, Elna’s popularity declined due to the cheaper imports from East Asia than those made in Europe.

Elna was deregistered in 1995, and by 2006, Janome acquired shares in Elna, absorbing it. However, this doesn’t take away from Elna’s well-established company with the best customer service.

Here is a quick history of their innovative models:

The first Elna sewing machine is the Elna 1 or the Grasshopper because of its green color. It was released in 1940 and was popular in the market.

After the Elna 1 in 1940, Elna revealed the Elna 2 or the Supermatic model in 1952. It was the first machine that used lightweight metal for portability compared to bulky machines during that time.

The Supermatic was also the first household sewing machine that could backstitch.

From 1964 to 1971, Elna produced the Elna Star series. These sewing machines are innovative during this period because they’re capable of various needle positions, automatic stitching, speed control, and six operations.

Marcel Frezard was the designer responsible for the Elna Lotus. It was the first miniature sewing machine that became an exhibition in MOMA.

The Elna Lotus is capable of being super compact because it has hinged lids and a folding handle. This is also why it’s called lotus since it’s open the same way as that flower.

The Elna 5000 is the brand’s first computerized model. They also produced overlocking machines in 1986, until the company faced lower demands for European sewing machines in the mid-1990s.

Elna released the Elna 7200, which is a computerized sewing machine. The brand boasts its professional and industrial features.

How Much Do Elna Sewing Machines Cost?

You can use the dealer locator on Elna’s website to check the prices of their models in stores. Upon checking Janome and Elna’s website, you can only view the model and its features, but costs were not indicated.

However, you can learn about Elna’s special offers on their website. From there, you’ll see some holidays, which can last for several days with offers and discounts.

With this in mind, please read how to buy a sewing machine so that you can get the best value for your money.

And that’s it! We just found out who makes Elna sewing machines, which is the company Elna itself.

However, since Janome now owns Elna, Elna sewing machines are manufactured in Janome factories all over Asia. Nonetheless, Elna was an innovative brand with their sewing machines that even made them showcases in museums.