Despite being three centuries old, the question of who invented the rocking chair is still unanswered. Rocking chairs have been here for a long time, often being used by senior citizens or little children looking for a bit of fun. Many attribute it to the American Founding Father Benjamin Franklin, but some say otherwise.

Continue reading as we try to find the answers to the curious question, and determine (among other things) the actual creator of perhaps the most well-known piece of furniture in the world. 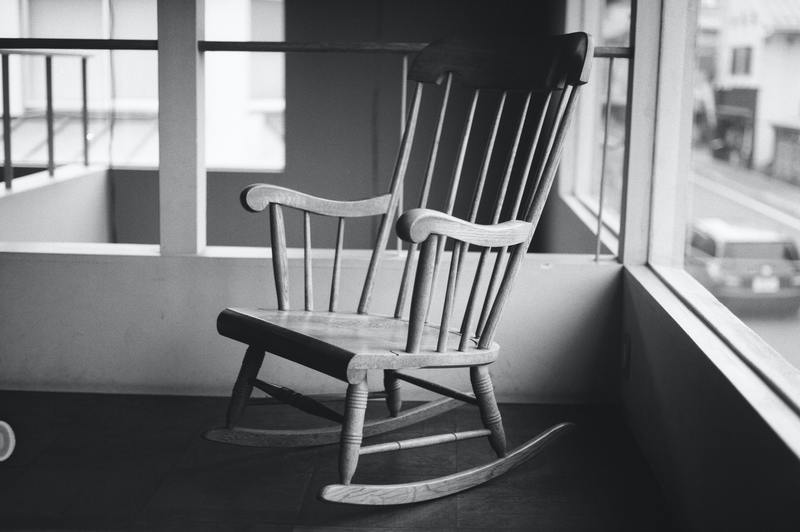 Table Of Contents
1 Who Created The Rocking Chair?
2 The Changes Of Rocking Chairs Throughout History
3 Surprising Benefits
4 Conclusion

Who Created The Rocking Chair?

First, let us lay down the facts. The first rocking chair was made in North America in the early 1700s. At this time, there were already rocking cradles for toddlers to sleep in.

These cradles then inspired rocking horses, which are nowadays usually found in daycares. These two rockers have inspired the creation of the “rocking chair,” a word that first appeared in the Oxford English dictionary in 1787.

Benjamin Franklin is known for many things, and being an inventor is one of them. He owned multiple rocking chairs, including a large one in his study.

Franklin ended up making the chair famous at the time. The people connected his identity as an inventor and his collection of rocking chairs, and they assumed that the chair is one of his famous creations. However, it is more likely that he was just an enthusiast and an adapter of the concept.

Other historians have disputed claims that credit Ben Franklin for the creation of the rocking chair. These dissenting groups say that a cabinet maker was the first to make the chairs at a time when Franklin was still a child. Nevertheless, regardless of who first made it, Benjamin Franklin has contributed to the wide popularity of the piece of furniture.

The Changes Of Rocking Chairs Throughout History

These rocking chairs were often used outdoors and in gardens. They were originally just chairs with curved pieces of wood attached to their legs so that they would rock back and forth soothingly. The trend then spread to England in 1725.

The English have created their own styles, and eventually, the chair has found its way to other parts of Europe. By the 1800s, a furniture maker named Michael Thonet made the Bentwood rocking chair.

This is a more elegant, comfortable rocking chair with beautiful swirls and plush cushions. Americans have been creating their own modified versions back home, such as the ladderback and the platform, among others.

Since its creation, people have made multiple variations of the rocking chair. Some rockers have no arms, which women commonly used as they knitted and sewed. Multiple styles came into existence throughout the years, with folding rocking chairs eventually being invented.

American presidents were even known to use rocking chairs. Abraham Lincoln, on the day of his death, was watching in the theater on a rocking chair. President John F. Kennedy suffered a chronic back problem, and his doctor prescribed him the use of a rocking chair to alleviate his ailment.

Nowadays, these chairs are still beloved by many, including antique collectors that treat them as masterpieces. These collectors pay up to $3,000 for authentic rocking chairs, depending on the rarity and the condition of the piece.

At the time of its creation, the rocking chair was just a chair. People did not think much about them besides a piece of furniture that swayed them back and forth and helped their babies go to sleep. As it turns out, rocking chairs had a value more than meets the eye; even more so than what it was originally made for.

According to clinical studies, rocking back and forth improves balance and blood circulation, exercises the thigh and abdominal muscles, and alleviates muscle pain. Studies also found rocking chairs to reduce anxiety and depression. A researcher at the University of Rochester School of Nursing said that rocking “provides a soothing effect to infants” and that the same is true for the elderly.

Researchers also used rocking chairs for older people with dementia and emotional pain, and they have found that swaying and rocking immediately calms patients down. The constant rhythmic swaying also helps combat insomnia for all ages.

We may never determine the true inventor of the rocking chair, but the masses seem to agree that Benjamin Franklin is the principal inventor. Benjamin Franklin helped popularize the now-beloved chair and contributed to it being widespread in the United States. Eventually, the designs spread to England and all over the world.

As it turns out, rocking chairs are more than just chairs. They have excellent health benefits to give to people of all ages, especially to the senior citizens. This contributes to the popularity even more.

Agnes Williams
Posted in:
Chairs
Previous article
3 Easy Steps On How To Sit In A Kneeling Chair Comfortably
Next article
Where Can I Try The Perfect Sleep Chair? The Perfect Guide
Leave a Reply Cancel reply
No more posts found in this category.