If you’re out of ideas on where to go for wedding anniversary, consider these six suggestions. They can be applied regardless of where you are in the US, but we’ll also set specific examples of locations that you can go to celebrate your wedding anniversary.

And if you have specific celebration questions for different wedding milestones, feel free to browse our blog. For example, you might be interested to know how to celebrate your 50th wedding anniversary with your family. 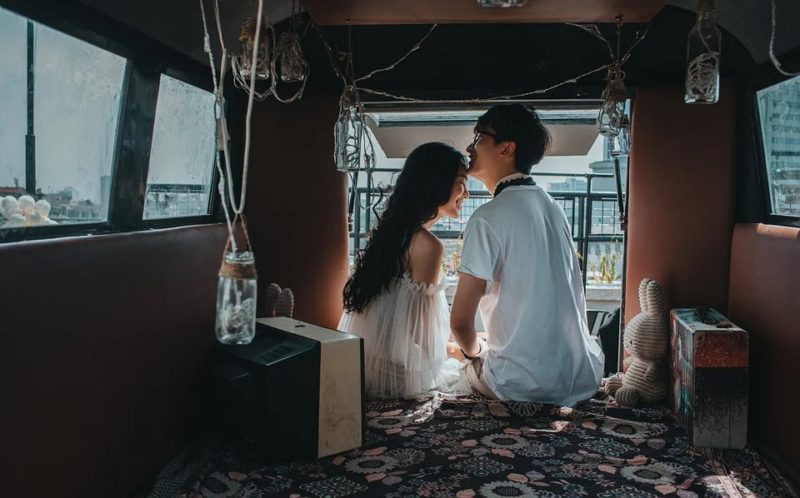 Where Can We Go To Celebrate Our Wedding Anniversary?

Since it’s anniversary travel, why not indulge in a romantic getaway somewhere really far. This is especially enjoyable for couples celebrating significant milestones like the 20th or 50th wedding anniversary.

Browse the internet for resort anniversary ideas, packages, deals, and even discounts on plane tickets and accommodations in your chosen place. You can even do a long drive to another state if you want a more DIY travel experience.

But of course, consider your spouse and ask them if they have a specific state or country in mind. Here are some places in and outside the US for a long-distance wedding anniversary celebration:

Are you and your partner fan of the outdoors? Perhaps you’ve been meaning to go camping or hiking but never had the time?

Your wedding anniversary is perfect for coming to your dream campsite and spending your marriage milestone doing something great for physical and mental health. You can also use this as an opportunity to reflect and have a break from the fast-paced world.

Here are some of the best places to go camping with your spouse. And as a bonus, they make fantastic photo backdrops too!

If you don’t have the time to go outside the state or country, you can celebrate your wedding anniversary at the place where you had your first date. You can even set a date to go through memory lane.

Perhaps you start the morning at the place where you had your first date and finish it at where you got married. Of course, you can also eat the same foods you had at the wedding or have a photo shoot as if it’s only yesterday since you got married.

A staycation doesn’t necessarily mean that you don’t have to get out of the house and make an effort to dress up. Instead, why not just find a local hotel or resort and have a close date?

You can also relax with your partner and feel more refreshed on the upcoming weekday. This is affordable, but it means you won’t have any excuse not to celebrate your anniversary.

Are you celebrating your 35 years of marriage? You can also read what to do for your 35th wedding anniversary.

A fun anniversary travel idea is to go on a gastronomic adventure with your spouse. Some couples quickly bond over food or love for a specific cuisine,

Use your wedding anniversary to go somewhere to eat, which can be to another country or state. You can also visit all the cafes and restos in your town, tiny businesses.

If you find the ranking of states by food, these states top the list:

Wine is always the romantic drink choice for wedding anniversary dates. But instead of having it with a dinner reservation, why not arrange a wine tasting?

There are many romantic wine trails in the US to choose from. There are even places that offer couples packages, including a stay at the inn and even wine glasses you can take home.

Where Is The Most Romantic Place In The The USA?

Try these places for your wedding anniversary romantic getaway:

Best Places To Go For Wedding Anniversary In The USA

Try these romantic resorts for your wedding anniversary:

How Can I Celebrate My Low Budget Wedding Anniversary?

You can always have a simple celebration at home. But, perhaps a thoughtful date night with your spouse’s favorite meals or a spa for two is an affordable thing to do and make your anniversary romantic.

And that’s it! To recap where to go for wedding anniversary, you can always go outside the country to a romantic city, national parks, local explorations, gastronomic adventures, wine tasting, or have a staycation.

We hope this list gave you many ideas; let us know below how you’d celebrate your wedding anniversary.