If you’re unsure about where do grandparents sit at wedding, they should be in the front along with the other closest and most distinguished wedding guests like the couple’s parents. We will also discuss the etiquette of where they must sit at the reception to help you plan your seat plan.

Furthermore, why not read about who sits where at a wedding ceremony? It’s always helpful to know how to plan the seating arrangement of the wedding guests according to tradition. 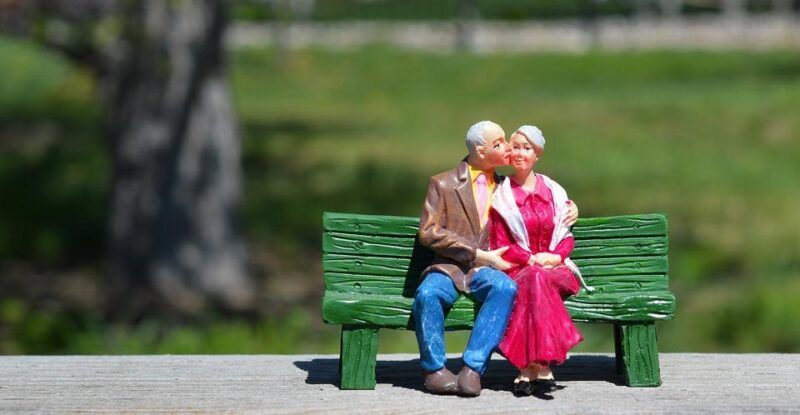 The couple’s grandparents must be seated in the front or second row, depending on the setup of the ceremony venue. This is not only to honor them at your wedding, but these spots are also comfortable for seniors.

Your grandparents will quickly go into their seats, especially after the processional. Furthermore, they’ll surely appreciate that they have the best view of the ceremony.

You can seat your grandparents on either side of your parent’s, which is why it’s helpful that they’ll attend the rehearsal. After walking down the aisle, the groom’s grandparents will sit before the bride’s grandparents, with the paternal set first, followed by the maternal grandparents.

Where do step-grandparents sit at the wedding?

If you or your partner has step-grandparents, they will be seated before the birth grandparents. They can sit on the row behind the immediate family members, depending on the dynamics of the families.

Some families are okay with intermixed, while some setups might be better off if you separate blood relations from step-relations. For example, the two families can sit on each side of the aisle.

Which grandparents sit first at a wedding?

The groom’s grandparents will be seated before the bride’s grandparents. This follows the guideline that the people closest to the bride will come down the aisle nearest her.

Another consideration when arranging the seating arrangement of your grandparents is if they are physically limited. If your grandma or grandpa is on a crutch or wheelchair, it’s best to have them seated in an end seat in the front or second row at the ceremony.

This way, they can move in quickly when needed. If they have a caretaker, they can also sit beside your grandparent to assist them if needed.

Then, the following rows behind your immediate family members can be for extended family and special guests. Of course, big weddings always have attendants to help seat the guests.

Where Does The Grandmother Sit At A Wedding?

You reserve the first few rows on both sides for your closest family, so the grandmother will usually be on the first or second row. If she has physical limitations, have her seated at the end of the row.

It’s best to have someone walk her down the aisle during the procession to assist her to the seat before the ceremony begins. Then, she can sit beside your grandfather or even your parent if she’s widowed.

And for a step-grandmother, she can sit in the row beside or behind your birth grandmother. Overall, remember to consider their comfort when deciding where do grandparents sit at weddings.

What Order Are The Parents And Grandparents Seated At A Wedding?

However, the groom’s grandparents will take their seats first, followed by the bride’s grandparents. If both parental and maternal sides attend, the former will sit first.

To know how to guide your grandparents after the processional, please read who walks the grandparents down the aisle at a wedding.

Do Grandparents Sit In The Front Row Weddings?

The grandparents should be seated in the front row at the wedding ceremony. They’ll be in the same row as the couple’s immediate family.

However, the size and setup of the ceremony venue might affect the seating arrangement of your honored guests. It’s possible for the grandparents to also sit in the second row.

Where Does The Grandmother Of The Bride Sit At The Reception?

The reception seating arrangement will depend on the type of setup. But similar to the ceremony, the grandparents will sit in the front row, close to the wedding head table.

Make sure that they’re also near the exit. It’s typical for older guests to go home early, and the exit should be easily accessible.

Depending on the family dynamics and type of tables you’ll have at the reception, you can seat the parents with the grandparents. Some setups also have long tables where you can dedicate each side to the bride and groom’s families.

And that’s it! You just learned where do grandparents sit at wedding: which should be in the front or second row.

They will be seated before the parents, with the groom’s side preceding the bride’s. And if there are step-grandparents, they can sit behind the birth grandparents.