If you’re unsure about what states can you officiate your own wedding, there are nine states where couples can officiate their own wedding. We will discuss a self-uniting marriage in more detail below, including the specific requirements that a state may have if it allows self-solemnizing weddings.

But more than knowing the states where you can officiate your own wedding, you might also be curious about legally becoming an officiant. Here’s how long does it take to become a wedding officiant to help you understand the process. 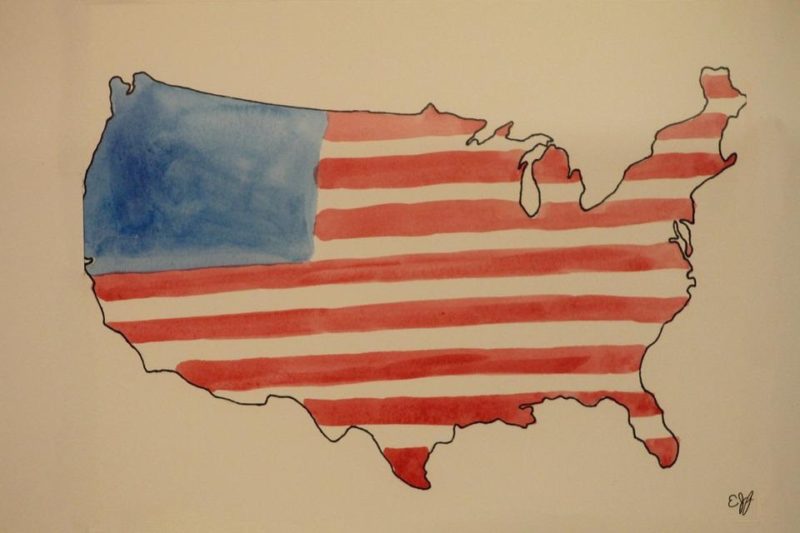 Complete List Of What States Can You Officiate Your Own Wedding

The US states where you can be your own officiant and make a self-solemnizing marriage ceremony are Colorado, Illinois, Kansas, Maine, Montana, Nevada, Pennsylvania, Wisconsin, and The District of Columbia.

These states allow self-uniting weddings, and they offer a self-solemnizing marriage license. But before couples officiate their own wedding in any of these states, understand that some states might have other requirements to ensure that the union will be legal, valid, and recognized.

For example, Illinois, Maine, and Nevada may require you to note your religious affiliations on your marriage license and other forms. Montana, on the other hand, will offer you a Declaration of Marriage form that is similar to a marriage license.

Is officiating your own wedding legal in the US?

You can perform your own marriage in the US, but it’s only permitted in the few states mentioned above. Therefore, it’s crucial to check your state regulations to ensure that your union will be recognized and legal.

Can you officiate your own wedding in California?

Self-uniting is possible for some couples in California. They will purchase a non-clergy marriage license or the License and Certificate of Marriage for Denominations Not Having Clergy.

They will also need two witnesses to sign the license in place of an officiant. But for more information, check with the local clerk beforehand.

Can You Marry Yourself To Another Person?

In some states, couples can perform their own wedding with a self-solemnizing marriage license. And from the few states where self-uniting weddings are recognized, you should still check if they have additional requirements, especially with the documents and other legalities for the wedding.

Since you’ll be the officiant at your own wedding, some states will require a witness or two to be present at your marriage ceremony. Furthermore, you might also need to be ordained to perform a marriage in your state legally.

Then, after the wedding, some states can require another officiant to complete the marriage license. To avoid issues and headaches, read your state policies thoroughly or contact someone directly for the latest information and requirements.

And, of course, call the local country clerk to ask if you can perform your own marriage. We recommend reading about what is a quaker wedding, which is a self-uniting wedding.

Can You Officiate Your Own Wedding In Georgia?

Georgia is not one of the states where you can officiate your own wedding. Instead, the state requires the marriage license to be signed by the officiant, the married couple, and the two witnesses for the marriage to be legal.

Georgia also requires the proclamation and pronouncement at the wedding ceremony for it to be recognized. The couple should be present themselves and do their “I dos,” then the officiant will announce them as married in front of the witnesses.

What are the wedding officiant registration requirements in Georgia?

Even though you can’t marry yourself in Georgia, becoming an officiant is relatively easy. If you need to marry a couple in Georgia, you must follow their law on who can solemnize a marriage.

Ministers are among those who can officiate a wedding in Georgia, including those who are ordained online. And unlike other states with stricter laws, you are not required to register with any government office.

Can You Marry Yourself In The US?

You can be your own wedding officiant in some states in the US. However, not everyone can officiate weddings of their own in other US states because they require a third-party officiant to perform and sign the license.

Always read your state laws to avoid issues with weddings and becoming a marriage officiant. You can also call the country clerk office if you have specific questions and to know the latest requirements regarding recognized and legal unions.

Can An Ordained Minister Officiate Their Own Wedding?

Most people get ordained online as it’s usually free and fast. And as long as you read and follow the state laws where you’ll perform the wedding, you can ensure that the marriage will be valid.

What Is A Self-Uniting Marriage?

A self-uniting marriage refers to a unity where no third party is performing the unity ceremony. The couple can marry themselves in the absence of an officiant.

However, self-solemnizing marriages are only permitted in select US states.

Was this guide helpful? To recap what states can you officiate your own wedding, they are Colorado, Illinois, Kansas, Maine, Montana, Nevada, Pennsylvania, Wisconsin, and The District of Columbia.

You can also purchase a  License and Certificate of Marriage for Denominations Not Having Clergy in California. Overall, a self-uniting marriage is possible, but it’s imperative to read and follow your state laws.