That special feeling at the end of a long day when you want to sit back, relax, and put your feet up in your favorite seat. So, where do you prefer to sit? Are you a couch potato or a loveseat lounger?  And what makes it a couch vs a loveseat?

When shopping for living room furniture, it can be difficult to tell the difference between a couch and a loveseat, especially if you’re looking online. Loveseats and sofas are frequently sold as a pair to fit into your living room. 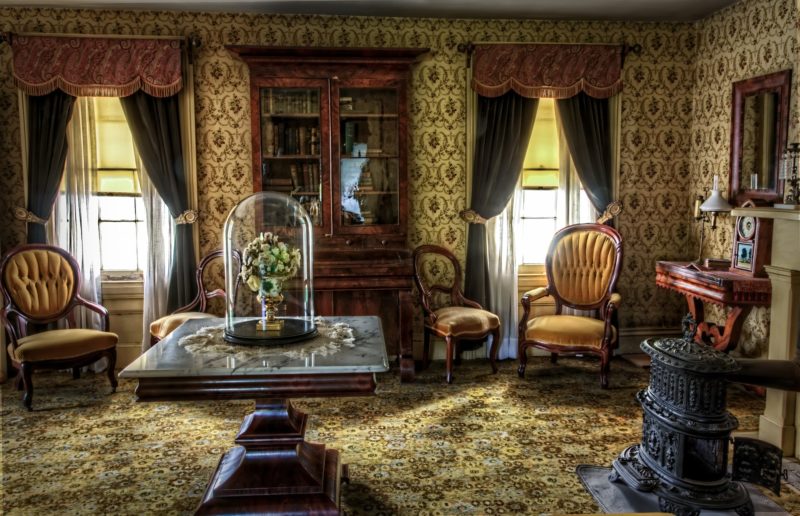 One of the purposes of purchasing furniture for a home is comfort. That means that everything must fit for everyone to be comfortable and happy. When considering a sitting area for family members and guests, a couch or loveseat comes to mind.

Homeowners frequently have to choose between a traditional couch and a loveseat. While both options provide a comfortable place to rest, some key differences distinguish these two pieces of furniture.

A loveseat is essentially a chair for two people. It is typically shaped like a small couch and is intended to seat two people comfortably. As a result, they are ideal for too small spaces for a large sofa but still require seating.

What is a Couch?

A couch also referred to as a sofa, is a piece of furniture that accommodates two or three people. It is most commonly found in the form of a bench, with upholstered armrests and, more often than not, springs and tailored cushions.

Couches are commonly found in a home’s family room, living room, den, or lounge. Non-residential settings where they can be found include hotels, commercial office lobbies, waiting rooms, and bars.

What Makes it a Couch vs a Loveseat?

This article will teach you everything you need to know about determining the difference between a loveseat and a couch to select the best fit for your home.

The most noticeable difference between a loveseat and a sofa is size. It is a small, comfortable surface that is ideal for cuddling with your loved ones.

A traditional loveseat is smaller than a standard couch and measures about 60 inches long. Meanwhile, a couch is made much more prominent, ranging in length from 75 to 91 inches.

The number of cushions is the most noticeable way to distinguish a loveseat from a couch.  In addition, the number of pillows serves as a visual representation of where you can sit.

A loveseat is intended to seat one to two people and has only 1-2 cushions. Therefore,  a loveseat with two cushions should be able to sit two people comfortably.

A couch is more significant than a loveseat and typically has 2-4 cushions. Cushions are frequently more oversized in length and depth. A couch with more cushions invites multiple people to rest and relax comfortably.

When it comes to cost, loveseats and couches are sold at very comparable prices. Couches necessitate slightly more fabric and materials than loveseats, but labor is the most expensive component of both products.

A loveseat takes roughly the same amount of time to construct as a couch. As a result of the similarity in labor, the cost of both products is nearly equal.

Everyone understands the purpose of a couch! It’s for lounging around and unwinding.

A couch is usually placed in a large house room, such as the living room or the basement.

A couch is where you gather with a large group of family and friends and can be used to relax, lay down, and watch movies.

On the other hand, a loveseat serves a slightly different purpose in the home than a couch. A loveseat, surprisingly, can perform multiple functions in your home.

Since loveseats are smaller, they maximize small spaces while still giving the impression of a sofa. Placing a loveseat in a small area can make the room appear larger.

For example, rather than putting an oversized couch in a small apartment, it is often preferable to maximize space by furnishing it with a two-cushioned loveseat. In this case, the loveseat performs the same function as a couch while taking up less space in your home.

You might be surprised to learn that loveseats be able to use in the kitchen in addition to the living room! Instead of a stiff bench, consider placing a small loveseat beneath a window in your kitchen.  It could also be a relaxing spot to sit while browsing cookbooks or waiting for a timer to go off.

Ultimately, a loveseat can be a fashionable and comfortable addition to a master bedroom.

To summarize, what makes it a couch vs a loveseat, this article will assist you in deciding whether to purchase a couch or a loveseat.  Of course, your purchase decision is influenced by the size of your room, family, and budget.

However, the size of the apartment is essential in determining the type of furniture to place in it.

While there are numerous ways to distinguish between a couch and a loveseat, what matters most is how it feels and how it complements your home’s style.

Last Updated on 1 year by Igor