If you’re curious about what is a white wedding, you need to understand why this color has become traditional. First, we will take a look at the history of using white in weddings.

And since it’s a popular color choice for brides, we’ll talk about the etiquette and formality of wearing this color at weddings. But speaking of which, are you wearing another color to the wedding? 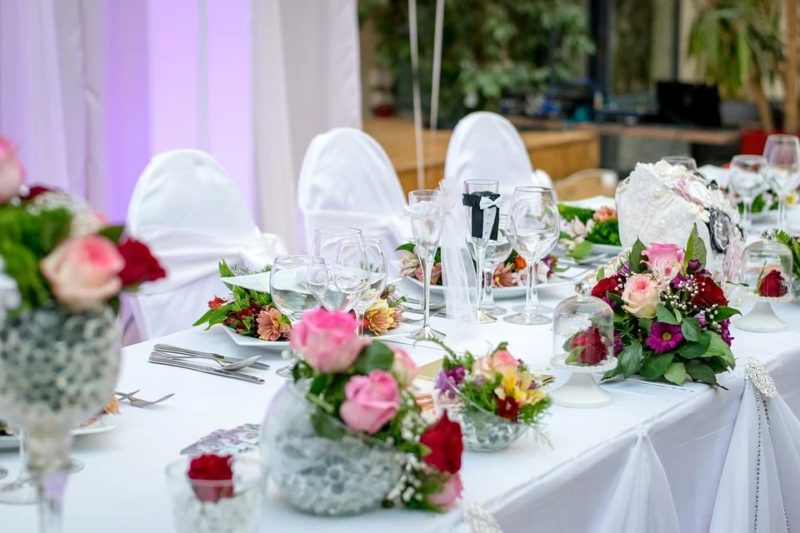 Perhaps you can benefit from knowing how to style a navy blue dress for a wedding. Feel free to browse our blog for more wedding tips and guides.

Everything To Know About What Is A White Wedding

A white wedding is the most popular type of wedding, which can either be formal or semi-formal. From the name itself, the primary color of this wedding is white, and it began from the fact that the bride’s wedding dress is white.

The white wedding originated in Great Britain after Queen Victoria wore a white dress at her wedding. Then in 1981, Prince Charles married Diana Spencer, who wore a white dress, which has been thought of as an influential wedding during the 20th century.

What Do You Call A White Wedding?

The white wedding is also called a traditional or classic wedding. This is because the bride wears white, which is also the central color motif of the event.

As one can expect in a traditional wedding, it abides the historical culture of weddings without much deviancy as in modern weddings. This means that the groom will wear a tuxedo as the bride wears a white dress.

The wedding party consisting of the bridesmaids and groomsmen are wearing formal attire, and the activities to expect include speeches, toasts, first dance, mother-son, and father-daughter dances, bouquet toss, and garter toss. The bride and groom are also getting married in a religious location, most likely the church.

What Does White Mean At A Wedding?

White means purity or innocence and this symbolism is the reason why Christian families prefer a white wedding where the bride is wearing a white gown. In Western culture, this color is associated with goodness, which is prevalent with other representations such as the white lily being related to the Virgin Mary and white animals like lambs being sacrificed for sins.

White can also mean new beginnings that you can relate to Christianity when Christ is often portrayed wearing white after the Resurrection and when children are baptized wearing white. With this in mind, white would be appropriate for a wedding where the couple will embark on a new chapter of their life.

In a white wedding, the bride’s dress is not the only one in this color as it is also prevalent throughout the venue and ceremony.

Why Are Brides In White?

The history of brides wearing white can be traced down to Queen Victoria. It is reported that she chose this color for her wedding gown to convey her seriousness to the job of being a queen.

Using white for the dress highlights its details despite being simple. She also thought this color was more romantic to symbolize marrying Prince Albert as a pure woman.

The conservative white dress then became a standard for brides everywhere. Furthermore, white is also associated with innocence and new beginnings, which is valued in Christianity, making it a staple to Christian weddings.

Does The Bride Have To Wear White?

No rule prohibits brides from wearing other colors besides white on their wedding day. However, the couple will ultimately decide how traditional they want their wedding to be and what they value the most to be depicted in this new chapter of their life.

Nowadays, more and more brides are willing to break some traditions and go against the norm. After all, the color of the wedding dress is not what makes it a wedding dress, but the event itself.

So what color should my wedding dress be? Of course, the choice is always yours, but some elegant considerations are silver, nude, peach, and other pale colors, depending on how you want to complement the occasion.

Why Is It Rude To Wear White To A Wedding?

It is considered rude to wear white to a wedding because the bride should be the only one in white. Wearing the same color as the bride would be of poor taste, especially in a traditional wedding.

It can be thought that you’re upstaging the bride, considering it’s what most brides are still wearing to this day. It is only appropriate for the bride to stand out at her wedding, which means having her the only one wearing white.

This is also why other colors close to white, such as cream, off-white, and beige are also avoided in weddings by guests. However, the wedding can also be non-traditional, and you can check in with the bride and bridesmaids regarding the colors to wear.

White is the symbol of purity, innocence, and new beginnings. These are traits that are valued in many cultures, which makes white weddings traditional weddings.

However, couples are not obligated to follow traditions. At the end of the day, they have their own values that they might want to prioritize being seen throughout the wedding.