You’ll better understand what is a sprinkle baby shower by comparing the word “sprinkle” to “shower.” Baby showers are bigger events than a baby sprinkle, but the two can also be distinguished since a sprinkle is for the family’s second baby.

The guests can be fewer, and the parents won’t receive as many gifts on baby sprinkles. But what about couples having their first child and would want something less grandiose as a shower? 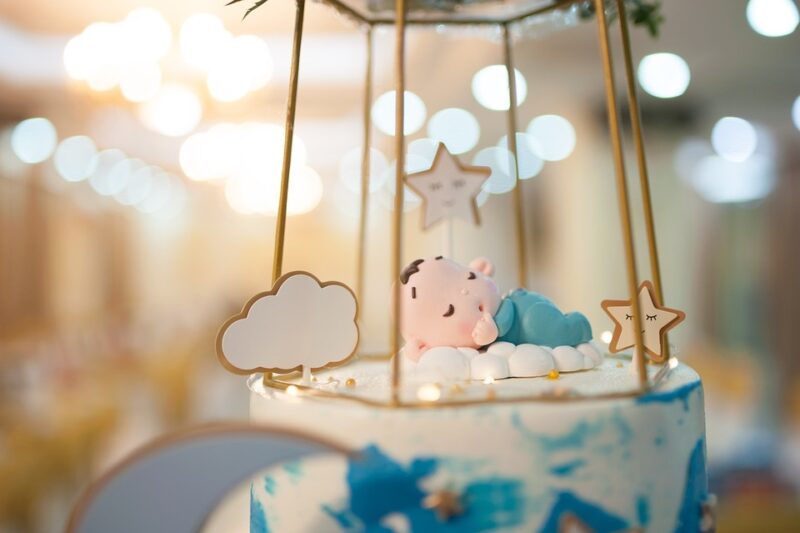 Here’s how to host a virtual baby shower, which is also perfect for a long-distance situation with friends and family.

Everything To Know About What Is A Sprinkle Baby Shower

A baby sprinkle is a party that’s less grand than a baby shower, easily so-called based on how a rain sprinkle compares to a rain shower. Furthermore, baby sprinkles are meant for the parents’ second child and not for the firstborn, as with baby showers.

You’ll still have family and friends to celebrate the party, but a baby sprinkle usually has fewer guests than a baby shower. You should also expect that the items you’ll receive as gifts at a sprinkle are more practical.

If you’re hosting someone’s baby sprinkle, you can have simpler games and decor. Or if you’ve thrown the parents their baby shower, it’s acceptable not to be responsible for their baby sprinkle.

Some parents might even skip having a baby sprinkle altogether. Instead, they might have a more straightforward party like announcing the pregnancy, having a gender reveal, or a gathering after the second child is born.

Why do they call a baby shower a sprinkle?

A baby sprinkle is so-called as it’s a toned-down version of the traditional baby shower. At a baby shower, the soon-to-be parents are showered with gifts for their baby.

Therefore, parents having a baby sprinkle for their second child can expect that they won’t receive as many extravagant gifts since they already have some items for the baby. Baby sprinkles are also simpler, where there can be fewer games and activities.

Why people are throwing baby sprinkles instead of showers?

Baby sprinkles are common among parents to celebrate their pregnancy for another child. And to avoid perceptions that they’re having a party to receive more baby gifts, they have the more lowkey baby sprinkle than a full-blown baby shower.

Some family and friends might also want to throw the baby sprinkle for the parents. If you think they deserve it and you can host a sprinkle, you can always plan and arrange the party.

What are the benefits of having a sprinkle baby shower?

Do Guys Go To Baby Sprinkles?

Co-ed baby showers are common nowadays, which means co-ed baby sprinkles are also a thing. Furthermore, dads are more involved in raising their children compared to the olden days, so it’s not surprising to see male guests at baby sprinkles.

What Do You Do At A Sprinkle Shower?

There is not much difference between the activities and games in a baby sprinkle compared to a baby shower. Guests still gather to show their love and support to the parents and their upcoming baby.

You can still have lunch with the guests, open gifts, and play baby-related games. But since baby sprinkles are more casual and laidback, it can be a simple tea party where guests mingle and catch up.

Who Hosts The Sprinkle And Who’s Invited?

Anyone close to the parents can host the baby sprinkle. If you’ve thrown the family their baby shower, it’s acceptable to have another person plan their sprinkle this time.

For example, the mom’s mother-in-law might host her baby shower for the first child, so her family would take responsibility for the sprinkle shower. And since baby sprinkles are more casual, the parents can also plan the party themselves.

How to throw a baby sprinkle shower?

To compare the timeline of activities between showers and sprinkles, you can read how long a baby shower should be.

Where is the best place to have a sprinkle baby shower?

Sprinkle baby showers are simpler celebrations, so having them in someone’s home is more practical. You can plan the decor for the backyard or someone’s living room.

How many people should be invited to a baby sprinkle?

A baby sprinkle has fewer guests than a baby shower. However, ask the baby’s parents about the family and friends they want to invite.

What To Put On Your Baby Sprinkle Registry?

The items in your baby registry should not include things that first-time parents need, as guests can perceive that you want new gifts when hand-me-downs are possible. Consider items that need to be new for every baby, like diapers or pump accessories.

Was this comparison between showers and sprinkles clear? To recap what is a sprinkle baby shower, it’s a toned-down baby shower for the family’s second baby.

It’s the etiquette for the parents never to expect the same gifts meant for first-time parents as guests already know they have some baby items from their firstborn. The sprinkle can also be more laidback with fewer activities.