The answer to what is a secular wedding is it’s a union that has no religious connotations. Because of this, a secular wedding is often selected by couples who may have different beliefs or would rather have their own symbolic ceremony without limitations and rules to follow.

We will discuss what to expect at secular weddings below to help you decide if it’s suitable for you and your partner. And similarly, you can read what is a non-denominational wedding as well, since it’s a term used by couples when describing a secular or non-religious wedding. 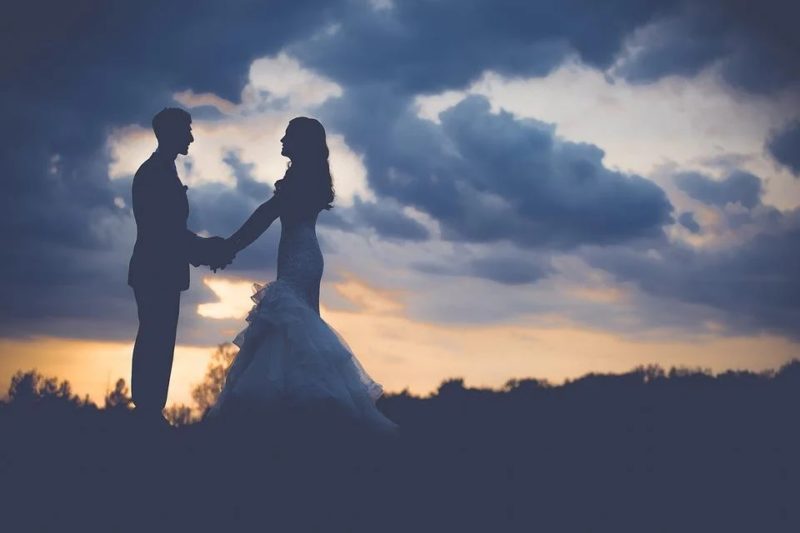 Non-Religious Weddings 101: What Is A Secular Wedding

Secular weddings can be described as a type of non-religious wedding. A secular wedding ceremony allows the couple to customize the elements to include without being limited or needing to follow traditional religious elements.

This makes a secular wedding ideal for couples with different religious backgrounds or considering themselves spiritual without any religion attached. This ceremony is also perfect for those who don’t consider themselves religious or spiritual but still want a symbolic union.

Is a secular wedding legal?

A secular wedding can be legal as long as you accomplish the documents and follow the state laws regarding marriage. Because there are no religious or administrative connotations in a secular wedding ceremony, most couples opt to have a legal union by having a civil wedding with just themselves beforehand.

Then, they can have a more symbolic and sentimental secular ceremony with friends and family. This way, there’s no need to worry about the union being invalid because you have accomplished the marriage license and certificate.

You can also personalize the non-religious wedding ceremony with your preferred unity rituals, readings, and other practices without potentially violating rules. Likewise, you won’t feel limited with the venues where you want to have your secular wedding ceremony.

What Happens In A Secular Wedding Ceremony?

Secular weddings and other non-religious weddings have no strict rules on what elements the couple can have in their wedding ceremony. Therefore, you can follow a typical wedding ceremony template without the readings and prayers.

And since you can have a friend, relative, or a professional officiant perform the ceremony, you can also work with them in planning the flow of events of a secular wedding.

To give you an idea, here is what most secular weddings look like:

If you want to leave the wedding venue in style, read what to throw at a wedding when you exit.

Officiant: We are gathered here today to celebrate the union of [couple] [You can also talk about marriage and commitment]

Officiant to the groom: Will you take [bride] as your lawfully wedded wife?

Officiant to the bride: Will you take [groom] as your lawfully wedded husband?

[Vow exchange of the couple]

[Ring exchange or the couple’s choice of unity ceremony, guided by the officiant]

Officiant: I now pronounce you husband and wife!

How Long Is A Secular Wedding Ceremony?

Non-religious weddings, like secular ones, can be as short or as long as the couple like because they can customize the traditions and elements. It can even be more concise than a religious wedding because there are no masses, readings, or prayers.

But generally, a secular wedding ceremony can last between 25 to 30 minutes. And if you want a unique but sentimental alternative to the ring exchange, try these unity rituals for your secular wedding:

Unity ceremony and rituals you can try for your secular wedding

The couple will have their hands bound together with a rope.

The couple will jump over a broom after the ceremony.

The bride and groom will hold individual vessels of sand with different colors and pour them into a single container.

The couple will have candles individually and will light one larger candle together.

Who Can Officiate A Secular Wedding?

A non-religious officiant typically marries the couple in a secular wedding ceremony. The bride and groom may also choose to have a celebrant officiate the wedding.

For the legal union, a non-religious couple can get married by a mayor, government official, Justice of the peace, or a judge. If a relative or friend is willing, they can also get ordained to officiate the wedding.

To know more about celebrants and their role in secular and other non-religious weddings, read what is a wedding celebrant.

Was this discussion helpful? You just learned what is a secular wedding, which is a non-religious ceremony that is ideal for couples who want to customize their union.

No religious connotations or traditions should be included in the wedding ceremony. So if you want a symbolic union, a secular wedding is ideal.