Like other weddings, we will also talk about what typically happens at Quaker weddings to help you know what to expect. And for couples who prefer a non-religious ceremony, you can read what is a secular wedding. 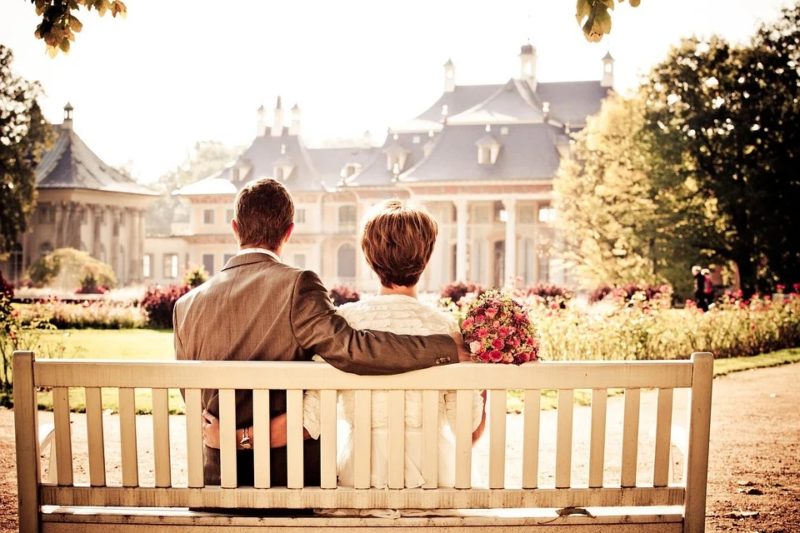 What Is A Quaker Wedding: What To Expect

A Quaker wedding is a marriage where the couple can legally unite themselves even if there is no wedding officiant. This reason and other conveniences make Quaker weddings the ideal choice for couples who want to declare themselves married.

When you decide on a Quaker wedding, you’ll accomplish a self-uniting marriage license to allow you to get married legally. You don’t need to complete documents for an officiant because you won’t need one.

Quakers believe that marriage depends on the couple’s commitment to each other; thus, external service or words from an officiant is unnecessary. Instead, according to the Philadelphia Yearly Meeting, they will guide the couple through a process of clearness, including addressing all the necessary legal requirements.

The witnesses will also sign Quaker wedding certificates like other marriage certificates. This will meet the legalities to validate the self-uniting wedding and act as a way to show the community’s support of the couple.

A Quaker marriage is legal in certain US states like Pennsylvania and Kansas. Here are the things to expect if you decide to have a Quaker wedding in these states:

You will also acquire a self-uniting certificate to be your declaration of intention to be married. The couple can customize it, or you can get the traditional language from the Philadelphia Yearly Meeting of the Religious Society of Friends.

Furthermore, you will have two witnesses and your partner sign the document during the ceremony. After that, it will be returned to the Marriage Record Department; you’ll receive a certified copy of the marriage legalities.

Kansas is another US state where the couple can marry themselves. Again, you don’t need an officiant and will perform your own unity by declaring your devotion to each other.

The state won’t get involved, and the solemnization procedure can follow a theme if the couple wants. But of course, make sure that your marriage is recorded and there are two witnesses to the ceremony.

Please note that your marriage should be solemnized among the society called Quakers or Friends to ensure that it will be valid. As long as the marriage performed is by society, then your union is legal.

What Is A Quaker Marriage License?

The marriage license in Quaker weddings is called the self-uniting marriage license. It is legal in Pennsylvania, Kansas, and even other states like Nevada, California, Maine, Illinois, and Colorado.

To further secure your marriage license’s validity, please check your specific state’s requirements. For example, you might be needed to be a follower of one particular religion, while other states might give you a self-uniting marriage license without needing to be affiliated with any religious organization.

How to get a self-uniting marriage license

Check the requirements of the state where you’ll have your wedding. Usually, you’ll apply in person with your partner in the local marriage license bureau.

You can also check with the county clerk’s office. Check the website of the state’s office or bureau to be sure about the procedures and what documents to bring.

And if you’re interested in having an officiant instead but without any ties to a specific religion, you can read what is a celebrant wedding.

What Happens At A Quaker Wedding?

What Quakers Believe About Marriage?

A Quaker wedding allows the couple to marry themselves because they believe no middleman is necessary to show a direct connection to God. Quakers believe their marriage will be sanctified in the eyes of God even without an officiant during the wedding ceremony.

And that’s it! You just learned what is a Quaker wedding, which is a self-uniting marriage ceremony.

It is legal in some US states, and from the name itself, you don’t need an officiant to perform the ceremony. This is because Quakers believe that a middleman is unnecessary for the couple to show their connection to God.