What is a fleetside bed? The rectangular open area at the back of a pickup truck is called a “bed or “box”.

It was a modification made on cars to allow cargo carrying.

A truck bed, also called a cargo box, can vary in size and style depending upon its use.

A fleetside bed is a type of cargo box that offers more space because the width extends over the rear wheels.

It is contrary to the features of a step-side bed (flare side bed) where the box is narrower and the rear wheels are separately covered by fenders.

Som if you think it’s literally a bed you can find at home, you’re wrong! 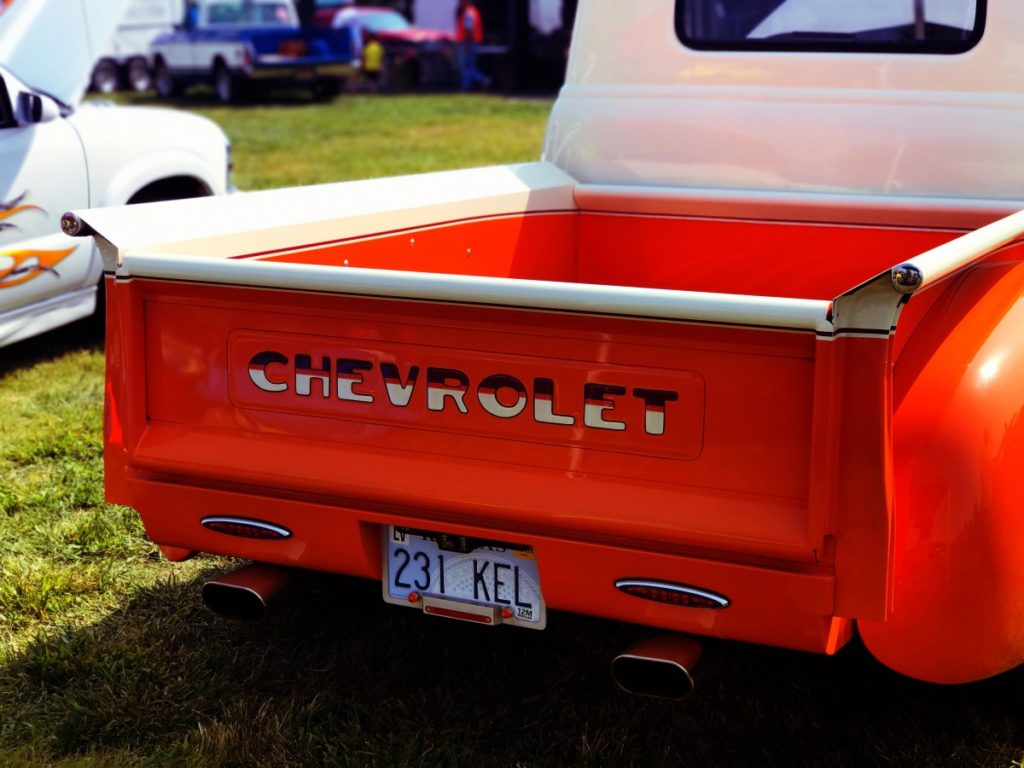 What A Fleetside Bed Is?

The name “fleetside” was given by Chevrolet as a reference to their first wide pickup beds.

Other car brands have their names for fleetside beds.

For Dodge, it is called a “swept line”.

GMC refers to it as “wide side” while Jeep calls it “town side”.

Ford has a little variation where the wheels are contained within the bed.

The term “style side” is used for Ford.

Fleetside is considered the most common among all the terms.

At present, fleetside bed is considered the most popular and widely used truck bed style.

The rest of this article will help answer your questions about the fleetside bed, its history, and other truck styles available today.

I’ve had my car ready for this trip for you. My friends, let’s answer some questions you’re curious about.

#1. What Is The History of Fleetside Bed?

Pick-up trucks were first introduced in the early 20th century with unrefined utility boxes and separate fenders for the wheels.

Steps were also incorporated on the sides of the truck for ease of loading and unloading items in the box.

Stepside beds were the only style of truck beds available for half a century until Chevrolet introduced the fleetside bed in the 1950s.

The design of the truck bed was improved by extending the width and eliminating the steps on the sides.

For commercial uses, the usual truck was also upscaled by adding extra windows behind and trim options for deluxe looks.

In 1955, Chevrolet introduced the “Cameo” pick up which is often considered to have a fleetside bed.

#2. Was The Chevrolet Cameo A Fleetside?

The Cameo was designed to take advantage of the spaces available if the separate fenders and steps on the sides were removed.

Because why not? Right?

The Cameo was the predecessor of fleetside bed.

Like in the Cameo, this tied in the sheet metal body stamped on the truck’s sides.

The only difference is fleetside beds are wider proving better appearance and utility.

#3. What Are Other Pioneers of Fleetside Bed?

Aside from the Cameo by Chevrolet, the GMC Suburban Carrier produced the General Motors also paved the way for fleetside bed style.

It was designed by GM Chief Designer Chuck Jordan.

Its design includes a rectangular cargo box extending from the front fenders to the tailgate.

#4. What Followed The Fleetside Bed?

The fleetside bed style was a low-cost design.

It provided more space, improved truck styling, and extended the lifespan of the truck for 20 years.

Ford also introduced their fleetside-type trucks in the same year and “Styleside” trucks in 1961.

#5. Why Was Ford’s Fleetside Quickly Replaced?

New pick-up trucks design manufactured by Ford tied the beds to the body.

There was no separation between the bed and the main body of the truck.

It helps in moving or torquing the truck after loading.

For called this design an integrated body.

Today, car enthusiasts refer to this design as “unibody”.

It became popular for commercial use and heavy cargo loading.

Later it was discovered that the doors spring unexpectedly after hauling.

Since the bed shares in the main body frame, some weight of the loads in the bed is transferred to the body that causes flexing.

This problem prompted Ford to separate the body and bed of fleetside trucks.

The phase-out of unibody trucks started in 1962 and discontinued in January 1963.

The years 1957 to 1960 marked a mismatched styling for Ford trucks.

What Are Other Styles Of Truck Bed?

Does your truck bed need replacement but it’s not a fleetside bed?

Don’t worry, we got you.

Refer to the list below for the definition and configuration of other pick-up truck bed style:

It is the name Ford call to their standard flat-sided bed trucks.

Operationally, the styleside bed is similar to the fleetside bed.

These two styles only differ in terms of manufacturers.

This truck bed style has a perfect rectangular cargo box because the wheel well arches outside the bed.

This term is used by Chevrolet, GMC, and Dodge.

It is Ford’s term for stepside bed.

The “flare” design is highlighted in later models of Ford pick-up trucks.

Rolling It All Together

What is a fleetside bed?

A fleetside bed is a truck bed style with more bed space because it extends over the rear wheels.

After a long history of truck bed styling, it is considered the most popular.

You can also choose from other styles available.

That’s a wrap about fleetside beds.

Emily Wide
Posted in:
Beds
Previous article
How To Remove The Back Of A Catnapper Recliner
Next article
How Do You Keep Scorpions Out Of Your Bed? 5 Easy Ways!
No more posts found in this category.