The answer to what is a cosplay wedding is at the name itself. It’s a cosplay-themed wedding where the couple and their guests cosplay or wear a costume according to the couple’s desired theme.

We will also provide examples of cosplay wedding ideas if you’re interested. And if you can’t decide on a theme yet, you can read how to choose a wedding theme. 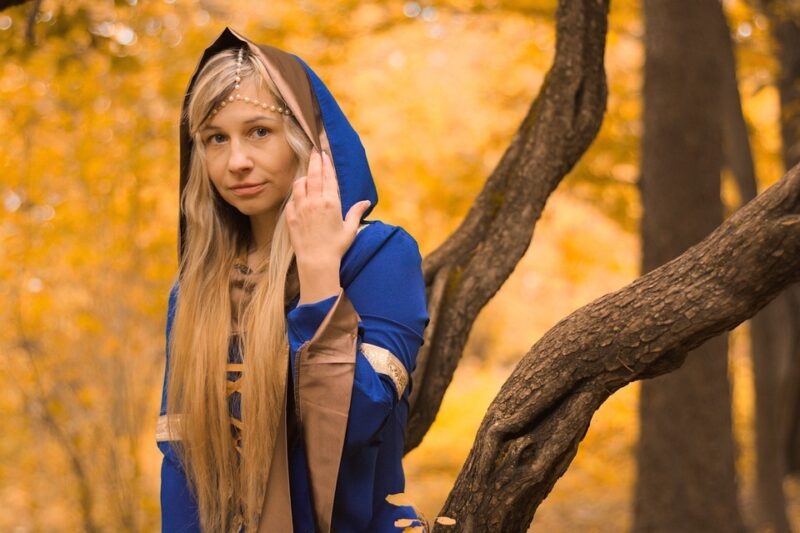 Exactly What Is A Cosplay Wedding?

A cosplay wedding is a themed wedding where the couple and their guests wear costumes according to the chosen characters by the bride and groom. Cosplay weddings are sometimes done by couples who get married during Halloween to take advantage of the season.

Are cosplay weddings legal? Remember that some weddings must follow specific guidelines, especially if a religious officiant leads it.

If it’s a traditional wedding, you are likely prohibited from wearing a unique costume, especially if it can be depicted as disrespectful or the character is controversial for a conservative venue. Therefore, those who want a cosplay wedding will likely do a civil marriage first to accomplish a valid union.

From here, you can personalize a wedding ceremony with elements and themes you want without worrying about legalities. And if you want a fully customized wedding, you can read about what is a secular wedding as it’s not under any religious denomination.

Are you now interested in having a cosplay wedding? Here are some popular ideas to try:

If you and your partner love comics and superhero movies, a cosplay wedding is perfect for you to assume the identities of your favorite heroes. Your wedding party can also wear their favorite superheroes, or you can have a photoshoot to become popular superhero tandems and groups.

You can even get creative and have a team bride versus team groom superhero theme at the cosplay wedding. But if you prefer antiheroes or villains, you can also wear them.

Another variation to this theme is to wear traditional bride and groom outfits but have noticeable secret identities. Your groom can have his costume seen underneath his unbuttoned shirt, and you can combine a typical bridal attire with superhero accessories.

Do you and your partner meet in a video game? A fun cosplay idea is to wear your game characters to the wedding.

It doesn’t have to be a video game; it can be a board game or something you loved playing growing up. The best thing about the theme is that you can easily decorate the venue with other elements from the game.

The final common idea for cosplay weddings is fiction. It can be the couple’s favorite book, series, film, or even anime. The cosplay costumes will remind the attendees of an anime or comic convention.

This can be pricey, especially if you want your costumes to look their best. You should also consider the wedding venue and season as some character costumes can be heavy and hot.

More importantly, remember to schedule your wedding timeline, especially when ordering cosplay wedding costumes. They take months or longer to make, especially if you create your own, so plan your wedding date accordingly.

Can You Get Married At An Anime Convention?

Unfortunately, as of this writing, we do not found any record of someone getting married at an anime convention. The only related event is a proposal at the Anime Expo (AX), the largest anime convention in North America.

You can also read the Anime Expo policies for further details. But looking at marriage laws, remember that officiants are usually limited with where they can legally conduct a marriage ceremony.

You are unlikely to find an intimate spot for a ceremony at an anime convention. However, outdoor weddings are possible, and parks and beaches are more common venues.

What Does Cosplay Stand For?

A cosplay wedding is a wedding where everyone comes in costume according to the couple’s chosen theme and characters. Cosplay itself comes from the words “costume play” and was considered a performance art.

When did cosplay start? Dressing up as an anime and manga character began in 1984 when the founder of Studio Hard attended the 42nd Worldcon in LA and described it as kosupure in My Anime.

Overall, the person cosplaying is someone wearing the clothes of the character they’re portraying. Therefore, a cosplay wedding is themed with specific characters to show rather than themes like boho or retro, where only the styles are seen.

But of course, understand the limitations of a traditional wedding and follow the conditions accordingly. Then, consider another ceremony for your cosplay wedding.

And that’s it! To recap what is a cosplay wedding, it’s a ceremony where everyone attends in costume.

The couple and guests showcase characters from different genres, depending on the couple’s choice. But of course, cosplay weddings may not be considered legal, so it’s best to get united legally from a civil wedding first.

Last Updated on 3 weeks by Igor