The answer to what is a bobbin on a sewing machine is that it holds the lower thread. We will discuss this part in more detail to help you understand its function better. You will also learn the uses of the bobbin and if it’s necessary to have it in the sewing machine.

Do you also know how to put a bobbin in a sewing machine? It will benefit you to read that tutorial so that the bobbin will work smoothly, and you won’t have issues when sewing. 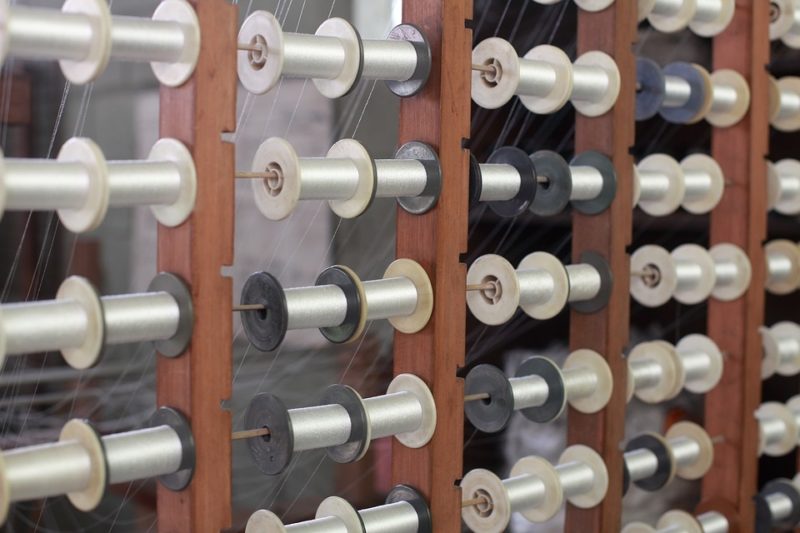 What Does A Bobbin Do On A Sewing Machine?

The bobbin is the part of the sewing machine where the lower thread is wound; hence, the latter’s name is also sometimes called the bobbin thread. Sewing machines always use two threads for making a stitch by catching the bobbin thread with the top or needle thread. And when you look at the bobbin itself, it’s no different than cylinders that hold wires.

If you don’t believe in the importance of using the correct bobbin, find out that it’s among the reasons why the sewing machine thread keeps breaking.

What Is A Bobbin Used For In A Sewing Machine?

The bobbin is composed of several parts, and it has a cylinder where the lower thread is wrapped around. Any weaving material such as yarn or wire can be held with a bobbin, similar to a typical cone. Overall, the primary purpose of the bobbin in the sewing machine is to support the lower thread that is needed with the top thread for making a stitch.

Can you buy a bobbin alone? The bobbin typically comes as a part of the sewing machine, but it can also be bought as a standalone accessory. And depending on the machine’s design, you’ll insert it in a designated case or use it as is.

Tips when using a bobbin in the sewing machine

What Holds The Bobbin In The Sewing Machine?

Besides the bobbin case, the bobbin is also composed of the following parts:

The sewing machine bobbin has its own tension system. While it’s more common for sewers to adjust the top thread tension, you can also modify the bobbin thread tension for some situations. However, it’s best to leave the bobbin tension be until you gained enough experience regarding this change during sewing.

The bobbin winder is the part of the bobbin that ensures the thread will wind smoothly and evenly. This sewing machine’s winding system will load the thread to avoid tangles and knots. The machine should always successfully have the thread spool feed directly to the bobbin, or you need to unwind the thread and redo the process.

Do You Need To Use A Bobbin In Sewing?

Do All Sewing Machines Have Bobbins?

A sewing machine typically comes with at least three bobbins. However, it would be best if you always bought extra bobbins so that you’ll have enough to finish each project. Just make sure that you’ll buy the right type for your unit.

Check if you installed the winding spindle for the bobbin to the left, or the needle won’t successfully pick the bobbin thread up.

Constantly needing to adjust the bobbin tension indicates issues on the bobbin. Check how you placed the bobbin on its case or if the bobbin itself is worn down.

The bobbin case is stuck

To fix a stuck bobbin case, you can inspect it for damages or other debris that may be causing the issue.

Was this article helpful? We just answered what is a bobbin on a sewing machine and found out that it holds the lower thread. You’ll always need it in the sewing machine since the machine always needs two threads to form a stitch.

In general, you should also own multiple bobbins. First, however, familiarize yourself with each type since every machine differs in what bobbin is compatible for them.