If you’re curious about what happens at a Muslim wedding, you can simplify the Muslim wedding ceremony into three parts. We will also discuss what to expect before and after the wedding, including the rules for Muslim marriage.

And if you’re attending one as a guest, we recommend that you read what to wear to a Muslim wedding. It’s always helpful to understand the etiquette of different wedding ceremonies to ensure that you respect the couple’s culture and religion. 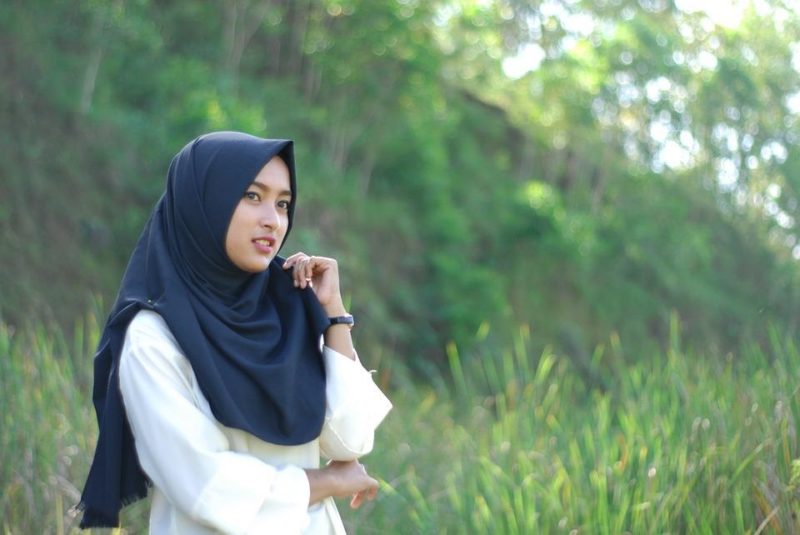 Here Are What Happens At A Muslim Wedding

Before Muslim weddings, there is usually a pre-wedding ceremony called the Tolbe. This is where the groom asks the bride’s parents formally for marriage.

If the families give their blessing, then the wedding takes place. Everyone present will also recite the Surah Fatiha from the Holy Quran, and then tea, coffee, or sweets are enjoyed by everybody.

What happens first at a Muslim wedding is the Mahr, where the groom offers the bride money or gifts. The symbolism of this Muslim wedding tradition is that whenever a man expresses his desire to get married, the Prophet will ask him what he could give.

Before we discuss the marriage contract in a Muslim wedding, the Katb Al-kitaab occurs. This is the Muslim marriage ceremony where the Sheikh lays out the marriage terms.

Then the bride and groom will sign the contract called the Nikah-Namah in front of their guests. It is read out loud, and a short sermon with readings from the Quran can happen.

The Muslim couple will be officially married, similar to other weddings that are considered legal, after the couple signs their marriage license. You can read about the Nikah-Namah to know your rights and obligations.

The final part of a Muslim wedding is the Savaqah. Like the typical wedding ceremony venue exit, the Muslim couple will exit the ceremony during this part.

But instead of both the couple getting showered with rice or sweets in other weddings, only the bride is showered with coins. The newlyweds will then proceed to the reception, which you can read below.

Are you curious about what to toss at a wedding? Learn about wedding exit ideas in our separate article to know what to expect.

What Is A Muslim Wedding Reception?

After the Islamic wedding ceremony, the couple will arrive at their reception. The following Muslim wedding reception traditions usually occur:

The Zaffe is the Muslim couple’s grand entrance to their wedding reception. Usually, the bride’s father will walk her to the groom, and the rings are transferred from the right hand to the left hand.

Professional dancers usually start a folk dance called the Dabke at a Muslim Arabic wedding reception. Guests will also dance the Dabke, where they are in a circle and shoulder to shoulder.

After signing the Muslim wedding contract, everyone will have a wedding feast called the Walima. In modern-day Islam, the Walima is celebrated simultaneously as the nikah or marriage ceremony, but it can also be after the nikah right before the consummation of the marriage.

At an Arab-Muslim wedding, the couple will have their farewell and leave the wedding venue during the  Barmet Al-aroos tradition. They usually ride a decorated vehicle, and it’s common for friends and family to follow them to their home playing music and honking in their own cars as a way to announce the marriage to the world.

How Muslim Marriage Is Done?

Here is the order of procedure that one can expect at an Islamic marriage:

Note that the three main requirements for an Islamic marriage are the mutual agreement by the couple, two adult witnesses, and the Mahr to be paid by the groom to the bride.

How Long Does A Muslim Wedding Ceremony Last?

And for a South Asian Muslim wedding, it can take three days because of the various events.

Who Pays For A Muslim Wedding?

There is no Islamic law regarding who should pay for the Muslim wedding ceremony. However, it’s more common for grooms to arrange the ceremony within their capabilities.

The region can also be a factor in who should pay. For example, are the Muslim couple in the US, or will they follow Saudi Arabian practices?

Modern weddings usually have the bride and groom’s family share the wedding costs. However, the couple can also discuss the expenses to know how to pay for them.

Was this guide helpful? To recap what happens at a Muslim wedding, it usually starts with the Tolbe or when the groom asks the bride’s family for her hand in marriage.

He will then pay for the Mahr, and the Muslim marriage contract Nikah-Namah is signed. Then, finally, the exit or Savaqah will occur, and they’ll arrive at the wedding reception or the Zaffe.