What does bed bugs poop look like? They may look like little spots on your sheets or your pillow.

As much as we love to be bug-free, we just can’t avoid the fact that there might be other bugs lurking within your bed frame.

Most bugs are visible but the irritating bed bugs usually aren’t. They may leave a mark or two anywhere near you.

One of the marks that they leave is their feces. Yes, it’s bug poop we’re talking about here.

You may also see some adult bed bugs that are easy to squish, but mostly they hide during the day since they’re nocturnal.

All you can rely on identifying that bed bugs are manifesting in your room is through some signs and their leftover markings. 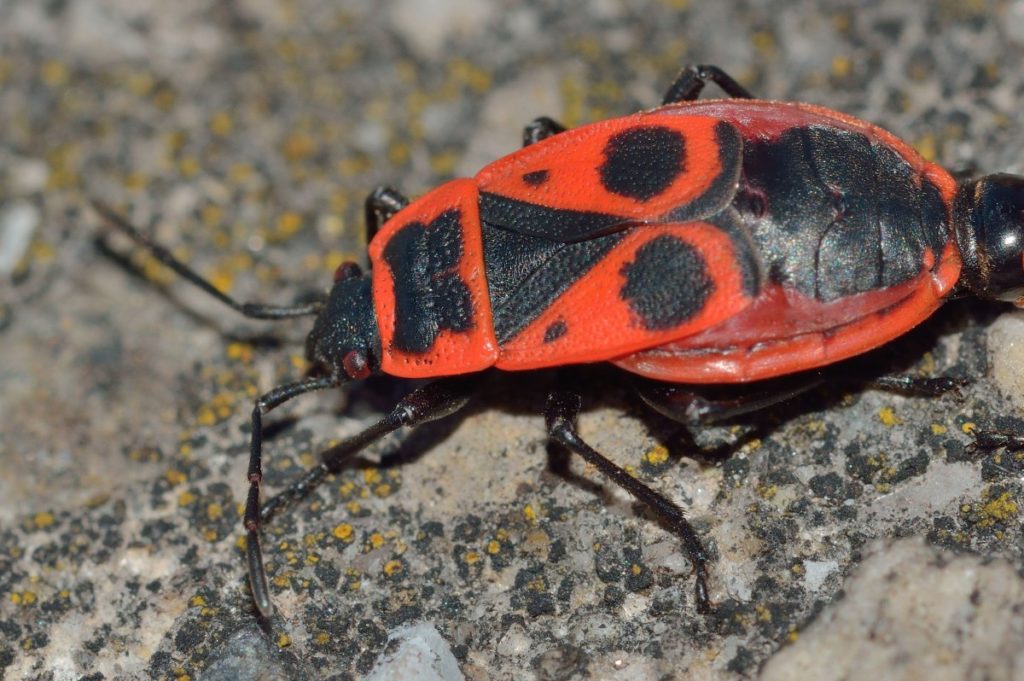 What Are Bed Bugs?

Bed bugs are just like any other small bugs so they are often to be some other kind of bugs.

They are wingless small insects that usually bite you during the night.

These little vampires feed on your blood as food.

They’re commonly found in mattresses, furniture, and somewhere you might not imagine.

The bathroom? No, they don’t go there.

I believe they go through the ceiling and between the walls to spread out.

You may only see some signs that there are bed bugs on your bed.

Well, here are some of them:

When you were younger, have your parents ever told you “Goodnight, Sleep tight, don’t let the bed bugs bite”?

If so, you might be wondering that time what does those words meant and just sleep.

Now that you know that these bed bugs are serious, they may leave a bed bug bite mark on your skin.

These are red swollen spots on your skin with a red dot in the middle.

They may look like a tick’s bite but be cautious as it may be bed bugs.

Bed bugs shed their skins every new cycle of their lives.

You will most likely see these in the creases of your mattress or on your sheets.

One of the most noticeable marks a bedbug could leave is its fecal spots.

Well, since these bugs are small, their poop will look like small dotted spots all over your pillow or sheets.

You may not notice if you see one but you wouldn’t want to wait until it multiplies and becomes more visible.

Since bed bugs mostly feed on blood, you may notice the bite mark after the bug has already had you for its meal.

I mean you wouldn’t feel the bug biting you, it’s the aftermath of the bite which makes you itch.

The blood from their meal gets to your pillow or on your sheets so you could see those bloodstains.

The odor which bugs give off is unnoticeable until they grow in numbers.

Although a big manifestation of bed bugs could give off a telltale odor.

You could compare the smell of it as coriander does.

Nevertheless, you might not be as concerned with the smell. The visual marks should be enough sign for you to take action.

What Should You Do

If you see such signs manifesting on your mattresses and furniture, don’t ignore them.

Ignorance could leave a big impact on your room later.

If you see such signs, here are the things you should do.

Once you’ve seen these signs, never throw away any of your belongings.

Bed bugs could be on your sheets or clothes.

To avoid them from spreading even further, go to the next step.

Make sure that bed bugs are the problem.

There may be some bugs that look like bed bugs but they aren’t.

You may also look for some other signs like where should these bugs could be hiding?

Ask for the right help.

I know some DIY bug killers may sound interesting but don’t even think about trying those.

I did some of them and none did work.

So I suggest you call an exterminator to solve your bug problems.

I had my troubles with the DIY bug killers that didn’t work.

Some of them kept it off for a while but it came back with a bunch.

So it didn’t exactly help me with my problem.

In order to avoid having the same misfortune as me, take my advice.

After you have scheduled a session with the bug expert, still you will have to wait a few days or so.

So if you happen to see one crawling on your sheets, don’t think twice about squishing it like a pulp.

It may sound gross but would you rather have a bunch of them than you could kill one your own?

That will be 1 less bug out of your concern.

You can try to wash your sheets and dry them under the direct heat of sunlight to somehow clean your sleeping space.

Now that you know the signs as well as what does bed bugs poop look like, you can now identify if there has been a manifestation.

It may not look serious but believe me, you don’t want them to multiple till it could have you as their meal.

Well, technically you already are. So I bid you good luck and don’t let the bed bugs bite.

Emily Wide
Posted in:
Beds
Previous article
How To Make A Bed In Terraria? In 2 Easy Steps!
Next article
What Is A Bed Linen? 6 Best Types To Choose From!
No more posts found in this category.