The answer to what are arras in a wedding is they refer to the coins given in a Hispanic or Filipino wedding ceremony. You’ll know more about this interesting tradition seen at some weddings to further understand the symbolism of arras in marriage.

Contents show
1 Everything To Know About What Are Arras In A Wedding
1.1 Who carries the arras at a wedding?
1.2 When is the las arras tradition in a wedding ceremony?
2 Who Can Be Padrinos Arras?
2.1 How to choose los padrinos y madrinas for the arras
3 Why Are There 13 Coins At A Wedding?
4 Where To Buy Arras For Wedding
5 What Coin Does A Bride Put In Her Shoe?
6 Conclusion

And speaking of Hispanic weddings, will you be attending a Mexican wedding soon? Besides anticipating the Las arras matriomoniales in the wedding ceremony, you can read about what to wear to a Mexican wedding for the guest etiquette. 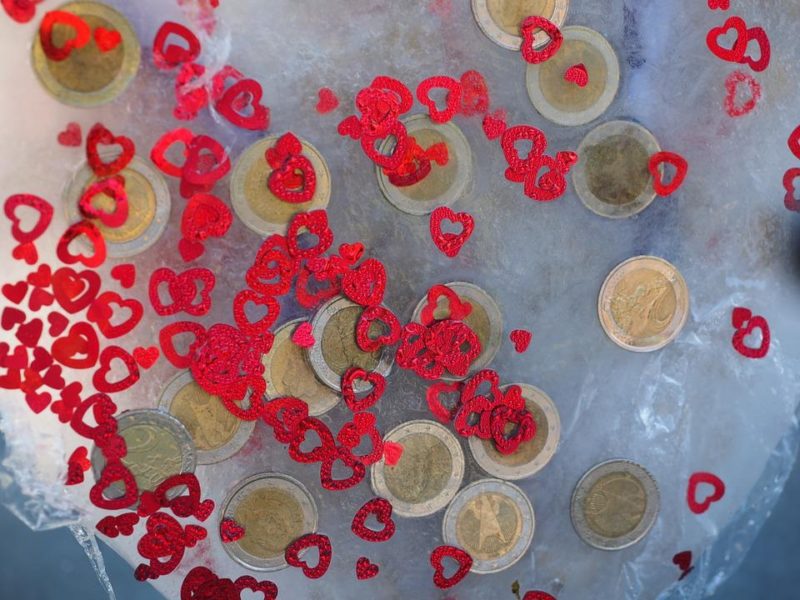 Everything To Know About What Are Arras In A Wedding

The arras is a wedding coin ritual observed in Hispanic and Filipino wedding ceremonies. The las arras tradition occurs when the priest blesses the coins and passes them to the bride and groom.

The groom can also receive and offer the coins to his bride, or the two will exchange the arras back and forth. The arras is usually gold or silver coins to symbolize the couple’s commitment to providing for each other in married life.

During the las arras, the couple can exchange promises as they pass the arras. And depending on how traditional or modern the wedding is, the promises or vows can be more personalized.

According to the archdiocesan Hispanic Apostolate director, the las arras wedding tradition is still observed in Hispanic weddings, even if the couple are US immigrants. The husband receives the 13 coins and then places them in his wife’s hands before letting the arras drop to the floor.

Who carries the arras at a wedding?

There is usually a specific coin bearer for the arras in a wedding. This person is also included in the wedding processional like the ring bearer.

The 13 arras are kept inside a chest or pouch. Then, the couple will exchange them at the ceremony as the final unity ceremony before they do their vows.

When is the las arras tradition in a wedding ceremony?

The coin ceremony or las arras tradition can happen at any moment in the wedding ceremony. But because promises are also usually with the coins, it’s more common for the las arras to occur after the blessing and ring exchange.

Who Can Be Padrinos Arras?

The couple themselves does not buy the arras used in the wedding. Instead, wedding godparents called the los padrinos y madrinas would provide the 13 coins.

At Hispanic weddings, the los padrinos y madrinas will gift the couple the 13 arras. And besides the coins themselves, it’s also common for these wedding godparents to sponsor other wedding expenses.

How to choose los padrinos y madrinas for the arras

Usually, the bride and groom will select a couple with a marriage they admire. Then at the wedding ceremony, they will present the arras to the groom, who will hand it to the priest for a blessing.

The groom will receive the coins again to hand to his bride, or they can also pass the coins back and forth. After the wedding, the couples can display the arras in their home and the other memorabilia from their wedding.

Why Are There 13 Coins At A Wedding?

Regardless, the coins are presented by the groom to his bride to show commitment, and the exchange symbolizes their sharing of wealth. Do you want to incorporate symbolic traditions into your wedding without the limitations of religion?

Read what is a spiritual wedding ceremony.

Where To Buy Arras For Wedding

You can buy wedding arras in bridal shops or places like Amazon or Etsy. They might also be family heirlooms passed from generation to generation.

However, the arras is gifts from the wedding padrinos and padrinas. They might also ask the couple to accompany them in buying the wedding coins.

Usually, you’ll need 12 gold coins and a platinum coin. Then, they’ll be kept in a velvet pouch or jewel box.

What Coin Does A Bride Put In Her Shoe?

And that’s it! You just learned what are arras in a wedding, which are the 13 coins given by the padrinos and padrinas to the couple.

The Las arras is usually practiced in Hispanic and Filipino weddings, and they represent prosperity and sharing of wealth during married life. And in some weddings, the bride also wears a coin in her shoe called the sixpence.