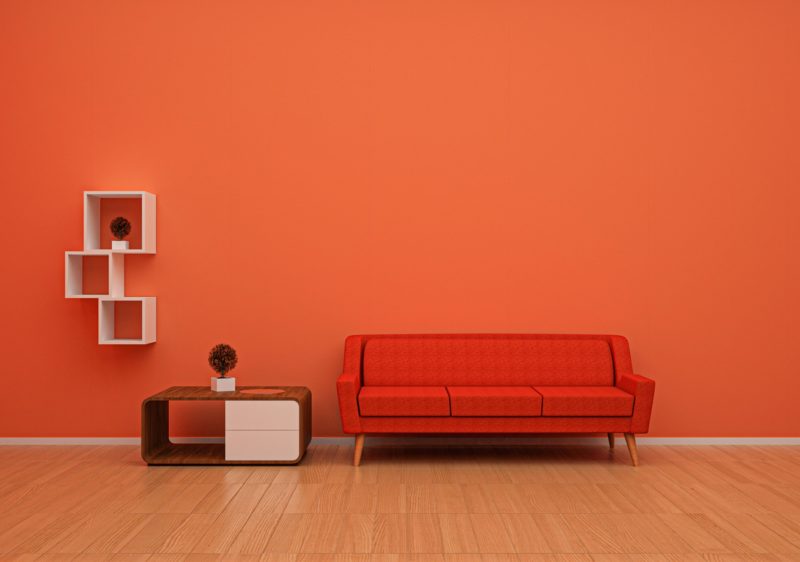 Before even diving into how many people can fit in a loveseat, we must know the following:

What is a loveseat sofa?

A loveseat sofa is essentially a two-person chair with the appearance of a small sofa. It generally resembles a tiny couch and serves its purpose to seat two people comfortably. They are ideal for areas that are too tiny for a huge sofa yet require seating. It can also serve as a complement to a bigger sofa. Some individuals use them to provide extra sitting in their bedrooms.

Loveseats used to appear significantly different than they do now, with a more literal design. They were frequently merely a huge chair with two seats that were generally formed like an “S.” The seats were facing each other.

We can define a loveseat as any form of chair with two seats. Although this is a broad term, you can create them out of any material or design. You may also find a loveseat in each room of your home, as well as in parks and gardens.

Loveseats have evolved into compact sofas ranging in size from 40 to 70 inches in recent years.  You can define a couch as anything larger than 70 inches and a chair is anything smaller than 40 inches.

As opposed to space-saving sitting, many individuals will employ loveseats in their homes to add flair and a sense of richness. Loveseats are frequently marketed as part of living room sets that contain other components such as couches. They’re ideal for snuggling with your sweetheart or reading a book.

You may utilize them to offer seating or comfort to bedrooms, entryways, or any other area of the home where people congregate. Loveseats are seating for two individuals that appear like miniature sofas.

A sofa is a long, comfy seat with a back and generally armrests that can accommodate two or three people. It is most usually found in the shape of a bench, with upholstered armrests and typically springs and customized cushions.

Now that we know the individual meanings, we now need to know the difference and if there is such thing as a loveseat sofa.

What is the difference between a sofa and a loveseat?

The easiest method to pick amongst them is to measure your space and select the size that works best for you!

The phrases couch and sofa are interchangeable, albeit in North America, the couch is more usually used. The only difference between the two is the inference. Couches denote a more relaxed look, whilst sofas denote a more formal or planned style. Some people also call two-seater sofas loveseat sofa.

Oak Furnitureland keeps things simple by merely referring to their vast assortment of modern and classic styles as “sofas.” As a result, this is a good illustration. This is where a loveseat sofa comes.

Finally, terminology like “settee” typically alludes to a certain style that has grown throughout time. A typical settee couch will contain those design aspects. This is because the derivation of the term “settee” is from an Old English word for a long bench with high backs and arms. Hence, a settee can also be called it a loveseat sofa.

This is analogous to how the phrases “Chesterfield” and “Davenport” developed from a specific style to become associated with couches in general.

How Many People Can Fit in a Loveseat Sofa

Confusion can cloud your mind what is the answer to the question, how many people can fit in a loveseat. From the statement, the given meanings that a loveseat can accommodate two people. But even though that is from the definition, it doesn’t mean it’s true to all. Loveseats come in various sizes. It’s just that it only has two big cushions. Giving emphasis on its definition.

People can seat on a loveseat just like how sardines are too close to each other. You can maximize the space it has if you want to! With that, the loveseat can fit up to 3 to 4 people on it. The downside it has is it is uncomfortable to seat too close to other people.

Conclusion on a loveseat sofa

We have discussed the meaning of a loveseat sofa and some of its background. In line with that, we have also defined a sofa. There was a need to define a sofa because most people don’t know that a loveseat and a sofa are not the same. We have also pointed out the difference between the two pieces of furniture. If the definition was not enough, now you can exactly know which is which!

The invention of a loveseat was for two people to sit on it. Originally, that was what its function is. But if you think about it, loveseats come in different sizes. So if you do not follow the “two-seat furniture” definition of a loveseat sofa, you can fit more than two people on it. But take in mind that you can not move freely anymore.