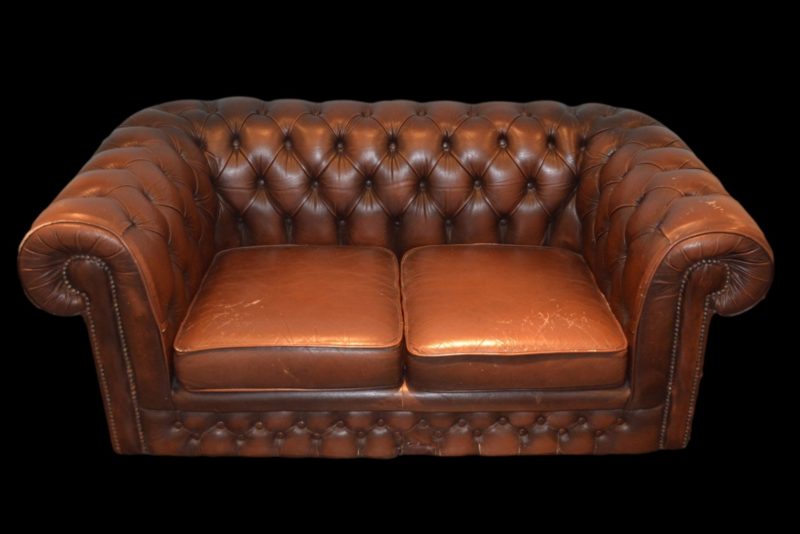 One type of two-seat chair is a loveseat. One variation is virtually synonymous with the phrase “two-seat couch.” It is often outfitted with two cushioned seats. Another type, also known as a tête-à-tête, courting bench, kissing bench, is any type of two-seat furniture arranged in an S shape.

This allows two people to converse while looking at each other and being within arm’s reach while maintaining a barrier between them. It is important that in knowing what is a loveseat sectional, we must dissect the meaning of a loveseat.

What is a Loveseat Sectional?

Loveseat sectionals are popular types of seating in living rooms and dens. Sectionals, as opposed to traditional loveseats, which they made with separate sections that you can place in a variety of ways. This feature contributes to the sectional loveseat being a more adaptable sitting arrangement than the standard two-seater loveseat.

This was a popular structure in the middle of the twentieth century. Also, it is still popular for usage in casual situations such as dens, home offices, or family rooms. Many sectional loveseats are modular now and come in sets of four to seven pieces that you may style differently.

The bulk of these items will typically comprise a seat cushion and a back cushion. There is an armrest on the left or right side included in one or two sections. Many people find sectional loveseats with many parts to be particularly appealing. It’s because you can utilize the components to form anything from a single long seating to the conventional L-shaped discussion space.

Aside from the flexibility to create many seating arrangements, this form of furniture may also be quite functional. Moving the different components is simple, especially when compared to a bulky single three or four-seater sofa. Sectional loveseats are easier to fit through entryway doorways and are easier to carry when the unit is on a higher floor.

Before, the patterns and fabric possibilities for sectional loveseats were formerly relatively restricted. Luckily, it’s now possible to enjoy hues and styles that will suit almost any taste. You may find sectional loveseats in high grain leather, strong olefin fiber mixes, and even natural fibers. The colors range from muted solids to vibrant patterns.

There are sectional loveseats on the market now that are specifically intended for heavy traffic areas as well as formal areas with restricted usage. There are also sectional loveseats with removable cushions that you can clean with detergent and water. These are especially useful for covered porches or family areas.

Sectional loveseats are often available in the same price range as any decent-quality loveseat. Many models now incorporate features like an end piece with a retractable footrest or storage pockets perfect for remote controllers. Loveseat sectionals are an excellent choice for anybody looking for seating that you can use in a variety of configurations.

History of a Loveseat Sectional

What better way to know what is a loveseat sectional than to know its history. The sectional loveseat boomed in the mid-twentieth century, but it has a more nuanced history that has been a source of debate. These had concerns for households in the early 1800s, before built-in cup holders, stretching back to the American Civil War.

Only a few specimens have survived. It is centered in a region of Virginia by the Rappahannock River and is famed for its riches. This allowed people to pay artisans for more specialized construction. They saw a specimen from 1820 in Fredericksburg, Virginia, and are from three parts with metal locks beneath.

Experts believe that these have been mistaken for corner chairs, but with paintings as proof, it’s difficult to say. The Civil War interrupted the advancement of furniture-making in the South, resulting in the loss of artisans, workshops, and wood.

The Union troops in Virginia destroyed most of these one-of-a-kind items. However, when the country recovered and the highly social Victorian era swept over domestic America, the sectional resurfaced. Sectionals were a must-have for any entertainment space.

These were often made out of two loveseats pressed together and they had tufted, carved, and laminated. The sectional loveseat was the ideal showcase for the sleek, industrial profile of contemporary-style furniture throughout the Mid-Century Modern era.

It also cleverly addressed the issue of uniformity and customization in the face of rising customer demand. By dividing a loveseat into sectional loveseats, it became easier to make and transport. It is also easy to mass-produce, and the separate parts are alterable after they arrived at their destination in the living room.

So, what is a loveseat sectional? It is a seat from two seats. They might be regular loveseats or console loveseats, which feature two armrests per seat and a console with cupholders. Now, you know that there are different types of loveseats so you must choose the right loveseat for you.

Sectional loveseats are in function since the mid-twentieth-century up to this day. This sums up all the things we need to know regarding the loveseat sectional. Take note that there is a huge difference in how many people can seat on a sectional compared to ordinary loveseats.