Those who want to know how to use large spools of thread on sewing machine can try two methods. First, we’ll discuss transferring thread from large cones to small ones and making a stand if you don’t buy one. Second, you will also learn how to use a spool holder if you’re still unfamiliar with it. 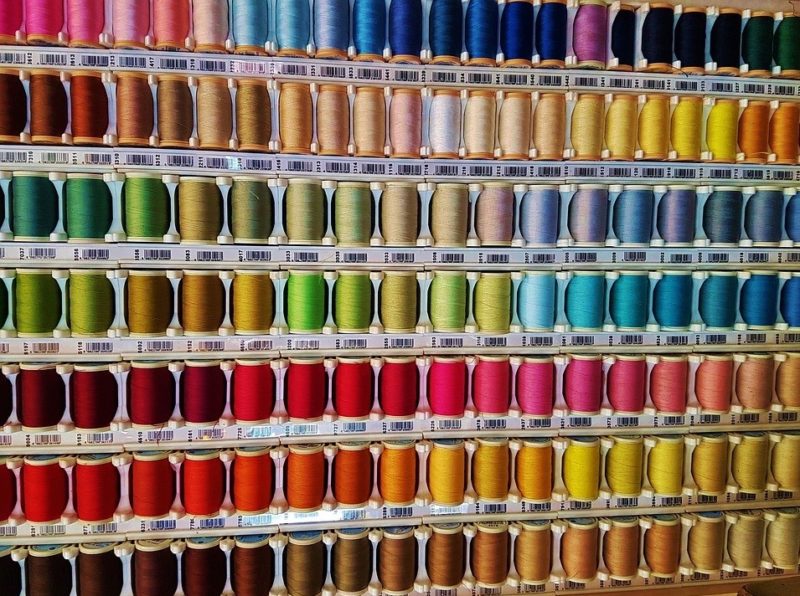 How Do You Use Large Thread Cones On A Sewing Machine?

If you have a large cone thread, it should still be easy to use on the sewing machine if you transfer it to small or regular thread spools. This is why it’s always helpful to keep empty spools from various projects.

How to make your own thread stand

Transferring a large cone thread to small thread spools is an easy way to use a large cone thread on the sewing machine. However, those working on a massive project will constantly need to replace the spool once it empties. If you just want to use the cone thread directly, use a thread stand instead to buy or make yourself.

If you’re new to threading, here is how to thread a Brother sewing machine as an example.

Can I Use Cone Thread On My Sewing Machine?

You can use a cone thread on the sewing machine even if it’s not a serger model. Cone threads are usually meant for use on overstitch, but you can improvise to use them on a regular sewing machine. A typical spool will significantly container lesser thread, so you will benefit from the larger cone thread if you’re working on a big project since you won’t need to do frequent changes.

How Do You Use A Thread Spool Holder?

How Do You Use Thick Thread On A Sewing Machine?

You will use a thick or heavy-duty thread when the materials are challenging for a typical thread. For example, denim will need a stronger thread to keep the project together. The same also applies to leather, canvas, and even heavy-woven materials.

How to sew with a thick thread

What Part Of The Sewing Machine Keeps The Thread In Position?

The part of the sewing machine responsible for keeping the thread in position is the thread guide. This is why it’s crucial to read your model’s manual to know how to thread your machine correctly. Then, follow the order of the guides to avoid issues during sewing.

And that’s it! To recap how to use large spools of thread on sewing machine, you can transfer the thread cone into smaller thread spools or make your own thread stand if you don’t want to buy one. You can also place it on the ground if these two options are still not viable for you.

We hope this was a helpful read. Leave a comment below if you still have any.