The answer to how to use cone thread on sewing machine reveals three options. You can use a bobbin, cup, or just place it on the floor. We’ll also discuss how to use a thread stand. Expect to learn everything about cone threads after reading this article.

Speaking of which, why not learn how to set up a sewing machine? You can benefit from studying that tutorial and avoid issues during sewing machine usage. 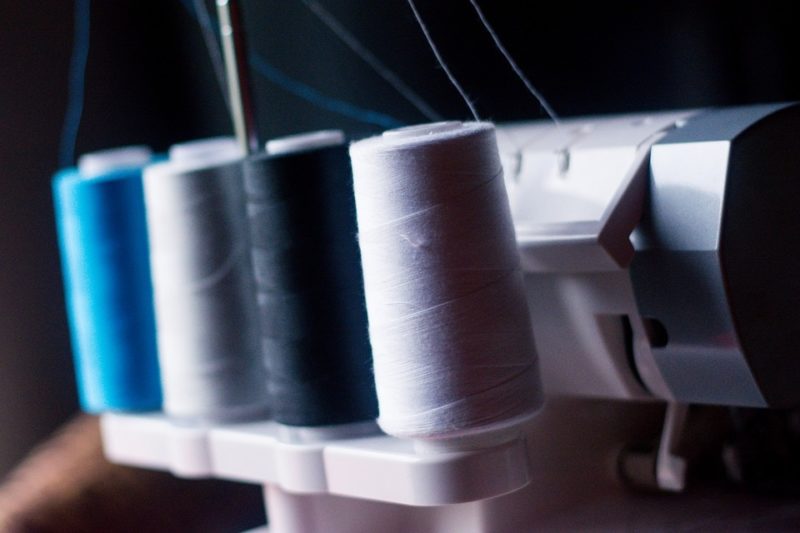 How To Use Cone Thread On Sewing Machine Correctly

You have multiple ways to use a cone thread on the sewing machine. However, you must remember that it should have enough space to unwind, and the thread won’t get tangled during sewing. Additionally, the cone thread should never roll away or fall when you use it while sewing.

How Do You Use A Cone Thread Stand?

How Do You Use A Large Spool Of Thread On A Sewing Machine?

You can easily use a large spool of thread on a sewing machine using a spool holder. If you don’t want to, another solution is to transfer it to a smaller one. You only need to have the spool holder outside the machine and then fix the large thread spool onto it for the first solution. Then, you can just thread it through your sewing machine as you usually would.

But if you don’t want to use a spool holder, you’ll simply transfer the thread from the large spool to a small one. However, you will need to stop occasionally once the smaller spool is finished. Finally, you can just have the large spool behind the sewing machine head if you have a large working space anyway.

Can I Use Large Spools Of Thread On Sewing Machine?

You can use large spools of thread on a sewing machine. It will save you time constantly refilling the depleted spool, especially when you’re working on a large project that demands thread. Feel free also to read how a sewing machine works to understand the concepts behind its usage of thread.

How Do You Make A Cone Thread Holder?

If you don’t want to spend and buy a separate cone thread holder, you have various DIY options for free. For example, use a mug from your house as long as it has enough space to keep the spool in place when sewing. The main thing is to use a cup-shaped item to keep the spool from falling or rolling off when using the sewing machine.

What Causes The Bunching Of Thread Under The Fabric?

When sewing, your thread may bunch and get tangled in the material because of wrong threading, tension, or debris collecting in the sewing machine. If you’re using a large spool of thread, getting the thread bunched up can be frustrating as it slows down your sewing. Here is what you can do to solve thread bunching:

How Do I Open A Thread Roll?

Inspect the thread visually and with your fingers because the end can be noticeable with some patience. However, a quick way to open a thread roll is to buy those with a plastic spool that has a groove where the thread end is placed. Then, loosen the thread with a needle.

And that’s it! To recap how to use cone thread on sewing machine, you can either place it on the floor, use a cup, bobbin, or a cone thread stand. It’s a relatively straightforward process, and afterward, you can thread the sewing machine as if you’re using a thread spool.

We hope this was a helpful read. Feel free to leave a comment if you have any questions.