How to unfold Cosco playpen? To unfold the Cosco playpen, first, remove the packaging. Take out all of the pieces and lay them out in order according to the diagram provided. 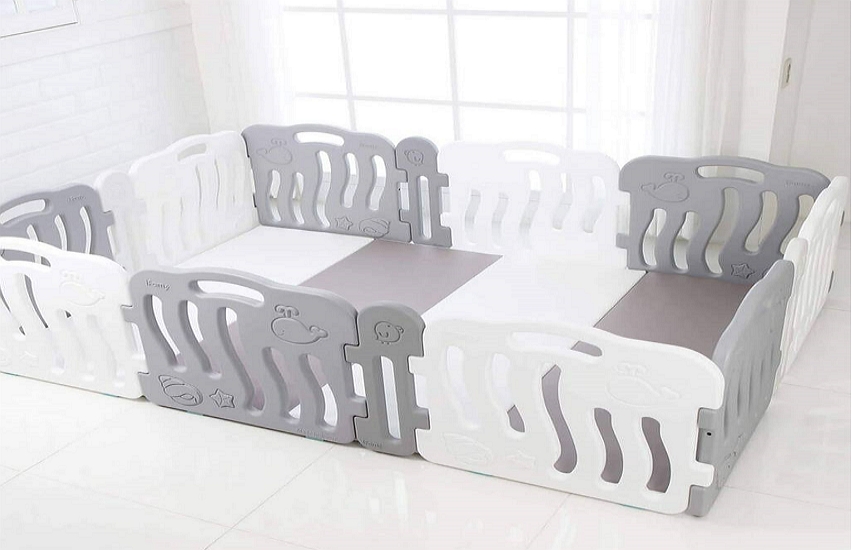 Step 1 – First, unfold one side panel by grabbing the top corners and pulling it outward until it’s straightened

Step 2 – Do the same thing for both remaining panels, making sure that they’re evenly spaced apart

Step 4 – Finally, attach the Velcro strap around one end of the opened pen and secure it to one of the posts on the opposite end (make sure there is enough slack so your baby can’t climb out)

How do you take apart a playpen?

First, you’ll need to find the screws that hold the playpen together. They’re usually located on the bottom of the pen.

Once you’ve found the screws, remove them and set them aside.

Next, take one side of the playpen and pull it away from the other side. This will loosen all of the connectors between the panels.

Now that the panels are loose, you can take them apart by pulling them in opposite directions. Be careful not to damage any of the connectors or hinges while doing this.

The playpen should now be completely disassembled! Congratulations! Putting it back together is just as easy…just follow these same steps in reverse order!

When should my child start sleeping in a toddler bed?

Your child can move to a toddler bed once he’s at least two years old and has the proper height for it. You want to make sure that your child is safe while they’re transitioning into their new bed, so wait until you know that they won’t be able to get hurt when moving around on it before making this transition.

Make sure there are no dangerous items near the edge of the mattress, such as stuffed toys or loose blankets, which could cause an accident if your child climbs up them while trying to climb out of their crib. Remember not to rush this process either – toddlers have accidents just like everyone else!

What activities should I be doing with my 13-month-old baby?

– Sit down on the floor and play peek-a-boo together. While you’re doing this, say “Peek a boo!” over and over again to keep them interested in what’s going on. You should also have fun taking your head back or putting it into view quickly so that they know where you are hiding!

– Draw shapes for your little one to identify by name along with colors. Use letters of the alphabet as well–point out upper case versus lower case letters when drawing them out!

– Sing songs like BINGO, Row Your Boat (saying each letter/number slowly), Itsy Bits Spider (counting up to ten), and Five Little Monkeys (saying the number of monkeys as you go). These songs are great for teaching numbers, ABC’s, colors, and hand-eye coordination.

– Play with a shape sorter! Introduce different shapes to them once they’re old enough to understand that it goes into a certain hole or cutout in the toy.

– Read books together every day–the American Academy of Pediatrics recommends reading out loud to your children from birth on up so that they know how important their literacy skills will be later on down the road!

You can start reading board books when babies reach around six months of age as well because those thick pages won’t hurt their mouths if they bite down on them while chewing on something else.

– Take your little one to the park and let them explore! They can climb on the play equipment, run around, and even splash in the nearby pond or creek (if it’s not too cold!). Just be sure to keep an eye on them at all times so they don’t wander off or get into something dangerous.

– Have a picnic lunch outdoors together! Spread out a blanket and pack some yummy food items like sandwiches, grapes, carrots, and apple slices. Let your baby crawl around and eat as they please–they’ll have a blast exploring their surroundings while munching away.

– Go for walks! This is another great opportunity to teach them about their environment while also getting some exercise yourself. Point out different types of trees, flowers, and even the moon as it rises in the sky.

– Play hide and seek around your house! This is a fun way for both of you to have some quality time together while also allowing them to explore what’s going on inside their living space. Just be sure that they’re out of any dangerous areas before you start counting down from ten so that no one gets hurt during this activity!

– Lie down with them on a blanket or mat spread across the floor to do yoga together! You can give each other high fives after every pose to keep things interactive and interesting rather than just lying there quietly.

Yoga poses are great because they stretch out different parts of your body but don’t require too much exertion for you to get tired out quickly.

– Play with playdough! Let them roll it into little balls, smush it together in their hands, and use cookie cutters or other objects that they can press the playdough into using a rolling motion.

This is another activity where numbers come up as well because your baby will learn what two versus three of something looks like when they’re done playing around for an hour or so.

– Pretend to be animals and go on safari! Your child should pick out one animal (or even pretend to be multiple ones) while you do the same thing yourself. Then you can both crawl around on all fours pretending that you’re hunting for food/water/whatever else those creatures might need.

– Make homemade pizzas together! All you need is some pre-made pizza dough (or make your own), tomato sauce, cheese, and whatever other toppings you might like.

Roll out the dough on a floured surface, spread on the sauce, sprinkle on the cheese, and then add any other desired toppings. Bake in a preheated oven at 425 degrees Fahrenheit for around 20 minutes or until the crust is golden brown and crispy.

Let your baby help with as many steps as possible–they’ll have a blast doing everything from measuring out ingredients to spreading the sauce onto the dough!