Those curious about how to thread a Babylock sewing machine can do so in two steps. You need to learn the proper preparation of the sewing machine and go through the guides until you reach the needle eye.

This article also discusses the correct setup of Babylock units before sewing. But first, are you familiar with this brand? 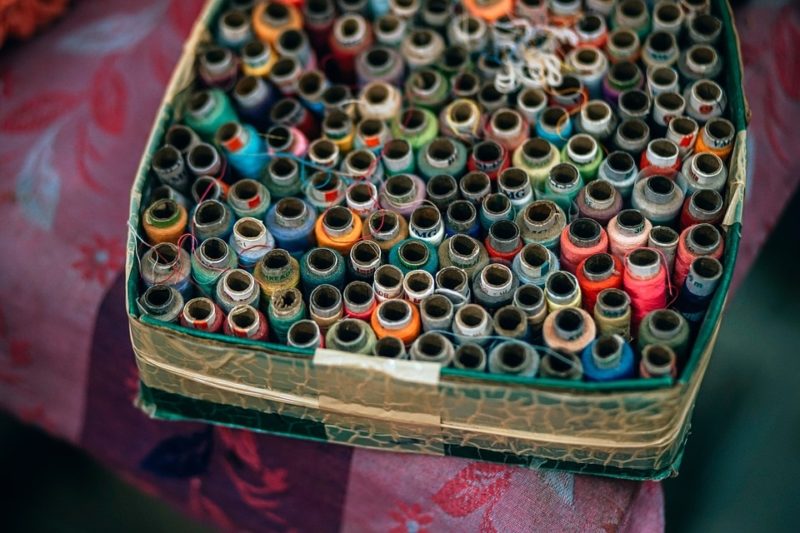 Read who makes Babylock sewing machines to know what to expect with your unit.

How To Thread A Babylock Sewing Machine Correctly

How Do You Fill The Bobbin On A Babylock Sewing Machine?

The following instructions are for the Babylock BL9 sewing machine:

How Do You Set Up A Babylock Sewing Machine?

The following tutorial is for the Babylock Symphony sewing machine:

How Do You Thread The Bobbin On A Babylock BL9?

How to thread the Babylock BL9 sewing machine

We recommend reading about what is the best thread for sewing, so you’ll know what to use on your sewing machine.

And that’s it! You just learned how to thread a Babylock sewing machine in two steps.

You only need to put the thread to its pin correctly, then follow the guides until you reach the needle eye. Setting the Babylock is also relatively easy, including threading the bobbin or changing the needle and presser foot.

But if you have more questions, feel free to leave them below.