“How to take down a water damaged ceiling?” By this, we know your roof is about to give up, and this article will discuss many ideas, facts, and steps regarding the interest.

Contents show
1 Before You Begin
2 Getting Rid Of A Water-Damaged Ceiling
2.1 When to call a professional?
2.2 Do homeowners’ insurance cover water damage?
3 Conclusion

Ceiling removal for installing new roofing is indeed one of the most crucial of all known major home repairings. Although a new roof isn’t seen as spectacular, you’ll soon appreciate its value if your old roof fails. 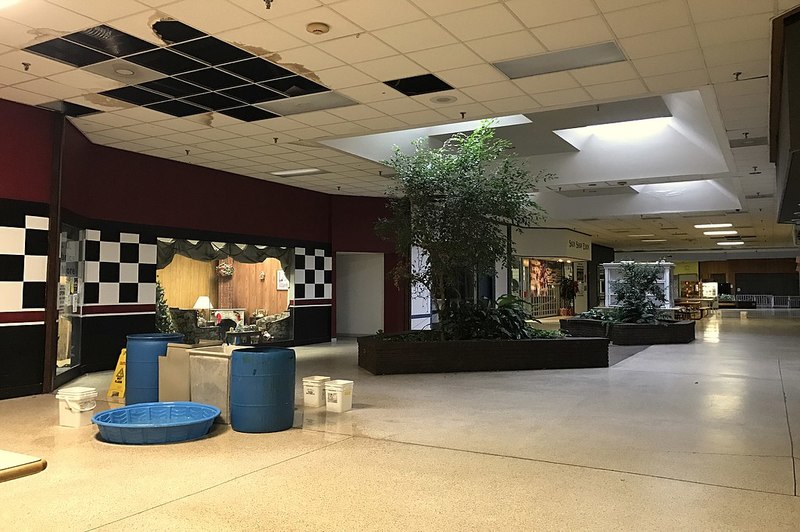 It causes water to harm the interior of your home — from the attic insulation to the painstakingly rebuilt kitchen and down to the basement family room with a big-screen TV. Fewer house issues can be as disastrous as a leaking roof. Taking down a water-damaged ceiling isn’t something to take lightly, and it’s also not something that you should put off.

Whatever the reason for the ceiling leak, be mindful that there may be much more hidden water creeping over the drywall above when you first discover discoloration or the initial evidence of dripping water. Drill a hole in the ceiling in the center of the damaged area and enable any collecting water to drain into a pail to prevent further damage and general ceiling surface repair.

If you get the water out of damp drywall soon, it will dry out nicely. However, if the water pools for any amount of time, the paper backing will begin to crumble or become moldy. Patching a tiny portion of the ceiling is much easier than replacing total drywall panels overhead.

Getting Rid Of A Water-Damaged Ceiling

If homeowners kept a list of calamities they hoped would never happen, leaking under the drywall in the ceiling would be towards the top. Repairs to the ceiling joists and the floorboards they support, if any, are among the concerns you’ll have to deal with in addition to preventing the leak.

Furthermore, you must replace any insulation near the leak and electrical cables and, of course, the drywall. Cutting out the damp drywall to gain access to the affected region is a dirty but straightforward task. You won’t be keeping anything, so keep a plastic garbage bag handy.

Step #1. For the first step, turn off the power to any electrical ceiling fixtures near the damaged area. Also, make sure to turn off the breaker that controls an institution’s circuit if it has a pull chain.

Step #2. Cover the damaged area’s floor with plastic sheets and erect a stepladder. Then, you should be able to work comfortably from the second-highest step if the ladder is tall enough.

Step #3. Using a hammer, make one or two holes in the wet drywall and pull out as much ceiling insulation as possible.

Step #4. Using a stud finder, locate the rafters that border the damaged area. It would help to draw a rectangle that encloses the damage and reaches the rafters with a straightedge and a pencil.

Step #5. Using a tool knife, cut the sides of the rectangle parallel to the rafters, bisecting the faces of the rafters to provide a surface to adhere to new drywall on. Drywall saw was used to cut the perpendicular lines. Remove any insulation that you didn’t get before and take down the rectangle.

Step #6. Pull out all the old fasteners with a claw hammer or unscrew them with a drill and a No. 2 Phillips bit.

When to call a professional?

While a DIY roofing repair can handle little areas of damage or a single puncture to a roofing shingle, they should not be taken lightly because they include working on a high place.

It’s recommended to hire a roofing specialist if your roof is high or the pitch is very steep. You might be able to undertake this repair yourself if your roof is low and somewhat flat. No matter how accessible the top is, repairs to flashings, shingle replacements, and vent gaskets may be best left to the professionals.

Water damage is sometimes, but not usually, covered by a standard homeowners insurance policy. It depends on the cause: interior water damage caused by a burst pipe is covered, while damage caused by carelessness or lack of maintenance, as well as flood-related damage, is not.

It’s not always clear when water damage is and isn’t covered by your insurance. If a natural disaster or calamity has caused significant damage to your house, we recommend consulting with a lawyer about insurance coverage.

Although the indicators of a ceiling leak are usually obvious, locating the source and making repairs is often more complex. Any source of water that spills down into the ceiling, on the other hand, will eventually cause harm.

Slow ceiling leaks can lead to mold growth and yellowish-brown discoloration. Large leaks and busted pipes will destroy the ceiling, and this comes down to removing the top for roof replacement.

You’ve learned how to take down a water damaged ceiling. If you ever have trouble mending it, you can hire an expert to look at it. In any case, we hope we were able to assist you with your issue.