If you want to learn how to store sewing needles, consider two DIY solutions. We’ll teach you how to use a cushion and reuse containers. We’ll also help you with threaded needles.

Furthermore, do you want to know where to buy sewing machine needles? Then, please read our guide to help you find the best store in the market. 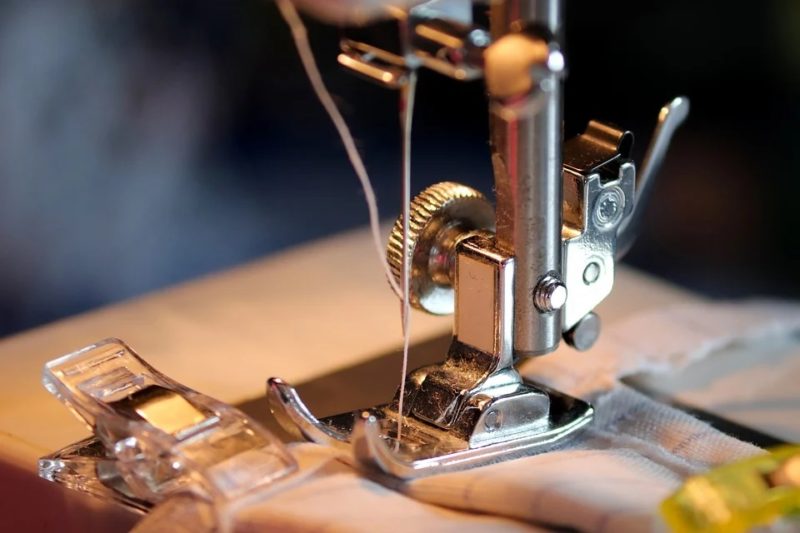 How To Store Sewing Needles At Home

You can make a simple tomato pin cushion and use the sections to organize your sewing needles. It’s only one step more when doing a basic pin cushion since you will embroider each section to know where you must put each type of sewing needle. Just prepare a rectangular fabric, embroidery thread and needle, and polyester fiberfill.

An embroidered pin cushion is a great way to store sewing needles for those who will often use them since it makes them readily accessible. Here is how to make a tomato pin cushion:

If you’re going to stock up on needles, it’s better to put them in a container. For example, you can reuse your vitamin case as a needle holder since it has divisions. You can even use an old CD case.

CD cases often come in book-like styles with zippers, so you can quickly flip through them when searching for a specific type of needle. In addition, a divided container is a safe way to bring your needles with you if you are often traveling. Just remember to label it accordingly, so you don’t have to ruin their order when searching for a needle.

What Is The Best Way To Store Sewing Needles?

The best way to store sewing needles is in a cushion or a divided container. The key is organizing them to help you get the ideal one for every project. You also want them to be least accessible for kids and pets, so the needles must be safely hidden in the drawer near your sewing area.

If you have a handful of sewing needles, you can dedicate specific drawers to your crafts cabinet. Then, group the similar needles accordingly or make DIY dividers for each shelves using cardboard. When you learn how to change a sewing machine needle, you’ll realize that you must always have a lot of them because a dull or damaged one can ruin the project or the machine itself.

How Do You Store Threaded Needles?

Threaded needles are best stored with the so-called dome case. It’s a donut-shaped product where you can wind the thread of the pre-threaded needles. One case can hold up to 10 threaded needles, and organizing them will be easy since each slot has a number, so you’ll know what threaded needle you have in it.

The case is available on Amazon for under $10, and it’s relatively easy to use. Simply remove the top, spin the chamber to wind the thread, then just pull a needle when you need it. If you’re a quilter, it’s a worthy purchase for sure.

Where Do You Put Sewing Needles?

It’s easy to put a needle in the sewing machine, and the steps are generally the same for most models. You will loosen the screw on the clamp, take off the current needle, then put your new one into the clamp. Push as far up as possible and tighten the screw to finish.

Read the tutorial on how to put a needle in a sewing machine for more detailed steps. You must install the needle securely to avoid issues during sewing, such as skipped stitches.

What Do You Keep Sewing Needles In?

You can use felt to make a needle caddy or needle holder. Here are the steps if you want to do it yourself:

And that’s it! To recap how to store sewing needles, use the sections of a tomato pin cushion or reuse a CD case to organize your sewing needles. However, it’s better to buy a dome case to wind threaded needles for storage.

We hope this was insightful. Leave us a question if you have more questions about storing sewing needles.