A folded loveseat futon is an excellent choice for watching movies and getting a good night’s sleep. It means you’ll never have to worry about where to put unexpected guests, and people will enjoy staying at your house because they’ll have somewhere nice and cozy to sleep. 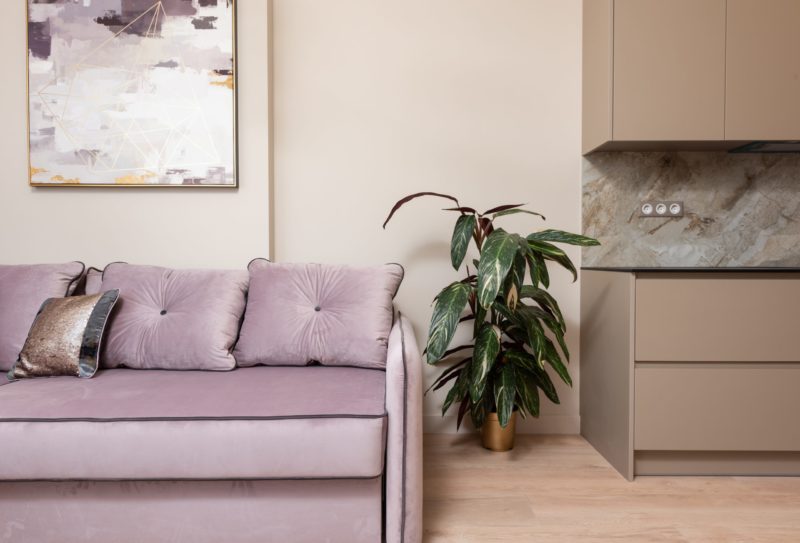 This type of furniture is a great way to save space, especially if you have a limited amount. It’s ideal for small apartments, guest rooms, or even children’s rooms. It provided a lot of space in the room.

Living in a small space can be difficult. Having the right furniture, on the other hand, can make things a lot easier.

A loveseat is one of two types of two-seat chairs known as “British two-seaters.”  Equipped with two upholstered seats. Another name for a tête-à-tête is a courting bench, kissing bench, gossip’s chair, or conversation bench.

Its sole purpose was not to encourage cuddling and romance but to provide more sitting space for ladies, as the fashion was large-layered skirts with hoops.  So, as you can see, the design of the loveseat is to be highly functional. The fact, the first loveseats were out of solid wood and were not upholstered.

What is a futon?

A futon is a Japanese word that refers to a sleeping space. You can store a traditional Japanese futon during the day and brought out at night to sleep.

The main advantage of the futon is that it folds up and takes up little space, which fits in perfectly with the minimalistic Japanese way of life. Placing futons on tatami mats provides a softer foundation for the futon. Karup Design took a Japanese tradition and infused it with a Danish twist.

What is a folded loveseat futon?

The folded loveseat futon consists of three frame pieces that pull out to allow it to lay flat. It usually comes with two mattress pieces, but some models come with a single long mattress that can fold.

It has a hidden bottom section until used, similar to the footrest on a lounge chair or recliner. Then, the third section emerges from its concealed location, and the back of the chair pushes down to lay flat.

We can use the folding loveseat futon as a sofa as well as a bed. This ideal piece of furniture for a small guest room or office can also serve as the primary seat in a living room or family room.

If your guests can open the futon, they will always have a place to sleep. The futon designed to spread quickly, and it’s simple if you know which type of futon you’re opening.

You can use it as a couch in the living room during the day and then pull it out at night when you’re ready for bed. Unfortunately, if you don’t have enough lengthwise space, this won’t work well. You could probably juggle some things to make it work, but is the trouble worth it?

Lifting the seat upwards in a vertical direction creates a flat platform. Release the locking mechanism by pulling the tailback down at once.

It appears to be a modern, stylish corner folding loveseat, but it conceals a platform underneath that, when pulled out, transforms into a bed. It also has extra storage space where you can keep extra bedding if needed.

It appears to be a modern, stylish corner folding loveseat, but it conceals a platform underneath that, when pulled out, transforms into a bed. It also has extra storage space where you can keep extra bedding if needed.

To create a flat platform, pull the lower front panel forward on this folded loveseat.

Don’t believe everything you read; test the folded loveseat futon before parting with your money. And, before you even think about going shopping, measure the space where you intend to keep it to ensure that it will fit!

It is using a folded loveseat futon for the bed and sofa in one. Its versatility, sturdiness, and simplicity. With good material, it may be a good choice when looking for the best one for you.

The folded loveseat futon allows you to make the most of the available space in your home. Please complete most of the sleeper by surrounding it with accommodating furniture and arranging it in a functional layout. Your future guests will appreciate it.

So that is all on our talk on how to set up a folded loveseat futon. Good luck with your hosting!