A candle, no matter how basic, reaches a point where it has to be repaired. There is a phenomenon known as candle tunneling. To use your candles to their greatest capacity, you must first learn how to prevent candle tunneling. 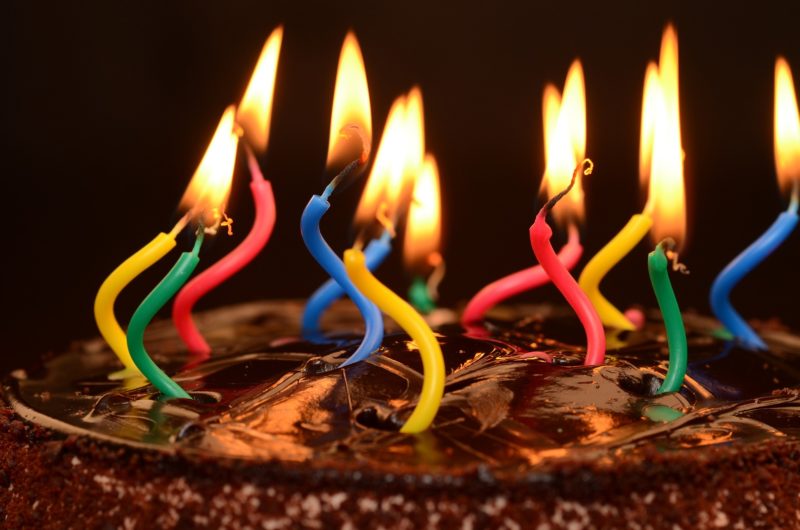 What is Candle Tunneling?

Candle tunneling happens when a lit candle melts through the core without melting all of the surrounding wax. It leaves a firm wax ledge around the container’s edge. The flame on the wick produces a vertical “tunnel” towards the bottom as it burns.

It smears a lot of wax all over the place. There are a few approaches you may take to fix any tunneled candles, but prevention is the best medicine! If you leave a tunneling candle alone, it will rectify and melt the leftover wax on occasion.

Most of the time, though, it will not, leaving a permanent ring of solid wax around the container’s circumference. If you don’t want to waste any wax, do something about it quickly! The more time you spend waiting makes it harder to fix the problem.

What should you do if your candle still continues to tunnel? If it runs out of oxygen, it may stop burning on its own. If the wax around the flame melts and drowns it, or if it is struck by lightning.

It will burn out without consuming all of the wax. It results in a substantially shorter burn time for the candle. The most straightforward way to avoid tunneling is to not let it happen in the first place.

Before we head on and answer how to prevent candle tunneling, let’s first know what are the causes. Candle tunneling may be identified by the characteristic “ledge” it leaves behind. There are two main causes of tunneling candles. These two criteria are wax memory and wick size.

To understand wax memory, we must first describe what happens over the lifecycle of a candle. When candle wax melts, it becomes a liquid. When it cools back to a solid, however, it is not as “hard” as it was before the candle was lighted.

It may take many days for it to be as “hard” as it was before the candle was lit. This is dependent on the wax. It implies that newly melted wax is softer and requires not much heat to melt it again into a liquid.

Because the heat is too low, the wick will tunnel downwards until the flame is unable to melt the outer ring at all. It is if you do not allow enough time for the candle to melt more of the outside ring of wax. It also improves its memory.

Until the candle runs out of oxygen, it will continue to melt the softest part of the wax. If it reaches the bottom of the jar, it will leave a massive ring of unmelted wax. Candle tunneling caused by wax memory is the result of the candle owner’s poor burn practices.

Candlemakers recognize that the most crucial part of a candle’s design is choosing the right wick. Everything else in the candle can hum along, but if the wick isn’t the right size, it won’t matter. Wax memory prevents the wick from melting the exterior wax, but a small wick avoids this.

A candle wick that is too small will not be able to generate enough heat to melt a big enough amount of wax. In this case, it will burn downwards in a hole as large as the melting capacity of the wick. Extremely cold environments might make melting the right amount of wax more challenging.

For instance, if you were to light a candle outside your house in winter you’d see that the candle will tunnel. It is due to the fact that the solid wax must be heated to its melting point. When it is resting in a frigid place, it takes significantly longer.

There is no substitute for a candle with improper wick size. Candle tunneling due to insufficient wick size is the outcome of poor candle design. If we have these things in mind, we must be aware of how to avoid them.

How To Prevent Candle Tunneling

There are three primary methods for preventing tunneling. The first is for ordinary candles. The second pertains to candle manufacturers who are striving to build tunnel-free candles.

Light the candle for at least 3 hours.

It’s not a hard and fast rule, but you should allow enough time for the wax to melt. What if it overheats before melting anything else? The flame will not have enough time to completely melt the surface, which might be an issue.

Things happen, and sometimes you light a candle only to discover that you need to extinguish it right away. Allow the candle to burn for at least 3 to 4 hours during the first several “sessions.” If you don’t let it burn long enough, the wax memory will be low, and your candle will most certainly tunnel.

Use the proper wick size.

Inadequate wick size is another primary cause of tunneling. If you manufacture candles, make sure to test them to find out what wick size and sequence work best for your wax and container. Nobody likes a smoldering candle.

If your candle is tunneling, simply increase the size of the wick for the next one. This is frequently used to address undersized wick concerns. Remember to do a burn test.

Conclusion on How to Prevent Candle Tunneling

You’ve spent money on your favorite candle, its wonderful scent fills the room while you relax on the sofa. However, the prospect of candle tunneling looms large in the back of your mind. So make sure to read our article on how to prevent candle tunneling so you don’t have to worry about tunneling anymore!