If you want to know how to plan a couples wedding shower, simplify the process into four steps. We’ll help you decide on the type of shower to throw the couple and also suggest the activities for the shower itself.

And when it comes to planning a bridal shower and other pre-wedding celebrations, please browse our blog for specific guides. For example, do you know who plans a wedding shower? 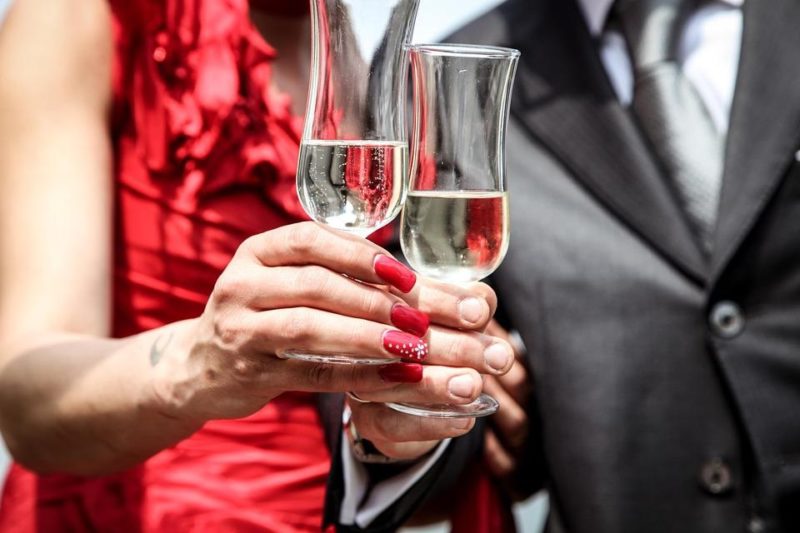 Planning Couples Shower With Ease: How To Plan A Couples Wedding Shower

Step 1. Think of the type of wedding shower games to throw

Start with identifying what theme or type of shower to throw the couple. You can also check other wedding showers to inspire the kind of activity to get the couple.

For example, the couples shower can be inspired by a celebrity gala or a more lowkey event similar to a tea party or outdoor barbecue.

You can also use your potential venue as a guide on what wedding shower to have. For example, it can be a beach party or an indoor game night.

Step 2. Set a budget for the coed wedding shower

After having an inspiration or idea of what couples wedding shower to throw, the next step on how to plan a couple’s wedding shower is to set a budget. The wedding shower can be thrown by a relative or friend of the couple, or it can be a treat from the entire wedding party.

Be realistic with the budget you can provide for the coed wedding shower and modify the theme or type of shower you’ll throw. Keep in mind that it’s not about the grandiosity of the event but the sentimentality behind it.

The maid of honor and best man can do the wedding shower planning and finance together with the bridesmaids and groomsmen. If the couple’s family is hosting, they can share the budget equally.

Step 3. Decide on the theme for couple showers

After you have set the budget for the couples wedding shower and have a type in mind, you can plan the event in more detail. For example, how formal or casual do you want the shower to be?

Understand that the theme and activities of the wedding shower will affect your budget. For example, more formal events last longer and will require a higher budget.

The last step when planning a wedding shower for the couple is to send the invitations on time. Do it four to six weeks before the wedding shower, so you know how many guests to expect.

Make sure to invite the necessary people for the bride and groom as this isn’t an exclusive event like the bridal shower where the closest female friends and relatives are only invited. You can even surprise the couple with a person they thought couldn’t come, such as a long-distance friend or sibling.

Furthermore, couple showers happen two months before the wedding day. Keep this in mind to avoid having issues with the plan and the guests you’ll invite.

What Do You Call A Wedding Shower For Couples?

A coed wedding shower refers to the couple shower. It’s a combination of bridal and brodal showers, so the guests are both for the bride and groom.

The maid of honor and the best man usually plan a couples bridal shower or coed wedding shower. However, some families treat the wedding shower as a gift to their children.

You can read what is a wedding shower to know what else to expect with planning and activities.

Who Should Host A Couples Shower?

There are no rules on who should host the couple wedding shower. However, since the bridal shower is led by the maid of honor and the groom’s wedding shower by his best man, they often host their coed shower.

What Do You Do At A Couple Shower?

Wedding showers usually combine the activities to expect at bridal and brodal showers. These include events related to gifts or even games where there can be a team bride versus team groom.

Some couple showers are more formal, like dinner or cocktail events. But, ultimately, it’s a flexible event, and there are no rules on what type or theme it should have as couples vary.

If you’ll throw the couples wedding shower, here are some activities and games you can do for them:

And that’s it! You just learned how to plan a couples wedding shower by deciding on your type, setting a budget, creating a theme, and sending the shower invitations at least a month before the event.

Plan activities according to the hobbies and interests of the couple, and don’t forget to invite their closest friends and family. And as for who should host, it’s typically the maid of honor and best man.