After getting that cool blanket, you’re wondering how to make duvet cover for weighted blanket.

It only takes four steps. Weighted blankets are such a fantastic addition to your sleeping pile, so you’ll want to keep it clean and whole.

Weighted blankets use beads, usually plastic or glass, to evenly distribute the pressure on your body.

It is inevitable that after a long time of usage, the blanket may get thin and punctured.

The duvet cover can help you before your blanket even reaches that point.

Duvet covers are typically used to protect a duvet that contains materials that should not be spilled, just like in a weighted blanket.

Using duvet covers on your weighted blanket will allow it to last longer.

Another thing you’ll benefit from is that instead of having to wash the blanket frequently, you can opt to change the duvet, giving you peace of mind and a more stylish bed piece. 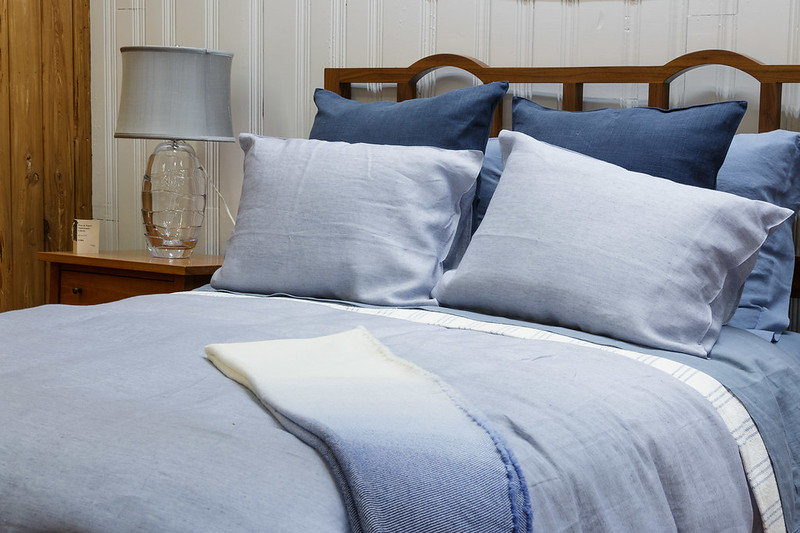 Table Of Contents
1 Perfect Steps On How To Make Duvet Cover For Weighted Blanket
1.1 Step #1. Prepare a sizable amount of fabric
1.2 Step #2. Measure and cut the fabric and ribbons for the cover
1.3 Step #3. Pin the sides of the top to the bottom layer, then sew
1.4 Step #4. Sew a zipper to the top border
1.5 Is it safe to cover a weighted blanket with a duvet cover?
1.6 Conclusion

Perfect Steps On How To Make Duvet Cover For Weighted Blanket

Making a duvet cover for your weighted blanket is almost similar to making one for your duvet.

The cover must fit your blanket perfectly, so it doesn’t move around when you’re using it.

Here are some quick steps for your project:

Pick a fabric that’s on the sturdy but not too thick side for your cover.

Any color or design will do, but using a sturdy cloth will give you more protection for your blanket.

This is necessary since weighted blankets usually contain granular materials which can spill and destroy the blanket.

However, use the blanket only for measuring and avoid using scissors or any sharp objects near it.

Measure the length and width of the blanket using a ruler and add some allowance (around one and a half inches) for adjustments later on the duvet cover.

Step #2. Measure and cut the fabric and ribbons for the cover

If the cloth you have is a whole piece, fold it with the right layer inside together.

Lay the fabric on an open and flat surface, measure the dimensions you got from your blanket and mark it with fabric chalk.

We recommend that you draw connecting straight lines for your measurement marks to make sure you will have clean and straight edges for the cover.

Using a scissor, cut up the fabric on the marks gently.

Do this slowly and accurately since some fabric type will fray when pulled in between the scissors.

Cut at least four ribbons of equal length for the cover.

Step #3. Pin the sides of the top to the bottom layer, then sew

After cutting, pin the two sides of the upper layer to the bottom layer of the cover so that they are correctly fitted before you start sewing.

Also, pin the ribbons, one on each corner of the duvet cover.

These ribbons will serve as the part to fix the weighted blanket in place inside the cover later on.

Next, sew along the two sides of the duvet cover, including the ribbons.

You can do this by hand or using a sewing machine but make sure that you follow a straight line and lock your threads properly if you’re doing it by hand.

Cut off any excess threads, and if the fabric is already fraying, you can fold inward and sew the tip of the material so it doesn’t get exposed to further damage.

Step #4. Sew a zipper to the top border

After the other borders are fixed in place, you can now attach the zipper to the top for an opening whenever you need to clean either the duvet cover or the weighted blanket.

Make sure you check first if the zipper is not damaged nor gets stuck.

Open the zipper first, then fold the tips of the cover fabric before pinning the zipper on it.

The right side of the zipper should also be inside since you’ll still flip the blanket afterward.

Next, sew the zipper to the cover fabric, and once you’ve fixed the weighted blanket inside, you’re done.

Is it safe to cover a weighted blanket with a duvet cover?

Though weighted blankets are already made to have some weight on them, it’s perfectly safe to add a suitable duvet cover to them.

There are limits to how much weight is recommended for a comfortable sleep on blankets.

Duvet covers may add some additional mass to that of the blanket, but picking the suitable fabric for a duvet cover should make this amount negligible enough to allow a safe resting time.

Correctly placing and fixing the weighted blanket inside the duvet cover also adds some factors to safety and comfort, especially if the blanket is for a child.

Ensure that there are no folds on the blanket inside and that it won’t move around after the cover is closed.

This may seem unnecessary, but sparing some time for this should help you sleep better.

We hope that you were able to fully grasp how to make duvet cover for weighted blanket on our simple steps.

Besides placing your weighted blanket inside a duvet cover, protection can also come in the washing and storage.

As long as you are taking all possible manners to take care of it, your weighted blanket should last long. 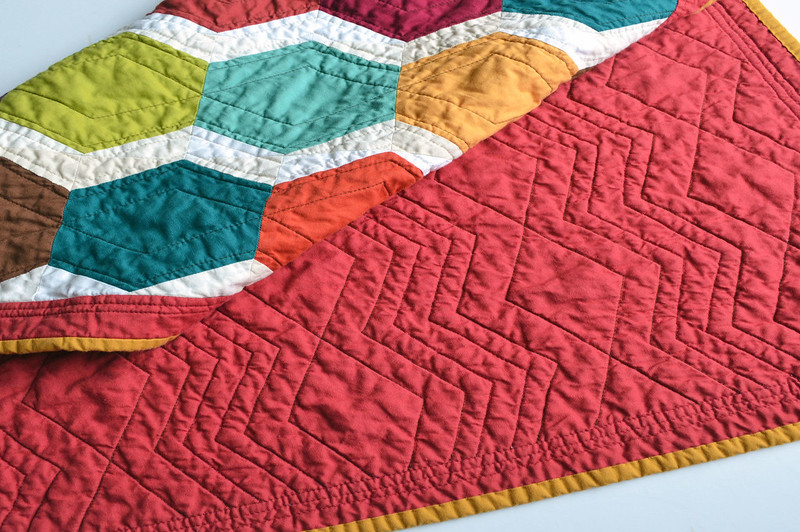