It’s easy to learn how to make dirty diaper baby shower game in four steps. We’ll teach you everything from preparing the dirty diapers to announcing the winner of this hilarious baby shower diaper game. 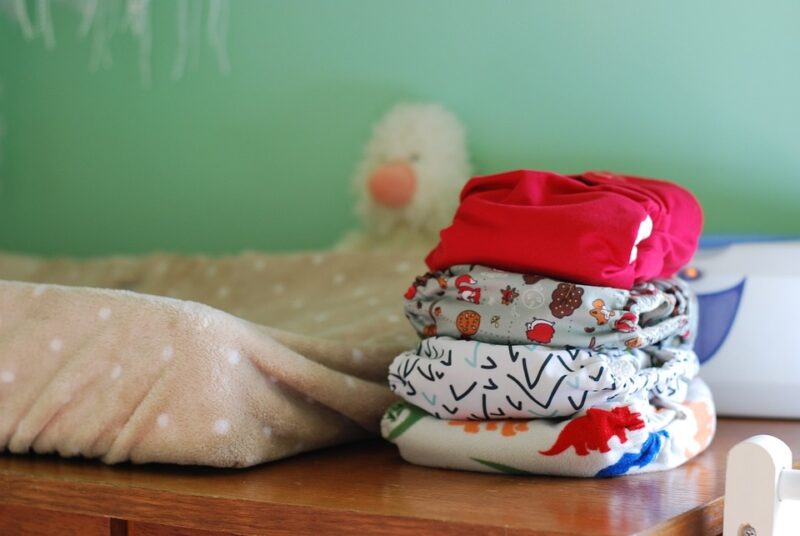 The host can also arrange a diaper raffle where guests will bring diapers that the expecting parents can use to build their diaper stockpile before their baby arrives. Here’s what is a diaper raffle at a baby shower to know more.

How To Make Dirty Diaper Baby Shower Game In 4 Steps

What Is The Prize For The Dirty Diaper Baby Shower Game Winner?

Your budget for the baby shower dirty diaper game will affect the prize for the winner. But for a great surprise, it will be nice to prepare something generous like a gift card or basket.

You can also give the winners bonus prizes if their guesses about the candy bars or baby foods are correct. And, of course, it will be funny if you smear these foods onto the diapers so unattractively that they’d look like a dirty diaper from a baby.

How Many Players Can Play The Dirty Diaper Baby Shower Game?

Most baby showers will include everyone who attends the diaper game. It’s a door game, and each guest who arrives at the door will get a diaper.

You can consider the dirty diaper game a bonus game, unlike other baby shower games where the host can select the participating guests. And for the prize, since everyone at the shower will join, plan for two gifts for two dirty diapers.

How Long Does The Dirty Diaper Baby Shower Game Last?

It would take the dirty diaper game under thirty minutes. Some hosts use the diaper game as the finale for the shower, so they might do a short speech to honor the parents-to-be and thank the guests who attended.

You can also extend the time for this game if the winner announcement is long or you want to transition into a diaper guessing game. Plan the baby shower timeline to ensure you have enough hours to play all the games.

How Do You Melt Chocolate For The Dirty Diaper Game?

Instead of baby food, it will be nastier but more hilarious to pour melted candy bars on two winning diapers. To do this, you only need to unwrap the chocolates and cut each piece.

Transfer the chocolate bar pieces onto a stainless steel bowl and put it over a skillet with water. Use medium heat to warm the chocolate until the water bubbles gently.

Remove the chocolate from the skillet, stirring so everything is nicely melted. Let the chocolate cool off, then smear it onto the diapers.

What Baby Shower Diaper Games You Can Play?

Besides the dirty diaper, you can use diapers as props for these other fun baby shower games:

Was this game tutorial easy to follow? To recap how to make dirty diaper baby shower game, smear candy bars or baby food on two diapers and wrap them the same way as other clean diapers.

Give a piece to each guest and have everyone open their diapers at the end of the shower. The two people with dirty diapers win prizes.