Are you having trouble getting mildews off your cucumbers? This article will teach you how to get rid of powdery mildew on cucumbers!

Now, you don’t have to be concerned because we’ve got your back. 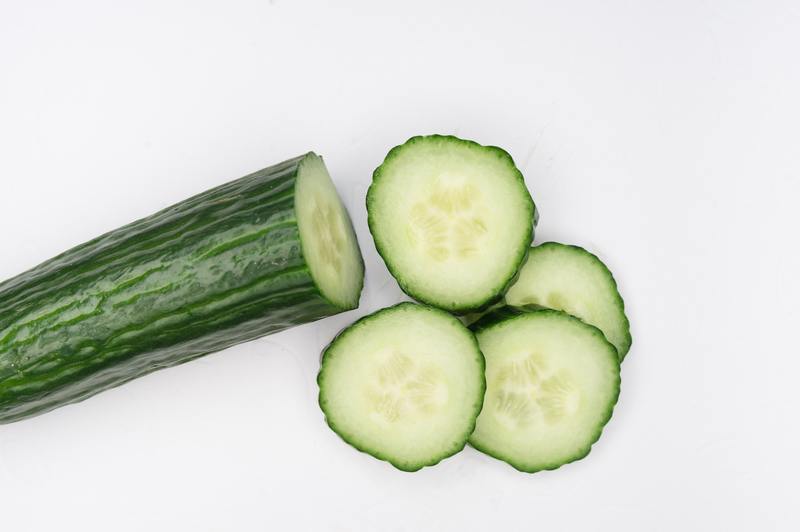 How To Identify Powdery Mildew

Growing organic food necessitates being picky about dealing with pests and diseases. White powdery spots can appear on both the upper and lower leaf surfaces and swiftly spread into enormous blotches.

Maintain adequate air circulation around plants by spacing them properly, staking them, and controlling weeds. Fungicide may be required if sensitive types are being grown in a location where powdery mildew has already caused yield loss.

White or gray powdery patches emerge on the leaf surface, typically covering the majority, if not all, of it. You can find powdery mildew on the stems of plants, flowers, and even fruit.

Thankfully, the symptoms of powdery mildew are frequently more severe than the harm itself. It is only seldom fatal to the plant.

Plant leaves can yellow, curl, or become brown in advanced stages, causing the plant to defoliate prematurely. The fungus can cause early bud drop or poor flower quality on flowering plants and trees.

Powdery mildew is a fungus that can infect a wide range of plants. Powdery mildew comes in various species, each of which targets a particular type of plant.

A layer of mildew made up of many spores grows on the top of the leaves when the fungus begins to take over one of your plants. The wind then carries these spores to neighboring plants.

Powdery mildew can stifle your plant’s growth and impair fruit yield and quality if the infection is severe enough. You may click on this related guide on how to identify powdery mildew.

Getting Rid Of Powdery Mildew On Cucumbers

Early discovery is the most effective means of containing and possibly eliminating the problem. Many commercial products are successful at preventing the spread of the disease.

However, it is not guaranteed to resolve a current issue. You can treat mildew using a variety of retail, off-the-shelf fungicide treatments.

“Chlorothalonil” is one of the most commonly utilized active components for control. Although efficient, it leaves a milky white film on the extremely transparent leaf surface.

Powdery mildew comes in a variety of forms that damage different plants. Sphaerotheca fuliginea and Erysiphe cichoracearum are the most common kinds of cucumbers, squash, and other cucurbits.

The more common of the two, fuliginea, acts and is handled the same way, so you don’t have to worry about which one is hurting your plants.

The fungus appears on cucumber leaves as a few white spots, then quickly spreads as powdery patches of excellent, thread-like mold. Because the mold acts like a cotton candy vampire, stealing nutrients from the plant, a significant infestation can cause your plants to wither if left untreated.

Even if they survive, your crop output will suffer.

Step #1. If you’ve just noticed mold on your cucumber leaves or had issues in the past and want to reduce the danger of powdery mildew, milk is a simple, all-natural preventive. Spray the milk on the plants early in the day, at a ratio of 10 parts water to 1 part milk, so it has plenty of time to dry before nightfall.

Whole milk inhibits powdery mildew, it also includes nutrients that might stimulate other bugs, so using too rich a mixture can cause additional issues. Apply once a week or twice a week.

Step #2. Baking soda has a lengthy list of purposes around the house, and treating powdery mildew is one.

A solution of 1 tablespoon of soda in a gallon of water is well enough, but you’ll need to add a surfactant, such as natural soap or dish soap, to make it work. Some gardeners also use oil, whether neem or regular cooking oil.

Spray the mixture early in the day again so that it has time to dry before evening. Powdery mildew thrives in an acidic environment, and the baking soda is caustic enough to render the leaves uninhabitable.

Baking soda builds up in your soil, but it’s in such low quantities that it’s usually not a problem, especially if you alternate with milk on a week-on, week-off basis.

You may check or click this link as a guide to know more about what temperature kills mold spores in food. For a more similar topic, try checking out why do strawberries mold.

There you go! In learning how to get rid of powdery mildew on cucumbers, we hope we were able to help you.

Make sure to store your fruits and vegetables in the right place next time to avoid mildew problems.