You will learn about the ways on how to get rid of powdery mildew in soil. All you need are household products (baking soda, liquid soap, mouthwash), plastic, and gardening materials.

Read until the end of this mildew-related article to get the best information on removing powdery mildew in soil. 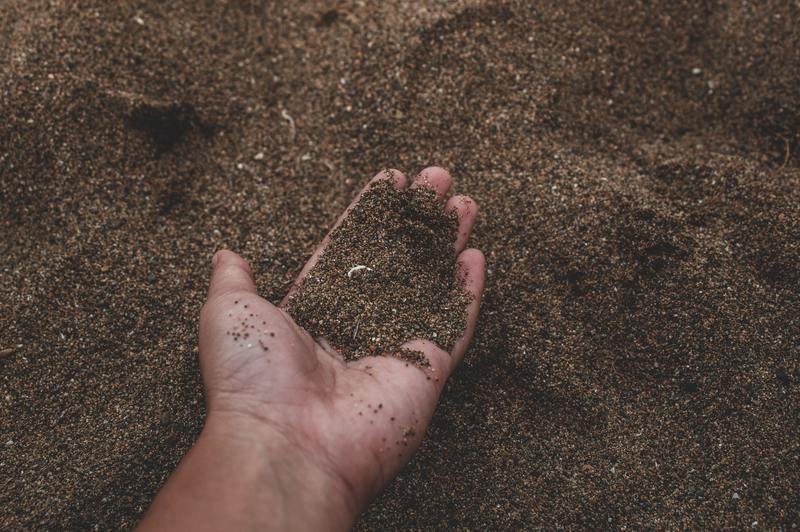 Powdery mildew is a type of mildew that typically grows on the top side of plants’ leaves. They can sometimes be found at the bottom as well, but rarely.

It usually affects plants like legumes (beans), roses, cucurbits (pumpkins), and nightshades (eggplants, tomatoes). They look like sprinkled powder on the top side of the plants’ leaves they infected.

They spread from one plant to another via the wind. The breeze carries the mildew spores to other plants or other parts of your house’s exterior, causing the contamination to spread.

Since it is more commonly identified on leaves, you can verify the existence of mildew contamination with curled and discolored leaves on your plants.

Powdery mildew is not the only type of mildew there is. We also have downy mildew — click on the linked article to determine what causes downy mildew.

What Causes Powdery Mildew In Soil?

Powdery mildew is more likely to grow in places with dry weather. In such conditions, the soil becomes a perfect environment for mildew spores.

Powdery mildew spores are airborne, and they typically live up to three years without feeding on an object. However, if you have as much as wilts or other organic debris in your plants, then your flora would suffer from mildew contamination.

Another cause of powdery mildew is insufficient ventilation caused by the lack of spaces between the plants. This crowded spacing can also make the spread of the spores faster.

How To Detect Powdery Mildew In Soil

Like leaves, powdery mildew is identified through whitish or grayish patches of powder on the soil. Another way to determine this fungus is through smell, and you cannot miss the musty scent that this mildew exudes.

If left alone for a while, these fungi would start to deteriorate your plants. The foliage will curl and become discolored, eventually defoliating.

When the contaminated leaves reach the soil, the spores would have another food source, causing them to grow more. It becomes a cycle until it’s stopped with a mildew remover.

Ways To Get Rid Of Powdery Mildew In Soil

You can use household objects to get rid of powdery mildew in the soil. Mix half a teaspoon of liquid non-detergent soap and a tablespoon of baking soda into a gallon of water.

Then pour some of the solutions on the plants. Make sure every inch is covered to kill the growth and the invisible spores.

You can also use mouthwash if you do not have baking soda. Spritz the mouthwash on the plants and let it do this magic.

For contaminated garden beds, this solution is highly recommended. You can do it as you prepare the garden bed.

First, prepare the bed by shoveling the ground and turning it with a rototiller. Rake the area to remove other forms of debris and break down dirt clods.

For those residing in hot or warm areas, use one millimeter of plastic. If your place is windy, then use two millimeters of plastic.

Put two layers of plastic on the garden bed to increase the soil’s temperature. Cut the settled plastic with a utility knife according to the width and length of the bed.

Next, dig a four- to six-inches deep trench around the garden bed’s edge. The plastic’s edge should reach the trough.

Then, fill the trough with soil to weigh down the plastic. Ensure that the plastic is tight on the surface by securing the other side of the plastic.

Bury all the plastic sides in the trench and pack down the soil by walking over them.

After putting the plastic, measure the soil’s temperature. The reading should be high enough to kill fungus, but the temperature varies.

For your reference, it should reach about 99°F in two to four weeks for cool climates. In areas with warm climates, the soil temperature should reach 117 °F for about six hours.

Dig out the garden bed’s edges to remove the plastic. Do not disturb the soil too much.

If you cannot remove the plastic without disturbing the soil, leave it. Just tear through it so you can sow seeds and do plant transplants.

A tip from an expert that the best months to solarize the soil is between May and October, for warm climates. For foggy areas, it’s better to do it during August and September.

After learning how to get rid of powdery mildew in soil, you may want to know about future prevention measures. One tip from us is to space your plants evenly so that they can breathe.

It gives them enough space for ventilation and prevents the rapid spread of mildew contamination.