Have you been asking yourself “how to get mildew smell out of towels and how to purify them”? Admit it, your towels smell mildewy and moldy, as if they’d been damp for a long time because you left them in the washer for too long.

Now you must figure out how to remove the mildew odor from towels. Suppose you frequently have this habit, and it happens all the time. 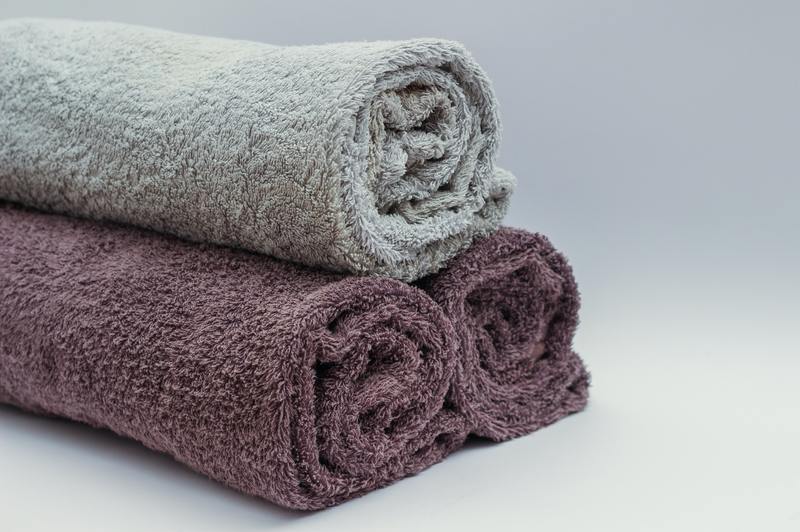 You think you’re being productive because you put a load of laundry in the washer, but you eventually forgot to shoot it in the dryer. Your clothes or towels have developed a foul odor that lingers and is simply disgusting.

We got you some helpful guides here, go check out this article why does my washer smell like mildew.

Treating Your Musty And Mildewy Towels At Home

A sour, musty odor on a towel indicates that a bacteria colony is breeding and growing. A bunched-up, damp towel in a warm room is usually all it takes to start a settlement.

Hanging your towel and letting air circulate, and drying it after use is the best way to avoid mildew. It’s unlikely that everyone in your family, especially younger children, will hang up every towel properly.

One of the most effective and efficient household ingredients for stain and odor removal is white vinegar. You can also use it to remove the detergent and hard water stains from fabrics.

Many other people remove the odor by washing their mildewy towels in warm or hot water with a cup of pure white vinegar and without detergent.

Baking soda is yet another widely known odor remover. You can throw this straight into a washing machine full of clothes and towels.

Use one-fourth to a half cup baking soda per load, followed by a white vinegar rinse.

You can use enzyme cleaners to avoid musty-smelling clothes and towels because sweat and body odor are also to blame. The majority of the products at the local farm store have a robust and perfume-like scent.

According to experts, you should use borax to pre-treat heavily soiled, damp, and smelly towels and clothing. To do so, soak the towels for an hour in a tub of hot water with a half cup of borax before having to wash them as usual.

Have you ever attempted to use a laundry enhancer? If you haven’t tried it yet, we highly recommend you should because the results are incredible.

There will be no perfume added to your clothes so that they will smell fresh. To completely remove the odor, you may need to do at least two washes.

Always dry your clothes and towels outside in direct sunlight if the weather permits. Sunrays will kill mold-causing microbes, and a breeze will help improve airflow to all of your clothing’s nooks and crannies.

Nevertheless, the sun’s bleaching effect is a drawback. Your clothes may lighten over time, making them appear old.

With repeated exposure to the sun, it may damage some fabrics. It can rip synthetic fibers and make plastic brittle in the same way.

The sun’s odor-removal power is most effective on natural fibers like cotton.

What Causes Mildew And Bacteria On Towels?

Bacteria have a terrible reputation, but some are beneficial to our health, such as bacteria found in yogurt. Harmful bacteria, on the other hand, should be dealt with as soon as possible.

Mildew is the result of harmful bacteria evolving, but it’s effortless to remove.

You should keep towels away from dark, moist areas to avoid mildew, and they should be scorched before storing to prevent musty odors. Mildew is a primarily harmless annoyance that grows on damp surfaces with no ventilation.

However, a good disinfectant wash or wipe will kill everything. They are leaving traces of detergent or fabric softener on your towels after multiple washes can attract mildew and bacteria.

It’s critical to understand how to clean towels to remove mildew and bacteria so that they can do their job correctly. Furthermore, thorough cleaning of towels regularly will help to keep them from attracting any other unsavory elements.

If you struggle to find your cleaning solution and material, here’s a helpful guide on where to buy CLR mold and mildew remover.

Towels’ thickness makes them ideal for absorbing moisture, which is excellent because they exist to drink excess water. Remember that too much moisture can be a deterrent.

That’s why, after you’ve used or washed your towels, it’s critical that you let them air dry completely.

The easiest and simplest form to avoid this is to remove your laundry from the washer as soon as it’s finished — but sometimes life gets in the way, and a freshly washed load is left in longer than it should be. That’s all of the aligned defense and control in how to get mildew smell out of towels!